Our Wedding Story: The Red to his White 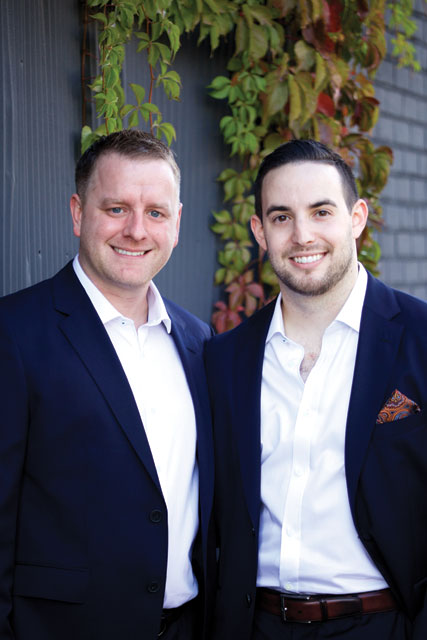 Adam Hirsch and Joe Livingston share the story of their relationship and unique wedding.

Adam Hirsch and Joe Livingston met like many couples do: in college. However, the beginning of their relationship started the way many of us only dream of: with dogs. Adam, originally from New York, grew up in Chicago before moving to Minneapolis to attend the University of Minnesota for communications and human resource development. During his college years, Adam was a dog-walker for a small local business. While dog-sitting for a mutual friend, Adam met Joe. The two instantly hit it off while walking the dogs and ended up going to dinner right after, which they spent bonding over the red labrador Adam was dog-sitting and Joe’s white labrador, leading to their commonly used expression, “He’s the red to my white.” 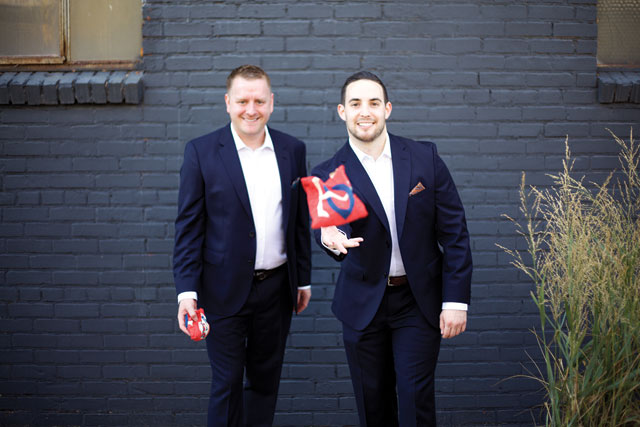 Joe, a Coon Rapids native, attended the University of Minnesota for electrical engineering and has been working in the utility power industry for almost 11 years. After meeting Adam, Joe decided to stick around Minneapolis for eight years before they decided to move to a quieter part of town in Golden Valley where they enjoy—you guessed it—walking their dogs. 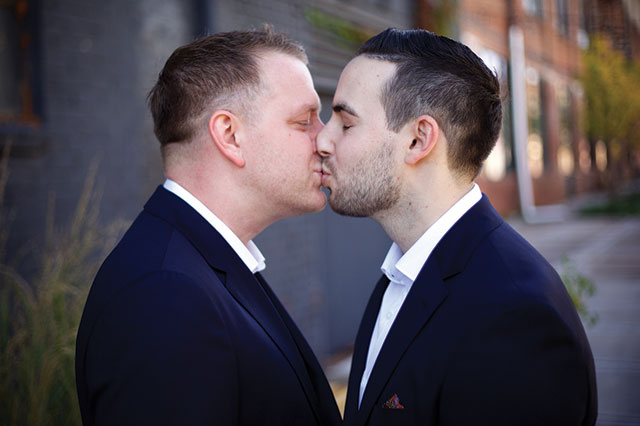 A couple years into their relationship, Adam and Joe planned an “engagement trip” to Italy where the two would avoid formalities and traditions associated with proposals. They picked out their rings, headed to Italy, and picked a night they would have their “engagement dinner.” However, that wasn’t exactly the trip that happened. 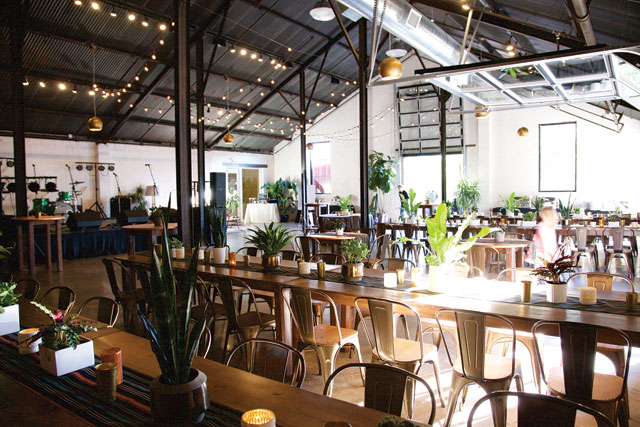 “I soon discovered that ‘I’ decided that, as Joe had something else planned: he called Delta airlines and arranged for a ‘surprise’ mid-flight. We got engaged over the Atlantic Ocean on the red eye to Venice with champagne, chocolates, and clapping and cheering from the flight attendants and other folks onboard. Talk about a good flight,” Adam says. 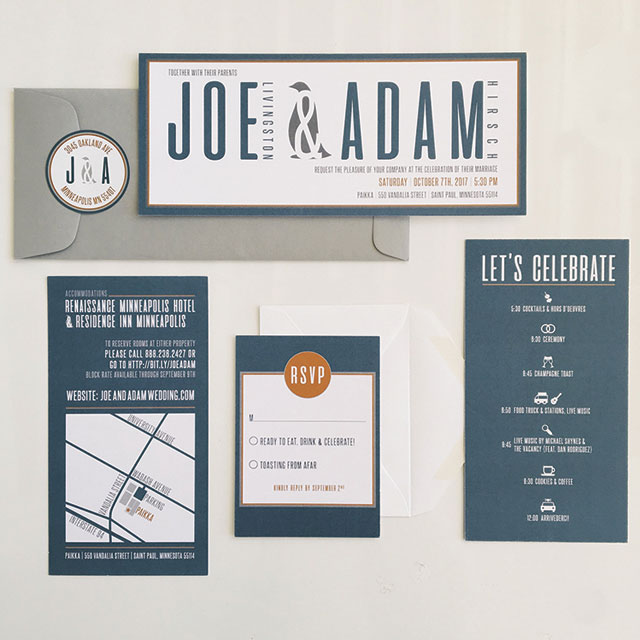 Adam and Joe got married on October 7, 2017 at Paikka, an old mattress factory in St. Paul. Initially, the couple was undecided about what kind of wedding they wanted. After much deliberation and flipping back and forth between eloping, a small wedding, and a big wedding, Adam and Joe decided that they wanted to have their friends and family enjoy their big day, too. 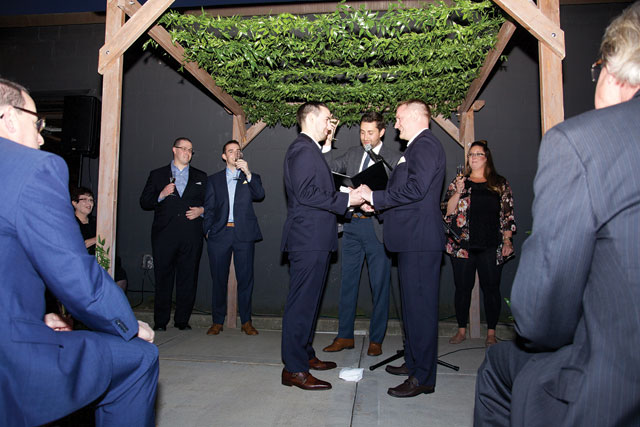 “We had about 125 people at the wedding. Overall, the vibe we were going for was casual. So, prior to our ceremony, we had a big cocktail hour that both Joe and I participated in, with special drinks: a Marriage Mule and a Joe’s Gin! This was such a fun way to start the evening,” Adam says. “Following the cocktail hour, we had an informal ceremony. In other words, there was no procession and no seating for everyone there. We simply had a few benches right at the front for immediate family, everybody else filled in around by way of standing. This worked out perfectly—not to mention we were outside on a private patio, and the weather was picturesque.”

After the ceremony, the couple had a food truck filled with food to satisfy everyone’s cravings: bacon grilled cheese, pulled chicken tacos, yuca fries, and much more. Additionally, they had food stations set up throughout the venue so no matter where guests were, food would be available throughout the entire night. For sweets, the couple opted out of a traditional wedding cake and instead had a giant cookie from T-Rex Cookies.

Since tying the knot, Adam and Joe have continued the love story that began with a simple dog-walking job.

“Simply put, Joe is the red to my white… we LOVE wine,” Adam says.