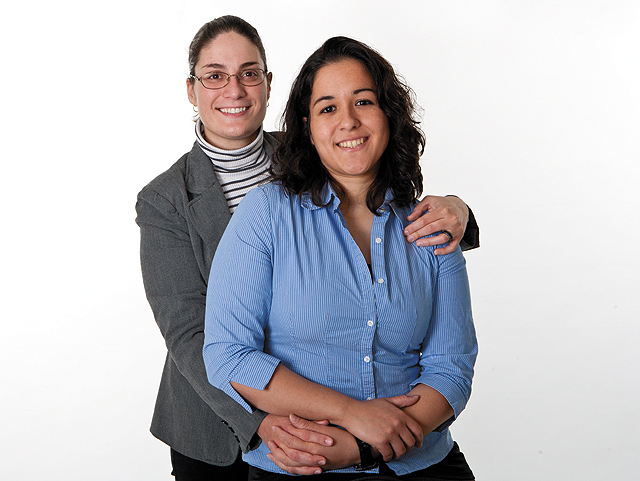 In my more than 25 years of practicing immigration law, I have seen many loving bi-national couples (one a U.S. citizen and the other a citizen anywhere else) who have sought out legal counsel to remain together in the United States. For opposite-sex couples, the solution has usually been pretty simple. Our immigration system favors marital relationships with a U.S. citizen. Yes, there can be tricky timing and travel considerations, but for the most part the process simply requires filing joint paperwork and waiting for the arduous bureaucracy to churn through its various steps, ending with an in-person interview.

Until the repeal of the Defense of Marriage Act (DOMA), same-sex bi-national couples were excluded from immigrating, even if they were legally married abroad or in a state that recognized same-sex marriage. I’ve met with many couples who wanted to live together in the United States, but couldn’t because DOMA prohibited it. Often, couples cobbled together solutions, such as extending scholastic programs far longer than normal or applying for annually renewable artist or work visas (for those talented enough to qualify and with employers willing to sponsor them).

Where there were no immigration options either to live abroad together or to get visa extensions in the United States, couples made the difficult decision for the foreign spouse to live in the underground hell of an undocumented person, unable to get work permission or even driver’s licenses. Many were caught and deported, tragically bringing their relationship to an end or requiring expensive travel, and the contortions of a long-distance romance.

Angela and Yonara Nucci are a same-sex couple living in Chaska, Minnesota, who fell in love many years ago when Yonara, a foreign student, joined Angela’s rock band in Florida. In order for Yonara, who is from Brazil, to remain in the United States and live with Angela, she had to maintain full-time student status under her student visa, which gave her very limited, temporary work options.

Yonara maintained student status for more than seven years, moving from one academic program to the next in order to legally remain with Angela. Ultimately they moved to Minnesota, so that Angela could pursue her career in criminal justice, and Yonara could attend an inexpensive graduate school program. Yonara’s continuous schooling, without being eligible for lawful gainful employment, placed an enormous financial burden on this young couple. Although they were married in Massachusetts before DOMA fell, they still could not file for immigration benefits.

Finally, on June 25, 2013, after a lot of hard work from advocates, including those from The DOMA Project who pointed out the many cases of unjust deportations of U.S. citizens’ spouses, DOMA was repealed. Same-sex couples could finally avail themselves of all the rights available to heterosexual couples, including the right to apply for immigration benefits.

According the Williams Institute at the UCLA School of Law, as of 2010 there were over 28,000 same-sex couples where one partner had U.S. citizenship and the other did not, who would now be able to obtain immigration benefits. The American citizens in these couples are now able to petition for permanent residence for their partners.

With the demise of DOMA, Angela and Yonara were delighted to be able to seek legal counsel and go about the immigration process just like any other bi-national married couple in the United States. The procedure involves the U.S. citizen spouse filing an application establishing that the marriage is real, and the foreign spouse filing an application proving that she is qualified to become a U.S. lawful permanent resident (meaning that she has a clean criminal and immigration record). The couple also has to show that they are self-supporting, and that the foreign spouse (Yonara) is unlikely to ever become a public charge.

Within four months of my initial meeting with the Nuccis, on a freezing cold December morning in 2013, they were interviewed and approved by the local immigration office. The couple was asked routine, standard questions about when and where they met and about their families. Yonara and Angela are lucky to have supportive families, and were able to show photos and explain a history together that dates back many years. In short order, it was clear to me that they would be approved.

It was an exciting day for us all, and the immigration officer even admitted that it was the first case of its kind for her as well. Aside from making history, the approval was a huge relief to Angela and Yonara. As the new holder of a green card, Yonara could now get a full-time job, quit being a perennial student, and travel abroad to visit family without worrying about being unable to return to the United States. (Because student visas require only “temporary intent” to reside in the United States, many students avoid travel, and end up spending years away from their families.) In addition to everything else, Yonara finally could share the financial burdens of their household with Angela.

Immigration benefits are now available for all same-sex married couples across the country, even in states where same-sex marriage is not recognized. After a quarter of a century representing couples at their marriage interviews, I was thrilled to participate in such an historic moment. As momentous as it was, the process itself was gloriously routine!

I told Yonara and Angela afterwards that with their long-term committed relationship and spotless immigration record, they were poster children for what was undoubtedly an important and educational experience for our local immigration office (not to mention me). I drove away from their interview feeling grateful that I have practiced law long enough to see this moment, this “new normal” that our younger lawyers and immigration officers will take for granted in the future.

No longer will I have to work legal contortions to ensure that two people who have committed to a life together can remain living side by side. As I drove I remembered a time decades ago when I was with a group of immigration lawyers sitting around with some immigration officers in the very same building where Yonara and Angela were interviewed. Someone joked about the preposterous idea of having to interview same-sex couples one day. One officer said, “That’s going to happen when hell freezes over!” Well, I thought, it only seemed fitting that the temperature had dipped below zero on that cold December morning, because hell had indeed frozen over.

Laura Danielson is the chair of the Immigration Group at Fredrikson & Byron in Minneapolis. Laura works with individuals, companies, investors and other professionals in non-immigrant and immigrant visa matters with special concentration on arts, business, and investor-based immigration. She also has expertise in I-9 audits, employer sanctions, family immigration, asylum and naturalization matters. She can be reached at [email protected]