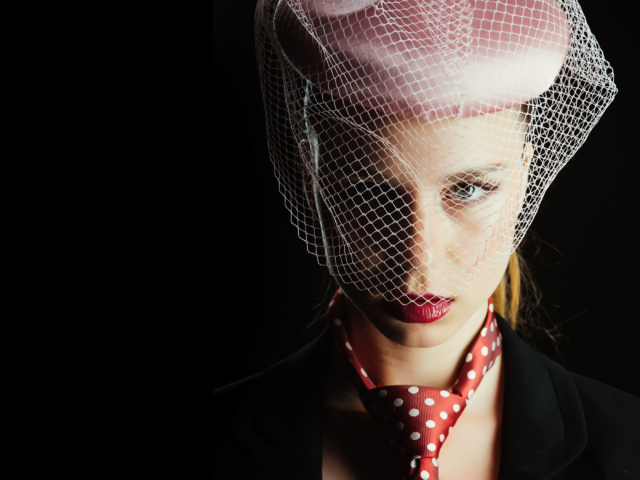 Even though Scott is only ten years older than me, he prefers to live in the early part of the last century. His emails always read like telegraphs. He judges people harshly on the quality of their fine china. And he once tried to pull off a monocle until I told him it made him look more like Mr. Peanut than Lord Tennyson.

(Side note: I took the trouble to research famous people who wore monocles for this column because I care about accuracy! My columns are not fake news! Did you know that Radclyffe Hall and other members of the early 20th century lesbian smart set wore monocles? If I met one of these monocle-wearing broads at a Left Bank salon in the 1920s, I would have known immediately that they were trouble and would have steered clear. I have enough issues with women without adding impractical eyewear to the mix.)

I was less than enthusiastic about the news of a new biography of Wallis Simpson.

(For those of you who don’t know what you should about the scandals that hit the British monarchy nearly 100 years ago, Wallis Simpson was the twice-divorced American whose love affair with Edward VIII resulted in his abdication.)

Simpson has always struck me as a high-end grifter, living from man-to-man and surviving on handouts from wealthy patrons. I need more depth in my heroines: scrappy upstarts who use talent and a can-do attitude to merrily overcome Dickensian childhoods, rotten husbands, and boozy public humiliations. Simpson doesn’t seem to have any of these qualities, plus she subsisted on little but whiskey and water, and I’m suspect of anyone who doesn’t enjoy food.

I do appreciate the fact that if it wasn’t for her sexual manipulation of the British throne, we wouldn’t have Charles and Diana and all the fun (and tragic) royal scandals of the 1980s and 1990s that ran parallel to the much less celebrated—but equally dramatic!—romantic scandals of my young adulthood.

Wallis Simpson has always been a sore spot between Scott and me. He has long tried to convince me that she’s fascinating. He dangled a rumor that she was a hermaphrodite, which I found mildly compelling until I discovered that her masculine features were more likely due to extreme diets and injections of monkey hormones than any creative biological impulse.

He also told me that Simpson had lured Edward into a sexual trap with techniques she learned under the tutelage of a Shanghai madam. I’ll admit that I was intrigued enough by this rumor to buy the new biography to get confirmation. It would take real gumption to sail to China, track down a madam, and learn her trade.

Scott has served me as something of a Shanghai madam for the past two decades. He has taken it upon himself to guide me through a harrowing series of romantic travails, doling out advice that is short on practicality and has little application to modern lesbian wooing. His advice runs along the lines of: “Wear hat with veils! Women will think you’re mysterious!”

None of his advice has ever helped me land a lady, but I have dutifully followed it because it’s fun and interesting, which is more than I can say for Wallis Simpson. After reading the biography at Scott’s urging, I learned that there was no Shanghai madam! No sexual trickery!

But I did learn that a Nazi diplomat once sent Simpson 23 carnations to commemorate the number of times they slept together.

“Who keeps track of such things?” I asked Scott during our book discussion.

“And with carnations!” he sniffed. “Maybe she wasn’t as interesting as we’ve been led to believe.”