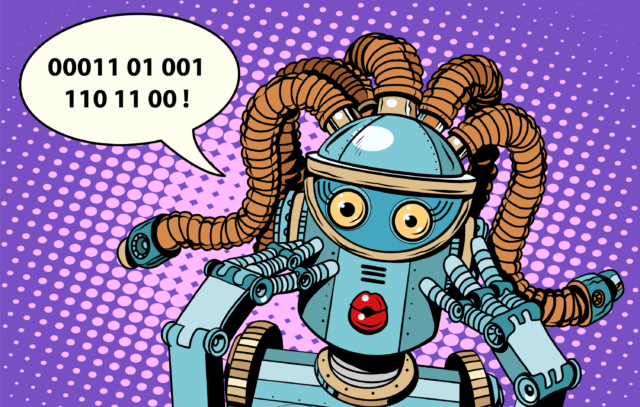 I always thought it would be great to have a robot girlfriend. Finally, someone who will do what I want, when I want it, and won’t give me any guff.

So, when Siri was invented by Apple, I was delighted! But Siri quickly put me on notice that she held me in the same low regard as my real life girlfriends. She routinely disagreed with my opinions, giving me alternate suggestions and flatly refusing to provide me with information I requested. Or she’d twist my clear instructions in order to manipulate me to satisfy her own malevolent whims.

It was Siri who directed me to a lesbian bar in a small Midwestern town that ultimately resulted in a misbegotten romance with a proprietress of a ferret farm. Five years later and I’m still finding clothing in the back of my closet coated in bad memories and weasel fur.

Recently, I made the mistake of buying Amazon’s Echo for our house. The ad promised that it was a device “you can control with your own voice!” Since I am unable to control any carbon-based life form in my home with my voice (my girlfriend, her kids, my dogs) I snapped it up.

I had no idea what the Echo was designed to do, but I had some lofty expectations. I imagined it would follow me around the house, bleating in sympathy as I told it my woes, chasing off people and pets who tried to disturb me when I’m watching “my shows,” and doing some light housework.

Instead, what arrived was a black monolith that stared at me dumbly for hours while I desperately tried to get it to communicate with me. When my girlfriend’s 11-year-old arrived home, it instantly lit up in a blaze of color and announced that its name was Alexa and lived to serve him. He carried it off to his room and the happy couple hasn’t been seen since.

In the corner of the room is a robot vacuum cleaner with the brand name Hazel. I had high hopes for this device, which looks like a grounded flying saucer. But other than regularly engaging in noisy battles with my French bulldog, this robot has done little but break my heart. I thought I would finally have an ally in the vacuuming cold war that has plagued my household from the day that my girlfriend and I moved in with each other. But it proved to be lazy and clumsy, taking days to charge its battery and then bumping repeatedly into the same wall until it caused itself irreversible brain damage.

My favorite of these was a 12-minute video titled “Programming a Lesbian Robot.” This involved a comely blonde lady scientist in black lingerie programming a tall brunette robot in red lingerie to orgasm. Other robots were introduced throughout the story in order to complete this engineering feat.

Just as I got to the climax of the film, where a male scientist stumbles upon the lesbian robot turning the tables on the lady scientist, my girlfriend walked into the room.

“What are you doing?” she asked.

“Watching a science video on how to make a lesbian robot,” I answered wistfully.

“Yeah, well forget about it. The last thing I need is another lesbian in this house not following my orders. Now turn off the computer and start the vacuum.”