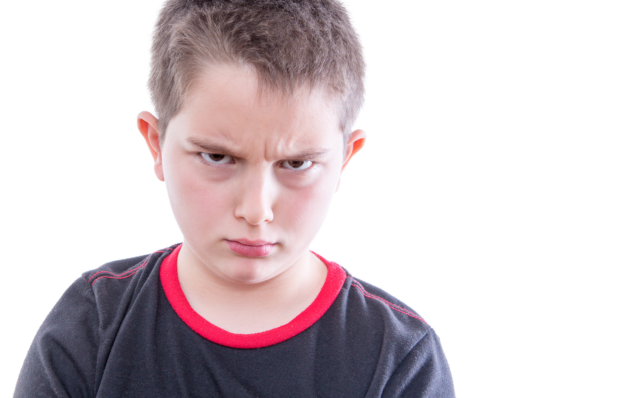 Yesterday I was at the zoo with my girlfriend’s tween son, Horace, desperately searching for the otter exhibit. (Note: Horace is not his real name, but it should be. He’s amazingly old-timey. He goes to bed with a hot water bottle, holds strident views on linen thread count, and has requested a silk smoking jacket for Christmas. He’s like a 12-year-old pasha from the Ottoman Empire.)

“Let’s ask that lady in the information booth,” I said, pointing at a sweet-faced gray-haired woman wearing what appeared to be a homemade macramé sweater vest.

“Oh, Jennifer,” Horace said in that tone that he uses to verbally slap me for my stupidity. “How do you know that she identifies as a woman?”

I was confused by the question, and suspected that whatever answer I gave would be terribly wrong. “Umm, because she has breasts and is wearing a macramé sweater vest?”

He sighed heavily and shook his head in sad defeat. This kid really loves me and it so disappoints him that I am such an idiot. He treats me like a favored pet that’s slightly brain damaged.

“Oh, Jennifer, you can’t just assume (his favorite word!) that just because she looks like a female that she identifies as such.” (I’m not kidding! He really talks this way!)

Ever since Horace entered middle school, he’s been vigilant about challenging my girlfriend’s and my views on gender and sexuality. Dinner time has become something akin to the Inquisition, where he sets us up with questions that he knows we’ll answer incorrectly and then spends the rest of the evening punishing us for our heresy against modern queer doctrine.

Most evenings, after we exercise the only power we have over him (his 9 p.m. bedtime) we retreat to our room, hide under the sheets, and bitterly commiserate about how we’re the gays in this family and how dare he tell us that we are behind the times on gender stuff. But, since he terrifies us, we complain very quietly because we don’t want him to leap out of bed and lecture us until midnight on our backwards thinking.

This all started a year ago when I innocently asked him if he had a crush on any girls at school. He was in fifth grade, and we had been discussing how some of his friends already had girlfriends.

“Oh, Jennifer, why would you assume that I’m interested in girls,” he scolded.

The first club he joined in middle school was the GSA. I wrongly assumed that the acronym stood for Gay Straight Alliance.

“Wrong, again,” he said. “Gender Sexuality Allegiance.” And then went on to lecture me about how my binary views on gender and sexuality were as old-timey as his hot water bottle. He said the GSA is considered the coolest club in school.

He told me that many of his friends identify as pansexual, demisexual, sapiosexual, transsexual, heteroflexible, homoflexible, or any combination of -sexual/-flexibles. And then had to define each of these designations because, again, I’m an imbecile.

In my defense, I explained that when I was in middle school, identifying as anything other than straight was not an option. And even at age 25, when I first met his mom, we were so scared of our attraction that we ran screaming from each other and retreated to the comforts of heterosexuality for years.

“Back in my day,” I said, “you were either straight or gay. There was no pan-anything. We even looked askance at bisexuals. We just thought they were flakey. They simply couldn’t make up their minds and commit!”

He responded by shaking his head sadly at my entire pathetic generation.