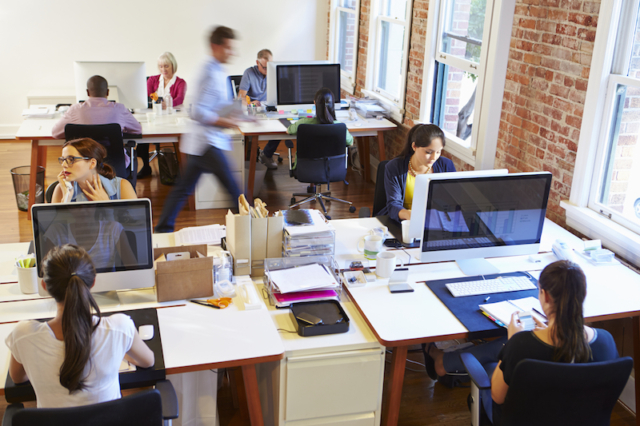 There are a lot of benefits to being a lesbian.

But it wasn’t until just yesterday that I realized the skill sets I’ve learned by being a lesbian would benefit my career.

About three years ago, I started a job in an organization that is dominated by women. This was a sea change for me given that I was coming from corporate America, which is run largely by men.

Anything I write about the differences between women versus men in the workplace will just get me in trouble, and result in me having to figure out how to log into Twitter to read nasty messages from both sexes aimed at my ignorance, overgeneralization, and stupidity.

And, honestly, I’ve had a stressful week and have the emotional wherewithal to take on only half the population at present. So, let’s focus on what are two of the best things about working in a female-dominated organization:

Warning: Women all accept the role monthly hormonal surges play in our moods. And it’s perfectly acceptable to reference it when explaining emotional fragility, though we generally do so only to other women, because we all understand that this is not a weakness or form of temporary insanity. Men, this is dangerous territory and I advise you to never, ever raise the issue. Even if you think you are being helpful, you are not.

No woman will think that crying at the office is a reflection on your ability to perform your job or your professionalism. We’ll bring you a donut, comfort you with funny stories of when we’ve cried at work, and then we’ll get back to business.

One of the biggest challenges I’ve faced since working in a mostly female environment, though, is the extremes people will go to to avoid:

Recently, there was a situation that called for confronting a staff member over a misguided project strategy. No one wanted to do it because this staff member, though widely respected, was known to use yelling as her first defense. If you could get past that, she was very reasonable and easy to work with. But everyone was scared to venture into the lion’s den. Everyone, that is, except me. Why? Because I’m a lesbian.

After over an hour locked in her office, the walls rattling like angry tea kettles as we stood toe-to-toe screaming at each other, we settled down, sorted out a solution and happily rolled out a new project plan to staff.

A few of my colleagues cornered me afterward and asked me how I did it. “I’m a 51-year-old lesbian,” I said. “And I have a very long history of being yelled at by women. And the way to respond is to yell right back at them. It’s not scary. It’s therapeutic. It doesn’t end a relationship. It starts a conversation. Now let’s go eat some cake.”