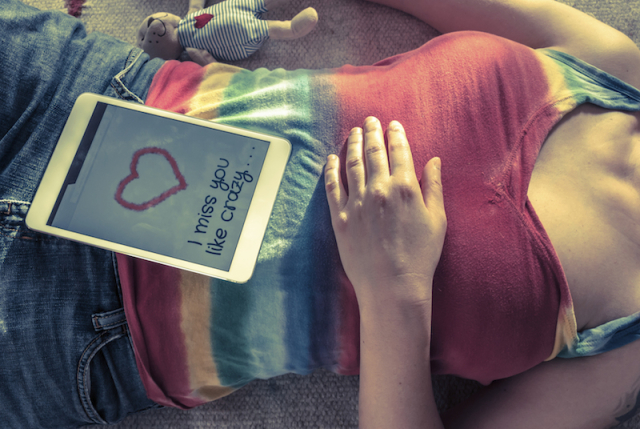 I won’t go into past Valentine’s Day fails. They’ve been well documented in this column over the years — the bad food, the tears, the vomiting. They shared a common thread: they were constructed on a flimsy foundation of ridiculously high expectations, which quickly crumbled under the weight of the romantic facade being built on top of it.

This holiday had all the earmarks of another disappointment, and yet….

The day started by my waking up in another state, where I had been on a work assignment. I had slept only a couple hours so I was exhausted. But I pulled myself out of bed and hurried home because it was Valentine’s Day! I assumed my girlfriend would be awake, because even though she’s not a morning person (understatement of the century) this would be our first Valentine’s Day together, and I was driving a long distance, and her kids would still be asleep, and maybe we could get a little cuddling in before all hell broke loose.

However, when I arrived at 10 a.m., not only was she still asleep, but she had dead-bolted all the doors. So, I couldn’t get into the house. It was the coldest day of the year and it was snowing. It was a type of aggressive, angry snow that made it feel like each flake was determined to kill me.

I scaled the fence and knocked on her bedroom window. No response. So I knocked harder. Still nothing. Sighing heavily, I scaled the fence again and lay on the doorbell, knowing full well that it would wake up everyone in the place, thus ending any hope of cuddling.

Since the morning was lost, I announced that I was taking a nap, a laughable notion in a home populated by a) an argumentative preteen with a lot of energy, a very loud voice, and a fondness for sugary drinks; b) a teenaged musical prodigy who demonstrates his genius at all hours by pounding on whatever musical instrument is within reach; c) my girlfriend, who really loves to vacuum; and d) three dogs, two of whom are terriers.

Needless to say, I didn’t get a nap.

Later, we all ventured out into the storm to go to an art gallery. When we arrived, we discovered that it was closed. So then we had a spirited argument about where to eat; the loudest and bossiest of the kids won. We went to an uninspiring chain restaurant, which, we were all devastated to learn, had recently removed potato skins from the menu. The main argument in favor of this restaurant was the potato skins.

After returning home, I tried to cuddle with my girl on the couch but was quickly banished to “the dog chair” (which is exactly what it sounds like: a chair where all three dogs sleep) by her proprietary preteen, who firmly planted his flag on his mom for the rest of the evening.

Finally I shuffled off to bed. Alone. Just as I was nodding off, I was jolted awake by the preteen, who was bouncing on the bed, cackling maniacally. His mother shooed him to his room and, finally, laid down beside me. She put her arm around me, which, as always, was like being enveloped in a calming quilt of love, warmth, and contentment.

“Sorry it was hectic today,” she said.

I thought of the kids, who love me enough to misbehave freely; the dogs, scream-barking to protect us from the neighborhood varmints; and my girl, whose embrace is a magical tonic, one that I need to figure out how to bottle and make money off of.

“Best Valentine’s Day ever,” I mumbled, as I drifted into sleep.