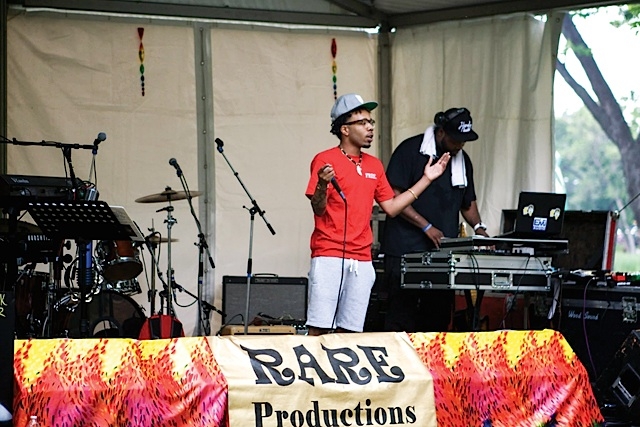 In 2000, Roxanne Anderson was working the Minnesota Men of Color (MMOC) table at Pride. One of the main stages was nearby, and the music for the drag performances echoed around the table. A young trans woman who had just been performing on the stage approached, clearly upset.

She said her song had been interrupted prematurely, and she had been asked to leave the stage. “The MC didn’t get her and didn’t get what her performance was about,” says Anderson. “And this young trans woman of color kind of demanded that MMOC do something about it. We brainstormed with her and brought it back to the office, where we brainstormed with a larger group of folks. And the Power to the People (P2P) stage was born out of that.”

Roxanne Anderson, who uses the pronouns “they,” “them,” and “their,” is the trans and racial justice director for Outfront Minnesota and has been working as an activist and community organizer for decades. They say the P2P stage, described by Lavender magazine in 2014 as “a multicultural experience featuring spoken word, hip-hop, and rap,” came out of a desire to create a space where people of color could find each other and see themselves represented, and where social service organizations could intersect with the communities of color they were trying to reach.

In the area’s inaugural year in 2001, more than 15 artists performed on the P2P stage and 23 different cultural and social service organizations were represented. “Before, if you were an LGBT person of color walking around the Pride festival, every 3–5 minutes you might pass another person of color and give that little nod of recognition,” says Anderson. “The P2P stage gave us a place to meet together as black, Native, Asian, and Latina/o folks, and see our cultures and identities represented and celebrated.”

In the early days, it was difficult to gain support for the vision of the P2P stage. “We really started as a grassroots band of rabble rousers,” says Anderson. “People questioned why the area was needed.” Anderson points to the crucial role played by MMOC Founder Nick Metcalf. “It was his guidance and his ability to network with organizations that made it happen. It wasn’t super easy to go into a room of folks we didn’t know, say that people of color need something different, and convince them to give us the opportunity to make that happen.” In those early years, MMOC and the agencies that supported them did the heavy lifting, figuratively and literally, hauling the sound equipment and assembling the stage themselves, with financial support from a modest PFund Foundation grant. 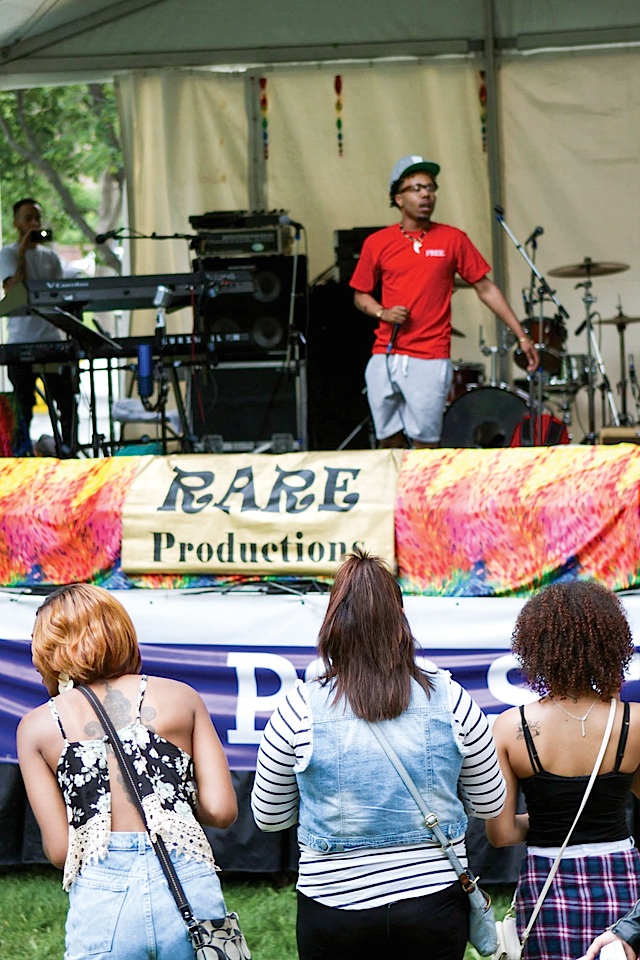 “When Cheryl Maloney became executive director of Pride [in 2006], she really saw what the P2P area was doing for the community and the agencies tabling there,” says Anderson. Maloney started to grow the area through sponsorships, which facilitated P2P becoming a main performance stage at Pride and helped fly in some bigger-name stars that made the stage a destination for attendees. “Now we had people lining up throughout the park to come into the tent,” says Anderson.

And while entertainment, celebration, and representation were always key components of the P2P stage, facilitating access to social service organizations that work with communities of color was just as important. “Art is a way communities of color often engage people around topics that might not be that fun,” Anderson explains. “How do you get people into a room to talk about HIV? Well, you put a big star in that room.”

In 2011 Anderson founded RARE Productions, a GLBTQ arts and entertainment media company, which has produced the entertainment at the P2P stage for the past five years. The 2016 Pride festival will be the final time RARE manages the stage, as Anderson is eager to give other people the chance to express themselves through the venue. “It’s always good to pass the baton,” says Anderson, “and, after 15 years, other people are interested.”

Current executive director of Twin Cities Pride Dot Belstler talks with great appreciation of how the P2P stage has grown to become one of the most excellent performance spaces at the festival. “It’s been phenomenal. We’ve been able to integrate its location into the park more, and it grows and grows. I appreciate all the work Roxanne and the team have put in over the years and look forward to seeing what it will become in the future.”