A Word In Edgewise: Brief Notes on a Long Life 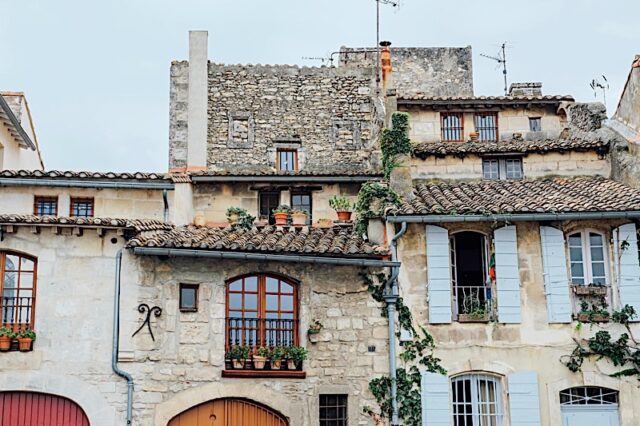 Jeanne Louise Calment was born 21 February 1875 in Arles, France, and died there August 4, 1997. One hundred twenty-two years and 164 days. Some naysayers since have asserted that her daughter Yvonne assumed her identity in 1934, but the evidence doesn’t yet prove that.

Jean-Marie Robine, who helped validate Calment’s age in the 1990s pointed out that the entire city of Arles would have had to be in on the scheme as Calment’s husband Fernand substituted his daughter for his wife. I’m sticking with Jeanne and Occam’s razor.

I first read of her after she’d outlived lawyer André-François Raffray, with whom in 1965 she sold her apartment en viager, or contingency contract. Perfectly legal. Someone wanting a house or apartment negotiates with the owner on a down payment—un bouquet—and a monthly sum, paid until the owner’s demise and the buyer moves in. The owner remains in residence, assured of a monthly income, in Calment’s case, 2,500 francs or about $400 USD. Calment was 90; what could go wrong?

The petite (4’ 11”) Calment lived alone from her 88th year to just before her 110th birthday, when water pipes froze in the severe winter of 1985 and she decided to move to a nursing home.

In her new abode, Maison du Lac, Calment kept to a simple, though not Spartan regimen. Starting her day at 6:45 with prayer, she then donned her stereo headset and exercised in her armchair, stretching and flexing her limbs.

Don’t look for any “Calment Longevity Diet Plans.”  She ate red meat for lunch, devoured some two pounds of chocolate weekly, smoked a postprandial Dunhill cigarette and enjoyed a glass of port. She prepared daily fruit salads for herself, and allowed that she preferred fried and spicy foods to the Maison’s bland institutional offerings.

Calment had a brief movie career at 114, a spot in Vincent and Me, and at 120 released her first funk/rap record, Mistress in Time. Interestingly, her husband, Fernand Nicolas Calment, was a double second cousin—their paternal grandfathers were brothers, their paternal grandmothers sisters. Calment never had to work, but enjoyed athletics and music, and engaged in fencing, tennis, cycling, swimming, and playing the piano with musical friends.

Intrigued, doctors tested a wide range of physical and mental areas. During the latter, doctors deemed her uncommonly alert. She herself asserted that she had never ever been ill, recalled that she’d been vaccinated in her youth, but not for what. She reported having seen Van Gogh when she was 12 or 13: “Very ugly, ungracious, impolite, sick.”

A genetic analysis of her HLA (Human leukocyte  antigen system involved in the regulation of the immune system) indicated the presence of the DR1 allele, often found in centenarians.

I think of Calment today because 1) Now I’m old;  2) I admire her pragmatic adaptation to her life circumstances (Germans occupied her apartment in 1942, “but didn’t take anything”)  Even in La Maison she attended to her own dietary wishes and daily hygiene 3) Unique both in age and her ratiocination, she allowed scientists to prod and test to gain knowledge. And finally, 4) The more I learned about Mme. Calment, the more I wondered how I would handle senescence and its plaguy encroachments.