Bodybuilding: Nothing Worth Having Comes Easy 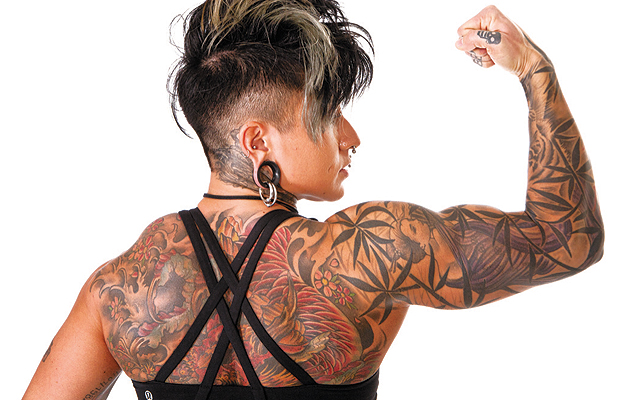 Emi Monson’s story begins like so many others: she grew up in a fairly small city (Ham Lake, Minnesota), graduated college with honors, worked retail while attending college, and continued the retail route for a couple years after graduation to figure out where she wanted to go career-wise.

Deciding the retail route wasn’t in her long-term goals, Emi convinced her tattoo artist at the time to take her on as an apprentice in 2011. As of last September, Emi has been working at Jackalope Tattoo in Minneapolis. “We are an all-female shop and I absolutely love it,” she says.

And then came bodybuilding. Active in various sports most of her life, Emi fell off the wagon with active sports upon graduating high school and found herself engulfed in school and living on a school diet. This subsequently led to a 30-pound weight gain her freshman year of college. “Believe it or not, it wasn’t alcohol as I do not and did not drink,” she says. “When I realized how much weight I had gained, I kind of freaked out.”

Emi started hitting the gym every day, shedding every pound she had gained, eventually getting into yoga. It was one of her instructors (and now close friend) who had seen her progress in building strength and definition who suggested she try competing sometime.

“I am the type of person that if you challenge me with something I am bound to accept the challenge, so I decided to start lifting weights and working on my diet,” Emi says. “I ended up building a full gym in my basement by accumulating things from my parents and Craigslist. I even bought 20 full-size gym mirrors and installed them so I could watch my form and work on posing for competition.”

“The victories I had last year meant the world to me,” Emi says. “I dedicated countless hours to training and preparing to compete. No matter how I was feeling I needed to find a way to press on and achieve my goals. Whether I was tired, stressed out, or feeling under the weather I continued to train and diet and push on.”

The stress took a toll on Emi just before her second trophy. She shares, “I had a friend’s wedding to attend a few days prior and watching people eat cake and flavorful food literally brought me to tears that day.” 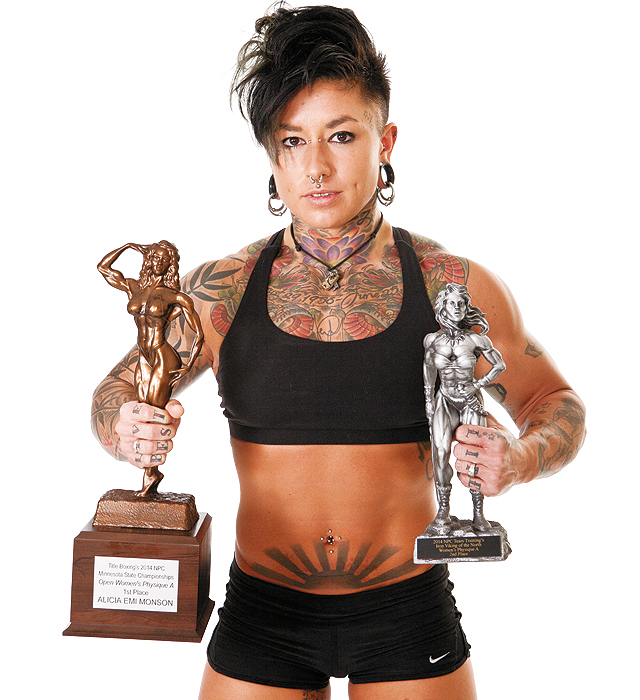 Emi had to leave the wedding reception because it took such a toll on her mentally. But, she says, taking first place made it worth it. “I was pretty much in shock and have never smiled so big. And you better believe I froze a cupcake from the wedding and brought it with to the competition that day. I ate it right in front of my friends who were married earlier that week.”

But what made this win extra special? Emi says that comparing her to the other female competitors, she stands out like a sore thumb. Most of the females have long hair, few to no tattoos or piercings, sparkly suits, and are extremely feminine. This is what the judges are used to seeing. And then there was Emi, with a mohawk, tons of tattoos and piercings and a plain black suit.

“It was clear to me that my look could impact the judges’ scores for me after my first competition,” she says, seeing score sheets where one of the judges gave her lower scores than one of the competitors who wasn’t comparable to the shape Emi was in for the show. “However that is just the name of the game in this industry. If a judge doesn’t like your look they will score you accordingly. So I have known that my appearance can easily negatively impact my scores with the amount of tattoo coverage I have, all of my piercings and my edgy hair cut. Because of this I knew, without a doubt, that when I took first place in my most recent competition that I earned it.”

Competing is a lifestyle, not something you can just do temporarily and then quit. Your body rebounds badly and going back to an unhealthy diet after eating so clean will make you sick. Emi cautions, it is really a matter of changing an entire mindset and the way you live your life. On top of all the mental and physical investments, competing is a huge financial investment. Eating six times per day isn’t cheap, especially with the high price of nutritional foods. Add in the cost of a coach, competition fees, a suit, tanning, makeup and hair, and a monthly gym fee, the investment to compete can add up to thousands of dollars. The commitment to compete is definitely not a small one.

Compared to those just interested in health and fitness, competing bares a lot of resemblances. The main difference is that competing includes a lot more dieting. “That is the only way we can get ourselves down to being able to see every muscle and have all almost no body fat,” Emi says. “You could not survive on the amount of body fat we have on the day of a competition. You could survive a few days, and then after that you’re going to get sick.”

Because of the extremism of the competing diet, Emi emphasizes that it isn’t every day occurrence and is really only reserved for competition days and, as she stated, will make a person sick. The competition diet isn’t recommended for those looking to be healthy and maintain regular fitness. Other than the extremely strict diet, Emi says that most people who are in to fitness probably do a lot of the same things. “I find that even my friends who simply like to work out and eat healthy but don’t compete make a lot of the same life decisions and devote the same amount of time I do to their fitness. I’ve found that most people who are fitness-oriented spend most days working out, eating healthy, and making life decisions that allow them to keep their bodies fit and healthy.”

In terms of her future, Emy says she is honestly unsure what it has in store for her. She plans to compete as long as she can, hoping to some day earn a pro card and do larger competitions, but right now Emi is taking it year by year. 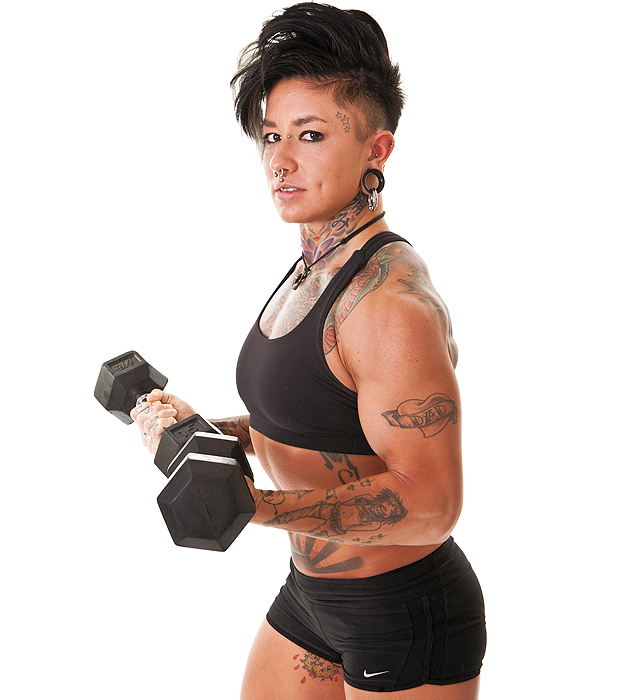 “I am currently just trying to help inspire others to become fit and healthy,” she says. “I think it is important for everyone to be healthy and happy. I have had a lot of friends or even just followers from social media tell me that my constant posts about working out, changes I am making in myself, or healthy food tips are inspiring for them and that is something I want to continue to do.”

For people looking to compete, Emi subscribes to one thought: You can do literally anything you put your mind to. “Just make sure that you are ready to be challenged both mentally and phsyically,” she says.

Perhaps the hardest part of competing is finding the right support group. Emi advises surrounding yourself with people who support you in your goals and who want you to succeed. She warns that people are going to question every aspect of the competing lifestyle: why you eat so little, why you eat so much, why you eat so frequently, why you won’t just have a drink or eat a candy bar with them.

“People will try to pressure you to stop dieting or to take a break,” Emi says. “You will find that a lot of people might not necessarily understand why you are competing. I had friends literally take my lifestyle change personally and were frustrated that my schedule worked around when I ate and worked out. Competing is not an easy thing to do but it is worth every second of sweat and tears in the end. Strive to achieve your goals no matter what and you will succeed in the end.”