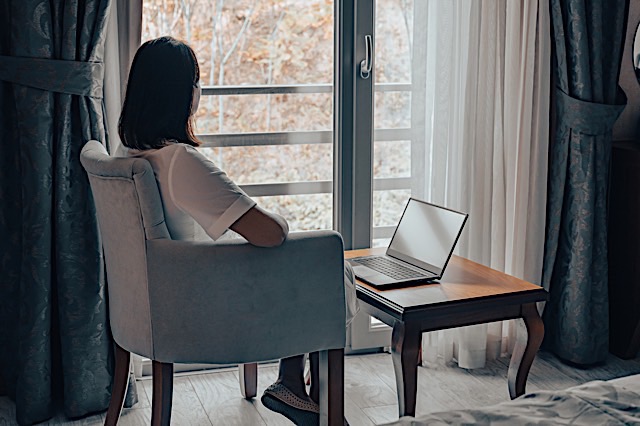 I can’t give you many details about the most recent worst day of my life. All I can tell you is that unlike the sudden death of my brother, this fresher disaster was one of my own making. For a year following this very bad day, I feared I’d never recover from it. Now, two years past the trauma, it’s a distant memory.

This morning, I tried to summon the bottomless panic, despair, shame and guilt I felt during that terrible time two years ago. But all I feel is empathy for the person who suffered so mightily as the result of her own stupidity. It seems as if all that horribleness happened to a completely different person. And that’s because—in many ways—I am a different person.

In the depths of my despair, my self-loathing was off the charts. Today, I only want to hug that desperate, troubled person and tell her that everything will turn out alright. Because it has.

Before you start suspecting that I murdered someone or caused another person incredible harm, it was nothing that dramatic. Rather it was the result of an act of run-of-the-mill self-destruction that—in retrospect—was nothing to lose my mind over.

If I’m not going to give you the juicy details and leverage my misery for its entertainment value, why am I confessing this to you? I’m sharing it because I feel so incredibly fortunate on this dark anniversary and maybe my experience will help you navigate troubled waters when you hit them.

Although the circumstances of the two worst days of my life were very different—the death of my brother caused by circumstances beyond my control and the other trauma caused by my own poor judgement—I felt the same depth of grief and hopelessness in their aftermath. I couldn’t imagine a time when I’d ever experience joy or lightness again.

Yet, today, on the anniversary of those two terrible events that brought my soul to its knees, I merrily played with my dogs at the park, gossiped with a colleague about a minor work drama, and sweet-talked a contractor into speeding up a construction project on my house.

My point is: no matter how bleak things seem in the moment, there is always a path out of despair. You just must soldier through and tolerate the pain until you see a glimmer of light. And then follow that light until it leads you to hope and repair.

The first spark of recovery from my brother’s death happened about three months after he died. A friend insisted I see Sister Act with her. Going to a comedy was the last thing I want to do, but my friend hauled me into the theater. Before long, I was engrossed in the movie. I’ll never forget the unbelievable release I felt when I laughed at whatever nonsense was happening on the screen. I knew then that I’d find my way out of my grief.

Recovering from my self-destruction was trickier. I first had to do the very grueling work of figuring out what was at the root of that self-harm and how to fix myself. It was hard! But when there is a serious flaw in a foundation, you’ve got to lay a new one to rebuild a solid structure. A scaffolding of therapy and medication helped me climb out of my hole.

Two years ago today, I was considering jumping off a bridge. I had the bridge picked out. Instead, I called my best friend—the same friend who dragged me to a Whoopi Goldberg movie after my brother died. She told me I was going to be okay. And she was right.

I drove over that bridge on my way to work today and wrapped the memory of my terrified former self in love and forgiveness as I crossed it.

If you ever find yourself in a very bad place, reach out to someone—a friend, a doctor, a help line. They’ll tell you that you’re going to be okay. Sometimes, that’s all you need to hear until it really is okay.