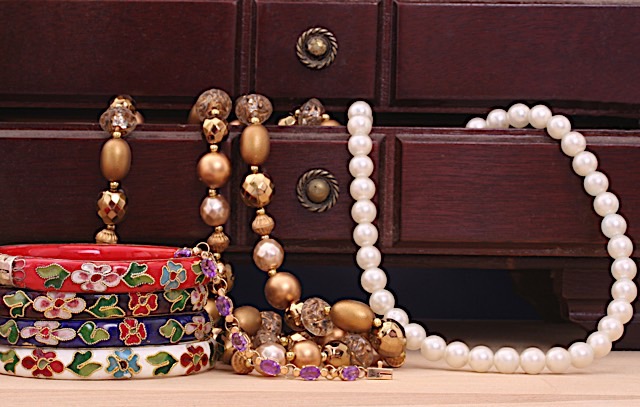 Shortly before she died, I asked my mom what she and my dad used to argue about. “That’s easy,” she said. “Kids and money.”

My parents were married for 50 years. My mom was planning a 50th anniversary party when she was diagnosed with advanced liver cancer. I had to call the party venue to request they refund the deposit since my mom was dying and not able to attend her own party.

“We can’t do that,” the event person said in much too snippy a tone considering she was talking to a woman who just learned her mother was dying.

“Well, you are going to do that,” I said, meeting her snippy and raising the emotional ante with rage. There was no way I could tell my mom that she lost her deposit. It would kill her faster than the cancer.

When I returned to my mother’s hospital room—the one she’d been in since a week after her doctor traced his finger across several dark clouds hovering above the X-ray of her liver—she was propped up against a pillow. She looked like she always did: hair carefully in place, wearing light makeup and one of her favorite nightgowns that she insisted I bring from home.

“No one takes pride in their appearance anymore!” How many times did I hear her declare that while fussily adjusting her outfit and giving me the side-eye.

“Mom, I rescued the deposit!” I exclaimed too cheerily. I’m a natural optimist but this death sentence was putting my positive nature to the test. Every day, I was faced with deciding between the best of terrible choices. For example: her doctor told me that if she had chemo she could live six months but she would only live two months without it. I mean what the hell are you supposed to say to that? I chose the chemo. But she only lived two months anyway.

So anytime I had a small win—like against that event-venue monster—I trumpeted it as loudly as if I had cured her cancer. My mother was delighted.

“That’s great!” my mom said. “Just don’t let your father’s next wife get her paws on it.”

Years before she died, my mother hid her jewels in a secret compartment behind a built-in breadbox in the kitchen. She told me: “As soon as I die, rush back to the house and get the jewels!” She was teasing—but not really. She was a collector—of antiques and fine art—and fretted constantly that my brother, dad and I wouldn’t know the value of it when she died.

“Don’t worry,” my dad would say. “I’ve got the junk man on speed dial.” This would send her into a panic and she’d make me swear that I’d prevent this from happening. I’d reassure her that I’d keep her stuff so that my dad’s next wife could enjoy it.

My mom and I never had a direct discussion about my sexuality. The closest we ever came to it was when she caught me dreamily sniffing a blouse that clearly wasn’t mine before I slipped it into the washer.

“What are you doing?” she asked me suspiciously.

She knew every piece of clothing I owned—and disapproved of most of them. She dressed me until I was a junior in high school and rued the day she gave up control of that!

I was with my mom every day before she died. As her body failed, her spirit remained jaunty. We drafted a list of mom-approved candidates for my dad’s next wife (he never remarried) and she spoke wistfully of things I never knew had any importance to her: a lost friendship; her short stint as a milliner; her role in an Ayn Rand play.

She was alert and chatting until a couple hours before she died. I’d like to say that her last words to me were “I love you.” But they were: “You need a haircut.”

But I didn’t need the words. I knew she loved me.

Immediately after she died, before they removed her from the hospital room, I raced to my childhood home and recovered her jewels from their hiding place.