At The Start Of The River 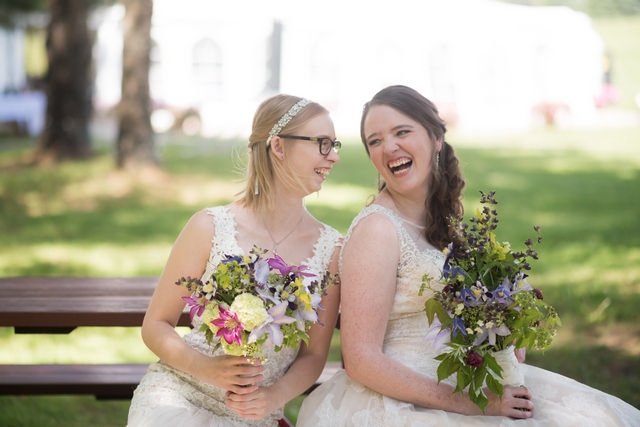 Britnee Dordal and Kelsey Lied share details of their love story and wedding.

That’s how Kelsey Lied, a software developer from the Chicago area, found her now-wife Britnee Dordal, an early childhood educator from Moorhead. Lied was going to be in a wedding and was determined to bring a date, no matter how she was going to have to go about that. After posting an online ad in search of a stranger to accompany her to the wedding, Dordal responded and agreed to be that date. The two spent time together before the wedding to make the date seem authentic, and in the time spent getting to know each other for what was supposed to be a one-night affair, the couple quickly developed deeper feelings.

“Our initial chemistry was kind of unusual and tentative given the situation, but it was also adventurous and up for anything for the same reason. We were willing to try whatever new things because there was no pressure to make it work. It was exciting and spontaneous and also a really direct attempt at getting to know one another,” Dordal says. 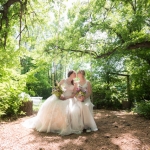 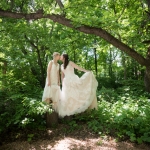 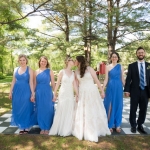 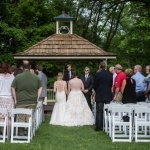 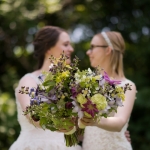 Though the couple was brought together to keep up appearances at the wedding, Dordal says she and Lied began having more serious feelings for each other, but both were too afraid to jeopardize their wedding date plans to say anything before the wedding.

“We started to fall for each other a little while before the wedding that we met to attend and had to keep it under wraps. What if it wasn’t mutual and revealing feelings screwed up the plan?! We broke the ice on the drive back from the wedding and luckily everything worked out,” Dordal says.

Fast forward to September 2016, and the couple was ready to recreate the initial wedding date, but it was going to be their wedding this time. 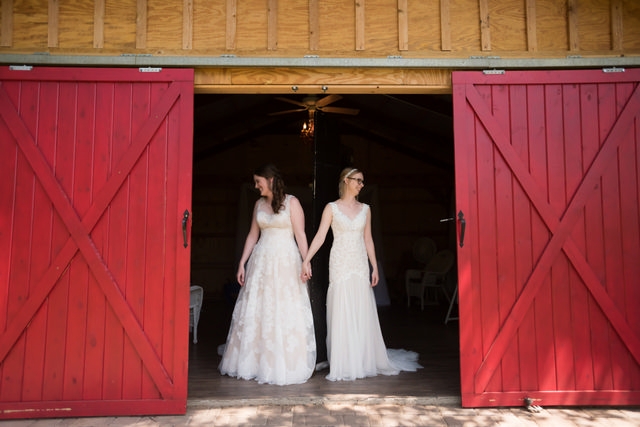 “We were camping in Itasca State Park where the Mississippi River starts. We’d been talking about engagement for a while, but suddenly over lunch, the discussion turned to how the birthplace of the Mississippi would be a really cool place to get engaged. So we did it! We hiked to the headwaters, said some heartfelt things, and enjoyed the rest of the weekend together before telling our families and friends,” Dordal says.

Lovers of the great outdoors, Lied and Dordal had scenic wedding nestled in the trees of Minnetonka Orchards.

“It was in the early evening, so the sun was just starting to set. It was a beautiful early summer night, and the weather could not have been better. A friend of ours officiated a short heartfelt ceremony that included a ring warming to involve our families and friends in our union,” Dordal says.

The reception was also at Minnetonka Orchards in a large tent perfect for eating, dancing, and celebrating love. Guests were encouraged to explore the grounds, including some baby goats that Dordal says she and Lied were too busy to see for themselves. 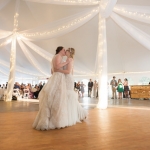 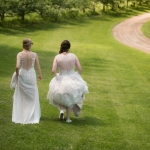 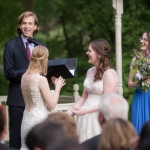 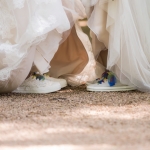 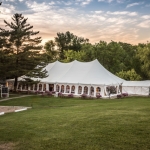 “Dinner was buffet-style, and we did a couple toasts and the traditional dances, and then there were lawn games set up outside and dancing in the tent. We socialized and had a great time until late into the night,” she says.

Dordal says the couple was elated to officially tie the knot, and all the two can remember are feelings of happiness and excitement from the big day.

“They aren’t kidding when everybody says it goes by in a flash, but we didn’t feel rushed. We had some nerves as the ceremony neared, but we really tried to stay in the moment and overall had a great time,” she says.

After the wedding, Dordal says the couple was overwhelmed with the outpouring of love and support from everybody that attended, and they were grateful to be surrounded by love on their big day.

From an online ad in need for a wedding date to the start of the Mississippi River to the cozy outdoor setting of the Minnetonka Orchards, Dordal and Lied have been through it all together. Looking back now, the couple is definitely not lacking in good memories.