“It’s a little dangerous when we get on stage together, because we try to embarrass each other and tell secrets.”

That’s how Andy Cohen describes his relationship with Anderson Cooper, and rightfully so. Social media burst into life after Anderson Cooper stopped by Andy Cohen’s talk show, Watch What Happens Live, and a viewer asked Cooper to reveal a secret about Cohen. After Cooper’s overshare about Cohen’s sex life, it was all downhill. 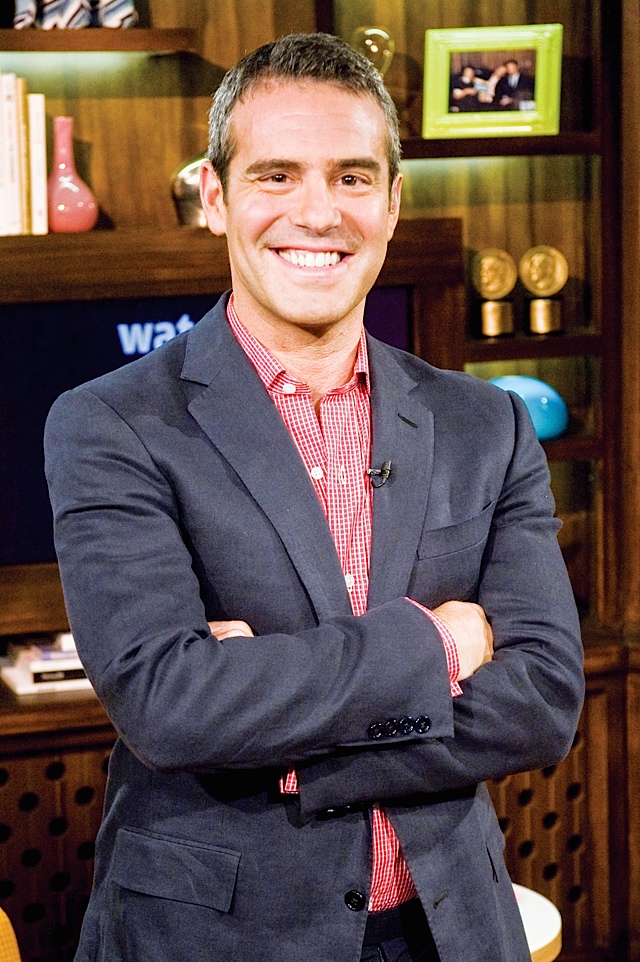 Fans will get the chance to see the two try to one-up each other when they take the embarrassment on the road. Following the release of Cohen’s book last year, Cooper interviewed him on stage in New York and the two discovered the fun they could have just talking to one another… in front of a live audience. AC2: An Intimate Evening with Anderson Cooper and Andy Cohen: Deep Talk and Shallow Tales brings the best-selling authors and pals, CNN anchor Anderson Cooper and Bravo talk show host Andy Cohen, to Minneapolis to share their stories and answer questions.

“It’s like hanging out with us and having cocktails,” Cohen says. “We have a lot of chemistry and fun together. People said we should take it on the road, so we crafted this show. It’s a great night out! He claims that I’m doing it because I like going out with him to gay bars after the show, which isn’t entirely wrong.”

The unscripted show (read: scandalous) begins each night with a general idea of what will be talked about, but things get changed up as the two see fit. “Sometimes it’ll be like I haven’t seen him in a few weeks and there’s shit that I want to ask him because I saw him interview someone or I saw him on TV and he looked irritated, or any number of things.”

In fact, their deviations from the plan are what get the biggest audience reactions, but strangely no media coverage.

“There’s some stuff that I try to get him to tell that I can’t believe hasn’t gotten picked up anywhere,” Cohen says. “There’s this hilarious story about how we were on a trip together and he was supposed to leave to go to Hurricane Katrina and I was so pissed that he was leaving and begging him not to go. But beyond that, he almost died. Basically he almost died. It doesn’t sound funny, but it’s unbelievable.”

Still not sure whether to see the two icons with their gloves off? This could change your mind: there aren’t any stories that the two have agreed not to tell — everything is on the table. According to Cohen, what normally happens is the two will be sitting on stage, one will bring up something to which the other responds, “Are we really doing this now?” And then they go for it.

Looking back on his lucrative career, Cohen loves to be in front of the camera. Having worked as a producer for CBS News for 10 years, he shifted to working behind the scenes for Bravo before someone finally suggested he take a turn on the other side of the camera.

“You know, it feels great to be able to be myself on TV,” he shares. Which is a remarkable sentiment from someone who has said before that he had a hard time grappling with his sexual orientation growing up during a time when gay people weren’t on TV. He continues, “It feels very cool to be able to say, if there’s a hot guy, to say it and be totally, absolutely myself. It’s fun to have a platform and be myself with no apologies and no second thoughts. It’s a cool time we live in; it’s exciting to be the only openly gay late night show host.”

After nearly 1,000 episodes of Watch What Happens, you’d think it would be hard to get guests to agree to appear on the show. After all, there’s blush-worthy language, inappropriate touching, and on-air, uninhibited drinking. But that’s not the case. Cohen says they know what they’re in for — “They come and they’re along for the ride.”

With so many guests over the past six years, Cohen still has dream interviews that haven’t happened yet. “Oh, my god, so many!” he laughs, citing Beyoncé and Madonna before giving up trying to count.

In addition to his traveling show with Cooper and essentially running the Bravo network (How many Real Housewives franchises have there been? Answer: seven in the U.S., six international, and 11 spin-offs.), the busiest man in Hollywood launched his own radio channel. Radio Andy, a 24-7 entertainment channel on Sirius Satellite Radio, launched in September and, while he has plenty of experience in the world of TV, branching out into radio will offer up a new experience for the talk show host.

“I don’t get a ton of sleep,” he shares. “I decided when I moved to New York that I didn’t move here to sleep. So that’s kind of what has wound up happening. The truth is, I’m having a lot of fun and I just make the time. When you’re having fun, you have the capacity to do more things.”

That lack of sleep and extra time could account for his easy, one-step skin regimen. “The only thing I do when I get home from the show is take off my makeup and then put on La Prairie before I go to bed,” he says. “It’s real fucking expensive; it’s my greatest indulgence. That is my secret to looking so boyish at 47.”

He’s right: at $430 for a jar, that’s one hell of an indulgence! But beyond a luxe caviar skin cream, Cohen became a style icon for his use of classic tailoring. “I wear a lot of Ralph Lauren,” he says. “There’s a young designer named Todd Snyder and I wear a lot of him. A lot of classic ties and suits. And then for informal stuff I wear a lot of Gant [Rugger].”

You might get to see that classic style around town after Cohen’s appearance at the State Theatre. As he hints at making appearances at gay clubs, Cohen had to share one last laugh. “People would be surprised to know just how much fun Anderson and I are having; it’s really fun being in a duo,” he says. “And chances are you’ll see us out afterwards. It’s really about having a great time. People say ‘Wow, I feel like we just went on vacation with you.’ I mean, we spill the tea, we tell it all.”

For more information on AC2 and to purchase tickets, visit www.hennepintheatretrust.org.