An Avenue To A Better Tomorrow 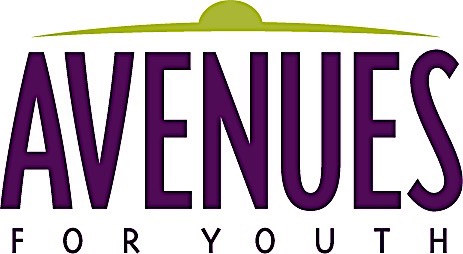 Photo courtesy of Avenues for Youth

This year’s Organization Lavender Community Award winner is Avenues for Youth, an organization that has certainly done more for the community than one award can thank it for.

Avenues for Youth partners with youth experiencing homelessness to achieve their dreams.

“We do that by providing emergency shelter, housing, and holistic supports that are youth-driven and center social justice and mental health,” says Executive Director Katherine Meerse. “For more than twenty-five years, Avenues has supported youth ages sixteen to twenty-four in Hennepin County. Whether a young person needs someplace to stay for just one night, or a year and a half, Avenues empowers youth to find their path out of homelessness.”

Originally called Project Foundation, Avenues for Youth was founded in 1994 by a nineteen-year-old who had experienced homelessness herself. She recognized that there was very little youth-specific support available in the Twin Cities. Project Foundation owned a ten-bed home in South Minneapolis and supported more than 200 youth in its first year of operation.

Three years after its founding, Project Foundation expanded to a second building in North Minneapolis, which is now lovingly called Minneapolis Avenues. The building holds the organization’s administrative offices and is home to twenty youth at a time.

Over time, the organization was renamed and the South Minneapolis house was closed. In 2007, Avenues for Youth adopted the GLBT Host Home Program, now called ConneQT, from YouthLink.

ConneQT is a community-based program that supports LGBTQ+ youth. In ConneQT, folks open their homes and share resources with youth who need it. “There are youth in need of hosts right now, and I encourage you to reach out even if you just want to learn more. You can learn more about ConneQT by contacting Ryan Berg, ConneQT Program Manager, at [email protected],” Meerse adds.

Today, Avenues operates five programs that support more than 300 youth a year. In 2015, the community of Brooklyn Park built Avenues a twelve-bed shelter and transitional living program that operates similarly to Minneapolis Avenues. 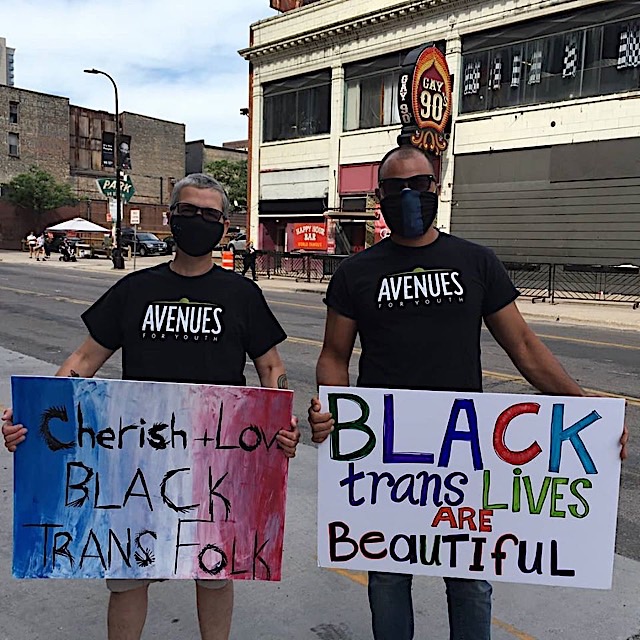 Photo courtesy of Avenues for Youth

“The majority of youth we partner with are Black, Indigenous, and youth of color, and disproportionately they identify as LGBTQ+”, says Meerse.

Minneapolis and Brooklyn Avenues have emergency beds for youth who need a place to stay for a night or two, and together they support thirty-two youth in transitional living, meaning that they can stay at Avenues for up to eighteen months.

“We also have a program for youth-led families where we house and support parenting youth and their children,” Meerse says. “Our community-based programs, ConneQT and Abule, provide culturally specific housing options for youth. In ConneQT, queer and trans youth get to meet and pick a host home that they want to live with. Avenues trains the hosts and hosts are LGBTQ+ or allies themselves. In Abule, BIPOC youth partner with staff to identify and build relationships so that youth can move in with family or community members of their choice.”

For more information about Avenues for Youth, visit avenuesforyouth.org.