Ace Of Babes: Of Weighted Blankets And Dating Apps 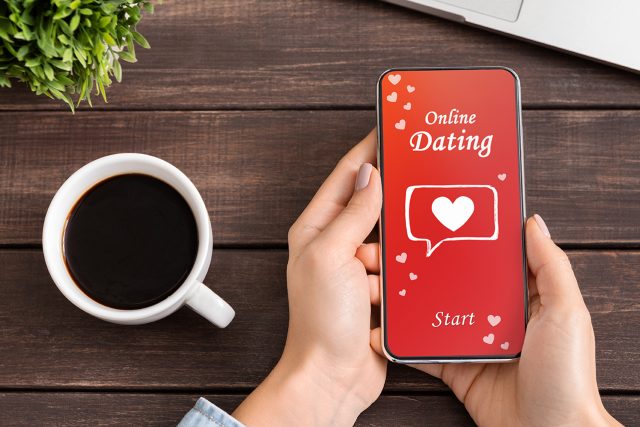 I recently started dating again, which is a decision that I am blaming on my weighted blanket.

I had been lusting after a weighted blanket for nearly a year, so when my mom gave me one for Christmas I immediately started sleeping under it every night. Now, if I was the kind of person who slept on their back (spoilers: I am not) this might have turned out fine. However, since I actually sleep in a position that looks roughly like I am an actor pretending they fell off a building, sleeping under a weighted blanket every night did not, in fact, turn out fine.

In retrospect, it makes sense that a month-and-a-half’s worth of being gently squished into a twist might cause back pain. At the time, however, I could not figure out where said back pain was coming from. I would wake up hurting, feel incrementally better throughout the day, go to sleep hopeful, and wake up worse than ever.

So I did the only thing I could do. In between Epsom salt baths, heating pads, and incessant complaints about my pain to whoever would listen, I downloaded a couple dating apps.

It was a double win. The initial complimentary “omg you are pretty!”s, combined with the influx of sympathy for my aching back, was exactly the ego-boost of a distraction that I needed. Say what you will about the 21st century, at least we have an unlimited supply of bored, lonely people who are willing to exchange their bored loneliness for our own.

Sure, a few of my interactions were with dicks (both literal and figurative—unsolicited dick pics are apparently still a thing), and sure, I had to explain asexuality multiple times. More than one person asked me why I was even on a dating app if I was not interested in sex. Luckily, for every person who was mad that an asexual dared use a dating app (friendly reminder that some asexuals do like having sex, but I am not one of them), there was another person who was interested in engaging in meaningful conversations about asexuality, dating, and our personal lives. Those conversations are what kept me occupied while I laid on my floor, debating if it was finally time to get over my fear of chiropractors and have a professional fix me.

Several of the people I met over my two weeks of hurt are already turning into permanent internet friends. The real-life dates I went on proved that the legion of online flirtations and the litany of asexual explanations had solidified my IRL asexual spiel to the point where it is now more personal, more detailed, and more conversational than ever before. My new internet friends live in faraway places, so chances are good that we will just stay internet friends, but they gave me the space I needed to complain about the evils of weighted blankets, added a little laughter to a brutal couple weeks, and furthered my exploration of my own identity. For that I am grateful.

As my back pain faded, so too did my interest in romance. I have not quite gotten around to deleting my dating apps (although I am almost exclusively using them to pettily swipe left on everybody at this point) and I still have a couple IRL dates scheduled, but I am most likely throwing in the dating towel for now. I got the fleeting sympathy I was looking for, a couple book and music recommendations, and I finally started watching The Golden Girls at the behest of a very attractive trans guy who unfortunately lives several states away. I made some new friends and went on some nice dates. All in all, I would say I am coming out ahead.

All aces have different sexual and romantic desires, but as I settle further into my own identity I am discovering that my romantic life is most like a blue moon. The current moon is waning and it is going to be a while before the next appears. In the meantime, I will occupy myself with my usual pursuits of making music, reading, writing, traveling, and taking naps until my dating moon waxes again.

I think I will start my wait with a (very brief) nap under my weighted blanket.