Accessibility And Intersectionality In Physical Wellness 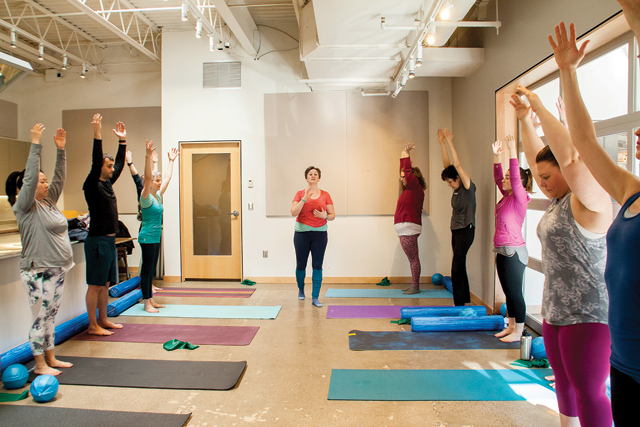 Phase Movement incorporates Cady Eddy’s background in Pilates, occupational therapy, and education to give people an opportunity to heal, rehabilitate, strengthen, and connect their body with their mind more deeply. Photo by Sarah Aune

The ability to move about freely is a privilege that’s easy to take for granted. However, even for those who are able-bodied, the quality of that movement may be an ongoing issue.

Cady Eddy hopes to make a higher quality of bodily motion accessible to people of all physical abilities with her new studio, Phase Movement. Eddy incorporates her background in Pilates, occupational therapy, and education to give people an opportunity to heal, rehabilitate, strengthen, and connect their body with their mind more deeply.

Accessibility and intersectionality are key parts of her business philosophy, and she hopes to invite and inspire people across all communities and demographics to build ties and support their own body’s wellbeing.

“Accessibility and joy that can be created from building movement with a community is at the heart of what I want to create,” she says.

When Eddy brought Phase Movement to life last summer, it was a convergence of different pieces of her own story. Through her own chronic issues with a sprained ankle and back pain while a student in New York, she discovered Pilates, and she fell so deeply in love with it that she enrolled in a Pilates certification program that focused on anatomy and biomechanics.

She began teaching Pilates across moves to Washington, D.C. and Minnesota. Back in Minneapolis, she ultimately landed back in school for occupational therapy, which she says was a bridge connecting her educational background.

Last spring, while she was doing fieldwork at two different local hospitals to finish her OTA degree, she had an epiphany.

“I noticed that sometimes there seemed to be a gap between patients being able to complete rehabilitation programs and getting back to their everyday life activities,” she says. This observation was validated by colleagues, and she soon found herself looking to build yet another bridge, this time one in the healthcare system between occupational therapy and movement-based practice, like Pilates. 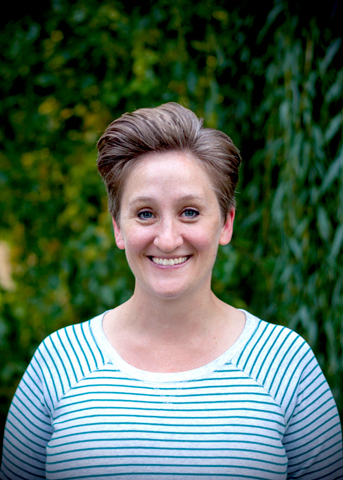 Cady Eddy is the owner and proprietor of Phase Movement. Photo by Sarah Aune

After over a decade teaching Pilates, it was clear to Eddy that movement is directly tied to a person’s sense of wellbeing, and she began developing Phase Movement. In the relatively short time since planting its seeds, she’s generated a distinctive focus for her services.

Her priority with Phase Movement is to work with clients who might not be at their fullest movement potential, whether they’re rehabilitating an injury, recovering from a surgery, finding a sense of control over a physical condition, or managing chronic pain. She works with people who are pregnant, going through the postpartum stage, recovering from strokes, or those who live with cerebral palsy, fibromyalgia, and a range of other conditions and challenges.

Phase Movement also serves people who are looking to enhance and advance their movement skillset, like athletes, dancers, or people who just want to experience the benefit of healthy movement—people who are curious about how the body moves, but who’ve never felt comfortable in a gym or yoga studio.

“There’s this moment of, ‘Wait a second, I could actually step in here and give you a little more support to get you feeling a little bit more comfortable,’” she says.

Another important factor in her business philosophy includes financial accessibility. She opted not to incorporate health insurance as a payment option because of its limitations on her scope of services, but she offers a sliding scale for her classes, and encourages people, especially from BIPOC and LGBTQ communities, to reach out if affordability is still an issue.

“Movement is an important aspect of life, and classes can sometimes be a luxury. I just want to find as many ways as possible to make that a physical and financial accessibility,” she says.

Before COVID-19, Eddy offered private sessions in her home studio, where she’d work for about an hour with individuals to break down movement struggle, which she points out can be both physical and emotional in nature. She provides movement analysis, muscle and fascial manipulation, therapeutic range of motion for the joints, movement re-patterning, plus calisthenics and Pilates.

She had just begun searching for a larger studio space when the pandemic put a halt to things, but she’s looking forward to a future where she can hire a staff and bring in diverse teachers.

She sees representing the LGBTQ community through Phase Movement as a major responsibility in a world where LGBTQ bodies are already limited. In her practice, she’s conscientious to avoid using gendered cues, or cues that would otherwise make someone feel shame about their body.

“There’s just so much judgement and harsh assessment of ourselves. I just want to create a space that doesn’t limit any of us when it comes to appreciating movement in any form.”

While COVID-19 persists and requires continued social distancing, you can find options for online classes in sessions on the website at phasemovement.com.