A World Without Alzheimer’s 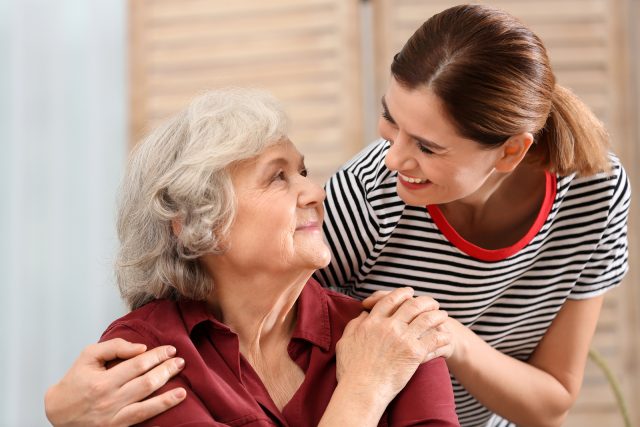 The Minnesota-North Dakota chapter of the Alzheimer’s Association works to end Alzheimer’s and other forms of dementia through its advocacy, research, and resources.

“Many of them are still working other jobs themselves. It’s a crisis for these people who have their own families and are also caring for aging loved ones with Alzheimer’s. It’s a very costly and taxing disease,” says Laurie Brickley, director of volunteer engagement for the Minnesota-North Dakota chapter of the Alzheimer’s Association.

The Alzheimer’s Association is also dedicated to advocacy, which it does at national and state levels to make change.

“Our advocacy efforts with elected officials encourages them to take action to confront the disease and make Alzheimer’s a priority,” says Brickley. “In Minnesota, our partnership with a broad group of stakeholders resulted in passage of a landmark bill that creates new protections for residents and long-term care facilities and creates a new Assisted Living licensing system.”

The Minnesota-North Dakota chapter also gets involved at the national level by participating in lobbying events in Washington, D.C., to push for funding for research and more resources for people with Alzheimer’s.

A big part of the Alzheimer’s Association is its free resources for support and care. They offer free family care services, including therapists, as well as free community education programs where volunteers teach lessons about the ten signs of dementia, how to have a healthy brain, and more. The association also offers a 24/7 helpline (1-800-272-3900), which is staffed by people who can provide resources in 200 languages. The helpline serves as a great resource for caregivers who are concerned their loved ones might have Alzheimer’s, are struggling to care for their loved ones, or need to help regarding where to start.

“It’s important to note that Alzheimer’s affects communities of color more than Caucasians,” Brickley says. “Hispanic and (Latinx) people are one-third more likely to get Alzheimer’s, and African-Americans are two-thirds more likely to get it. We’re working to reduce those health disparities in our health systems by working with what we call ‘priority populations’—communities with health disparities— to provide an assessment tool for anyone over 65.”

Brickley says that early detection is very important with this disease as it can prolong the illness, allow the person to have more control over their life, and provide a higher quality of life. She recommends that people with a loved one who is living with Alzheimer’s use the Alzheimer’s Association’s website to find resources, from information about signs of dementia to a healthy brain test. The first step, she adds, will be scheduling an appointment with a physician for an assessment for people over 65.

For people interested in getting involved with the Alzheimer’s Association, Brickley says there are many ways to volunteer your time or help with fundraising efforts.

“Volunteers a huge part of our association. We rely on them to deliver some of our free community outreach programs. We need volunteers. We train them to give community presentations to help spread awareness about the disease,” Brickley says.

Another way to get involved is the annual Walk to End Alzheimer’s. The Twin Cities walk, which takes place at Target Field each year, is the most successful out of the 600 walks across the country. Last year, the walk raised $1.7 million, and the 17 other walks throughout Greater Minnesota and North Dakota raised $1.3 million.

“It’s a really powerful event. It’s a great day to just be together and feel the power of all of these people committed to ending Alzheimer’s,” she adds.

One of the association’s biggest events is The Longest Day, which takes place on the summer solstice (June 20 this year). The public can make their own fundraisers incorporating their own interests to raise money for the Alzheimer’s Association.

“People are doing baking, boating, biking, and all sorts of other things. It’s a day—the longest day of the year—to shed light on Alzheimer’s,” Brickley says. “Also, many buildings in the Twin Cities will be lit up purple, which is the Alzheimer’s color.”

For more information about the Minnesota-North Dakota chapter of the Alzheimer’s Association or to get involved, visit alz.org/mnnd.