A Word in Edgewise: The Objects of My Affection 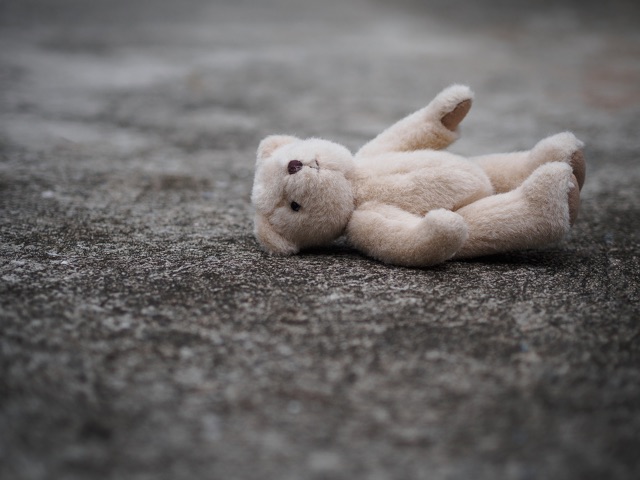 There’s a photo of me taken on April, 30, 1945, the day Hitler ended it all in his Berlin bunker. I  wouldn’t know that fact until much, much later. It was my fourth birthday party; there was cake,  ice cream and six little guests at the table. Turned to the camera, I’m wearing a feather  headdress and my stuffed, calico rabbit, Timothy, is dangling from my left hand.

This photo couldn’t have been taken too long before I took a train trip south with my mother to  visit her folks–my grandparents, Mother Mai and Daddy Jim. I no longer remember whether it  was on the way down from Connecticut, or on our way back north, that I lost Timothy on the  train. I must have kicked up a mighty ruckus; the porters searched through the cars, but Timothy  was no more. I was desolate, and I can to this day feel the loss. Not, as an adult, for the toy  itself, but for the knowledge I gained then that some things can’t be undone; that people and  loved things can vanish forever.

I had already forgotten that an earlier friend, a nameless blue elephant, had survived a terrible  fate just the year before. On July 6, 1944, I had taken him with me to the Ringling Brothers, Barnum & Bailey Circus. That afternoon, the big tent was torched, crashing down in flames with  a loss of 169 circus goers. My dad carried me out, seconds before it collapsed, and by some  miracle, the three other adults with us escaped, and dear Mollie Duckett had rescued–and returned–my blue elephant.

Time passed. More grown-up activities intruded; school, friendships, scouts. Most worries I  escaped through books. I had a lot of books. Was it in one that I learned children’s pretend  friends, protectors and confidants, had been taxonomized as “transitional objects?”

English pediatrician Donald Woods Winnicott (1897-1971) coined the phrase, explaining that these objects represented the “Intermediate developmental phase between the psychic and  external reality,” taking the comfort role of the mother for a toddler. (Or, adult: think The Producers Leo Bloom’s recurring hysterics whenever he lost his childhood blue blankie fragment.)

I was well beyond college the day I stopped, transfixed, in front of a children’s clothing and toy  shop. Standing erect and looking out at me was a plush Polar Bear. In moments, he was mine.  Named Cold Comfort, he helped me through a long, difficult patch. He’s still here, some 50  years later, as is a larger, unnamed brown ursine, whose size makes a comforting bedmate.

Recent circumstances reinforce my initial childhood suspicion that transitioning from “real-to me” to “real-to-others” is not all it’s cracked up to be. Many nights I sleep more soundly with a plush friend, rather than lie awake, thinking of … well, thinking.

Perhaps regression is the better part of valor. Plush is cheaper than booze, less problematic than humanity, and has a longer shelf life.