A Word in Edgewise: Searching for Avalon 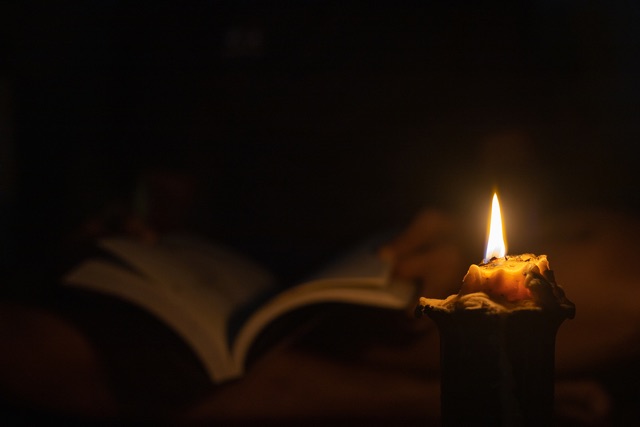 As the lights go out all over, I read for escape and to find lessons in the past intimating a brighter future. I looked back again at Barbara Tuchman’s A Distant Mirror: The Calamitous 14th Century.

Tuchman wove her narrative about a historical figure, the last of a noble French line, Enguerrand VII (1340-1397) linking and making more personal events that happened during that tumultuous time.

Enguerrand VII, throughout his 56 years seemed constantly to be out on campaign, or using his steady head to intercede in complicated matters of state—both in France and England during the decades of the Hundred Years War. Finally, having advised against it, he campaigned in it, and survived the debacle of the crusader Battle of Nicopolis on 25 September, 1396. Defeated by the Turks under Sultan Bayezid I (aka “Lightning,” “Thunderbolt”), and for the first time in his life was captured. With hundreds of others, hands tied, stripped to their shirts and barefoot, he was marched the 350 miles from the Bulgarian battleground to Gallipoli, where, as Tuchman points out, had they looked across the sea, they would have glimpsed Troy, scene of earlier triumphs and tragedies. They were moved further inland to isolated Bursa, resting place for Enguerrand VII, Sire de Coucy and Count of Soissons..

But a slender thread wove beyond Enguerrand’s death. Marie de Bar, his eldest daughter, and his widow, Dame de Coucy, sparred over the inheritance; other entanglements threatened, allowing Louis d’Orléans to buy the Barony from Marie. Louis’s death in 1408, left the prize to his son, Charles d’Orléans, and when his son became King Louis XII, the barony passed to the Crown.

And Coucy’s thread? Marie’s son, Robert de Bar’s daughter Jeanne married Louis de Luxemburg, Constable of France, and her daughter married a Bourbon descendant from St. Louis. Their grandson, Antoine de Bourbon, married Jeanne d’Albert, Queen of Navarre, and their issue became Henri IV. The same Henri who was called ‘Good” and “the Great.” The Henri who when offered a new job, quipped, “Paris is worth a mass.”

Until Nicopolis, Enguerrand VII had led a good life, at least what we can see from our 600-year remove, while thousands of peasants died or were ruined during this “calamitous century” through plague, famine, and crushing taxes. They held no expectations of the future. Of Enguerrand’s death-bed codicil Tuchman commented, “Coucy’s grasp at perpetuity was no more successful than most.”

Perhaps there is no certain optimism to be gleaned from studying human history. We don’t learn; we repeat. I’ll keep reading, but the light’s getting dimmer.