A Word In Edgewise: Ready, Set—Go! 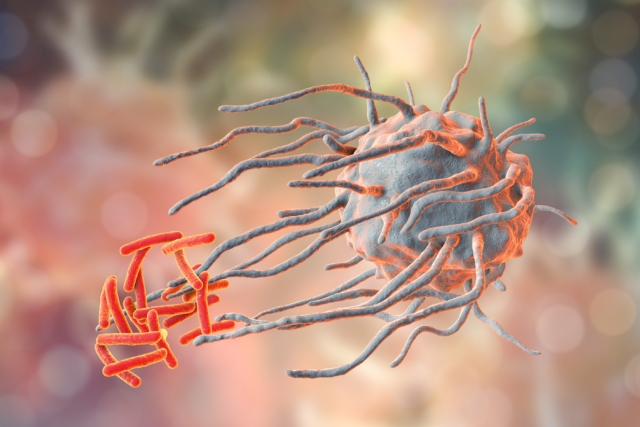 A childhood friend and I chat weekly. At 12, we were press-ganged into Miss Mary Alice’s dance class, then later were accepted into the same tiny prep school class of 20. Today, our conversations often concern our health—or non-health.

We noted the recent publication of Barbara Ehrenreich’s Natural Causes: An Epidemic of Wellness, the Certainty of Dying, and Killing Ourselves to Live Longer. Ehrenreich, author of Nickel and Dimed, takes on the current determination to control and extend one’s length of life which, she asserts, inevitably fails.

As the holder of a PhD in cellular immunology, Ehrenreich was astounded to find that our watchdog macrophage cells, supposedly our inner guardians, can turn rogue, using self-agency to stimulate tumor cell growth instead of destruction.

There’s much to argue about those macrophages, but one topic my friend and I also discuss is, when is enough enough? Ehrenreich writes that she decided, understanding “that I was going against the grain for my particular demographic,” to forego many preventative medical procedures, including annual exams and cancer screenings. “I gradually realized,” she concludes, “that I was old enough to die.”

Not that she plans to go immediately; Ehrenreich works out regularly at the gym, takes walks, eats well and enjoys life: author or co-author of over a dozen books, she’s no slouch or slacker. But, as she points out, if the deceased is 70-plus, “natural causes” will appear in the obit; not “tragic.”

My friend and I decided some time back that we no longer desire to prolong life at any cost. I elect to undergo more preventative tests than she does, but neither of us desire to be tethered and cabled to a non-existence. I’ve written that into my medical directive.

Our exit strategy chats are freeing, not morbid, and choosing comfort care over painful invasive procedures offers some measure of control. It was refreshing to see Barbara Bush publicly announce her similar decision recently. It’s a choice each one should make for him or herself, and a choice that should be honored by those closest to the chooser.