A Word In Edgewise: Pride is a Many-Splendored Thing 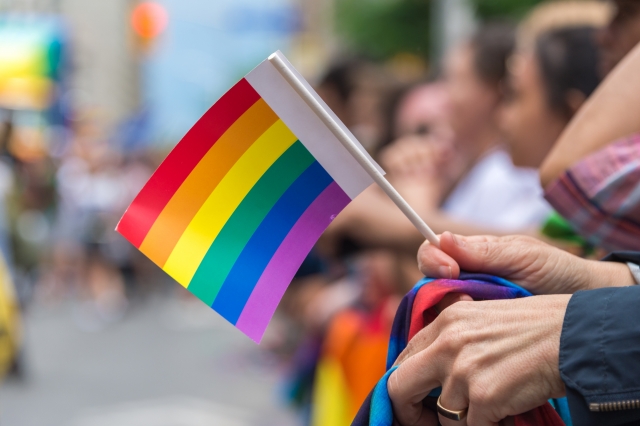 People question why the queer community has to be “proud,” why they hold celebrations, parades, and general hoo-rah, when non-GLBT folks “don’t do that sort of thing.” Of course, they do: the Irish on St. Pat’s Day, the Scandinavians’ Midsummer’s Eve, Brazil’s Carnival, India’s Holi, the Bavarians’ Oktoberfest, and so on.

Gay pride is celebrated because we now can (in most areas of the country) be seen clearly as who we are, here and out in the open. Yes, as many point out, there is a commercial side, but few of the festivals above can claim that they’re untainted by sales of food, beverages, and tchotchkes. People seek occasions to congregate with others of like religious/cultural/linguistic/sexual/culinary inclinations, to ritually have a good time while celebrating a shared past.

Some consider pride a “deadly sin,” and, it can become toxic and damage, but there’s something to be said for other expressions of that emotion; pride in a job well done, pride in one’s country, of kin who have persevered through persecution to live openly in the larger society.

There are personal, private prides; accomplishing the unexpected, completing something long postponed. Oscar Wilde’s Lady Bracknell in The Importance of Being Earnest remarked, “To lose one parent, Mr. Worthing, may be regarded as a misfortune; to lose both looks like carelessness.”

I won’t go into all the reasons, but I’ve been careless. My parents’ remains were shipped (a word upon which Wilde would pounce) back down to the deep South. I delayed placing markers. Time passed. Specifically, several decades. The nearer I approach their ages, the greater has become the pressure to do something. If this sounds odd to one not acquainted with their competitiveness, my dilemma stemmed not from my problems with them, but deciding to whom should be given top billing.

Then there was that problem of their being “lost.” Just where had they been shipped? Knocking at strange graveyards’ doors asking, “Do you have the Boatners?” I at last obtained a location and family plot, though their exact position within is unknown. A gentleman named Skipper helped me choose a granite marker. First deceased gets first billing, and chiseled beneath, the hope, “Peace.”

They never met Ethan, but I hope they’d be proud of him: I am.