A Word in Edgewise: Methuselah’s Children Navigate the Ages 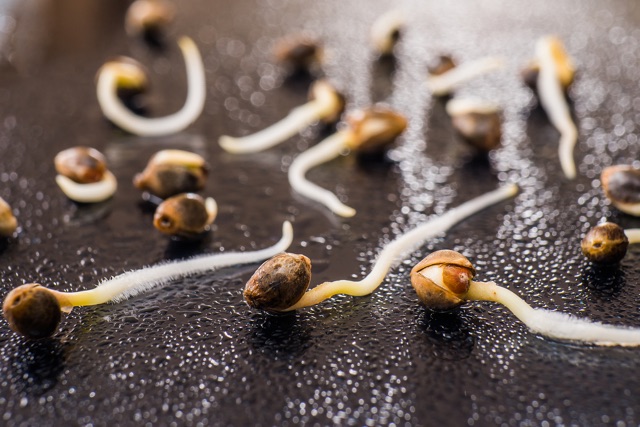 Still looking for a cheerful read in these times of COVID, I remembered being fascinated by a 2005 National Geographic piece by John Roach, concerning a two thousand-year-old Judean date palm seed that had been planted and had germinated. A photo showed a healthy but otherwise unremarkable potted plant.

The seed was one of six discovered in 1963, in a jar in Herod the Great’s palace at Masada, Israel, and radiocarbon dated. The discovering archaeologist gave them to a botanical archaeologist at Bar-Ilan University where they languished in a desk drawer until November, 2004, when Sarah Sallon, director Jerusalem’s Hadassah Medical Organization’s Louis L. Borick Natural Medicine Research Center—heard about the seeds and requested a few. She passed them on to colleague Elaine Soloway, requesting she germinate them.

Sallon and the Center were–are still–working to conserve the heritage of Middle Eastern plants used for thousands of years. In biblical times, Judean dates were known for their medicinal properties healing numerous illnesses.

To great rejoicing, a seed did germinate, and was named Methuselah, after that Old Testament Ancient. One leaf was to be DNA tested to determine what now-lost medical properties it might contain. Boy or girl? Both sexes flower, but not for several years.

In 2010, it was announced that Methuselah, now ten feet tall, had flowered. And was a boy. A boy with viable pollen that was used, no cohort females available, to pollinate modern female plants. Methuselah became a father at an age far beyond his namesake’s 969 years.

Next, in 2017, Stephanie Buck in Timeline wrote that while Methuselah basked in the sun in southern Israel, more ancient seeds gathered by an archaeologist near the Dead Sea were being germinated. Of those 30-some seeds, six germinated and were named, or re-named after flowering: Eve/Adam, Boaz, Jeremiah/Hannah, Jonah, Judah/Judith, and Urial. Hannah, who came from a burial cave near Jericho, was then pollinated by Methuselah.

Six years post-germination, on September 9, 2020, JNS, the Jewish News Syndicate, announced that Drs. Solowey and Sallon had harvested Hannah’s offspring, a single bunch of 111 fruits. There was a quick, jubilant tasting, before remaining fruits and discarded pits were prepared for further research. Of the dates, NYT coverage reported, “They were tasty, too, with the fresh flavor that gave no hint of their two-millennium incubation period. The honey-blond, semi-dry flesh had a fibrous, chewy texture and a subtle sweetness.”

Concluded Dr. Sallon, “In these troubled times of climate change, pollution and species dying out at alarming rates, to bring something back to life from dormancy is so symbolic. To pollinate and produce these incredible dates is like a beam of light in a dark time.”