A Word In Edgewise: Living Alone…Almost 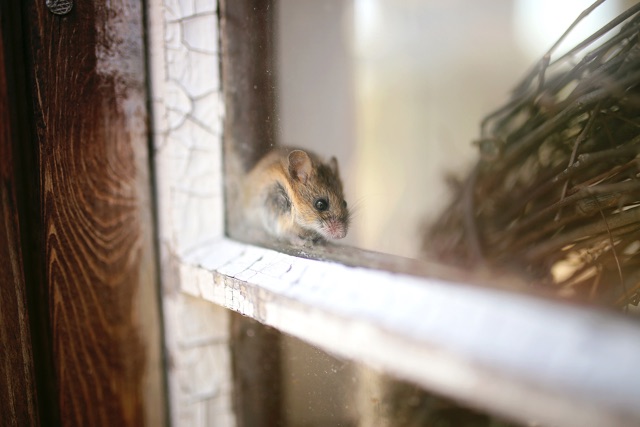 I don’t always have mice, but I live in a hundred-something-year-old brownstone, and at the first brush of snow, they store their towels and beach umbrellas, their picnic baskets, their sandals and suntan oil—in their fair-weather Kenneth Grahame habitats and head for their centrally heated brick and mortar winter digs.

Like many northern drivers, who each winter lose any remembrance of how to navigate on snow and ice, their spinning wheels burning clear down to the pavement without achieving traction, we owners of these murine motels never remember–or prefer to deny–that once again we will be spending the long, dark season no longer alone, no longer the kings of our castles until May buds blossom.

Climate is changing. I’m not arguing, it’s a fact. I didn’t see a single fly in my kitchen this summer; nary a mosquito drew blood outdoors, or whined through my restful nights. Of course, murder hornets, brown marmorated stink bugs, zebra mussels, and green crabs are marking new northern territories, while Silver (jumping) carp are in the Mississippi, but they’re not in Minnesota. Yet. How will we fare when they do arrive when we–or at least I, and this is my story–can’t cope with winter waves of Mus musculus Linnaeus?

And they are winning: truly wild mouse populations, research reveals, are now less populous than the semi-domesticated ones foraging in your cupboards. Maybe they watch nature programs and observe other critters using homo saps to gain creature comforts, or maybe it’s just my imagination, but this year they’re bolder, more numerous, hungrier than in previous years.

They don’t sit up and demand, I still just glimpse the usual fleeing brown streak, but they no longer have qualms about my presence. Lights on and moving about, they are mere feet away, still chewing. My first inkling that it was “that time again” was a recent gnawing sound one evening as I sat reading: A hole in a package of Saltines I’d left on the dining room table. Easily remedied; I discarded that pack, put the rest in a cloth shopping bag and hung it up from the end of a bookcase, like we used to hang up bacon from bears in Canada. They climbed the books, chewed through the bag…

Time passed. More gnawings. Louder, more frequent. I had ramen soups I thought were secure in Styrofoam cups, shrink-wrapped in cardboard covers. The sound of tiny teeth on Styrofoam in the dark of night resonates like mastiffs on a moose shin. Later gnashing and scrabbling in a bedside table drawer proved that foil-wrapped breakfast biscuits were easily detectable to quivering, sensitive noses. Kleenex tissues turned to lace indicated I was providing nest material as well as a varied diet.

I have obtained several 17-gallon wheeled, plastic, airtight containers in which I’ve stashed every edible not in cans, and the house has returned to summer-silence. The little fellows have not yet learned to use can openers, but they have time on their side.