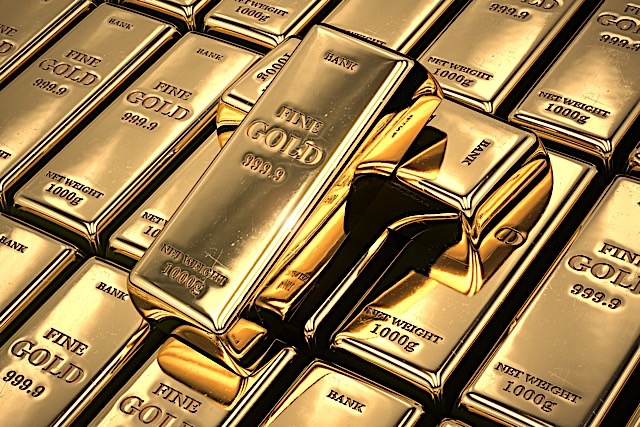 Scrooge McDuck, vainly attempting to close the door on his three-cubic-acre money bin as it bulges and spills specie across the floor, looks up in alarm as a burly guy trundles a dolly stacked with yet more money sacks through the door.

Money. More of it pouring in every moment, stacking, piling, filling, now overflowing Scrooge’s bulwark. What to do? In a heretofore unheard-of moment in the miserly supercentenarian plutocrat’s life he decides he must…spend some of it!

He hires nephew Donald and great-nephews Huey, Dewey and Louie to do the deed. Spend away is their only instruction. And they do, with a vengeance. Like drunken sailors they travel far and wide through Duckburg, and towns and villages of Calisota, eating the choicest morsels in the glitziest restaurants, bedding in downy duvets in the most luxurious accommodations, living life on the apex of the hog.

Puffed with pride that they’d carried out old Uncle Scrooge’s orders to the last decimal point, they return for their reward only to find Scrooge inundated with even more of the old spondulix. Lines of trucks are hauling in scads of loot, while more dollies of moneybags are being wheeled to his bin.

To their general chagrin, they learn that the old curmudgeon owns all of the fancy hotels, the chic restaurants, the liveried limousine services in which the ducks had disported themselves. Scrooge was now even richer than ever, with more rolling in like clockwork.

And ain’t it the truth: the story made it clear to young readers that money has a life of its own—once you have enough of it. On the other hand—which most kids didn’t think about, but some actually experienced— without enough, one’s life is pretty much dominated by that lack and its concomitant race on the treadmill to avoid falling into the abyss.

This glimpse of Uber-rich Scrooge was written and drawn by Disney artist Carl Barks, who had created Uncle Scrooge in 1947. This particular story appeared in the September, 1952, issue of Walt Disney’s Comics and Stories.

Earlier that year in issue 138, Barks tapped another facet of Scrooge’s character. After turning down the Mayor of Duckburg’s request for a donation to erect a statue of town founder, Cornelius Coot, Scrooge spies the visiting Maharaja of Howduyoustan who’s willing to chip in. Scrooge rolls up his sleeves and the two vie with larger and larger memorials until at last, Scrooge unveils only an immense top hat. As the Maharaja laughs and scorns, Scrooge pulls a hidden lever propelling an Everest of a Scrooge McDuck above the skyline, winning the race and leaving Duckburg’s public park littered with a cornucopia of Coots.

Ahead of his time? Yes and no. Obscenely wealthy men measuring members is nothing new, from the Pyramids of Giza and back beyond, but today’s Billionaires’ sky-high squandering might make even Scrooge wince.

It was much funnier when I was eleven.