A Word In Edgewise: It’s Too Darn Hot! 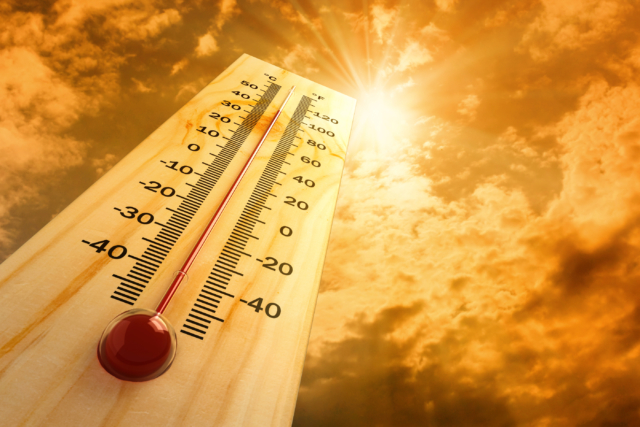 When I moved from Alabama to Minnesota I gloated, “Now the summers will be cool and I won’t live in fear of deadly tornados!” As Bogart remarked to Claude Raines in Casablanca, “I was misinformed.”

In the summer, temperatures can be higher here than they are down in Jasper that same day, the humidity wrapping both in an identical sodden, unbreathable blanket. There are tornados; I’ve seen entire streets and neighborhoods scoured by twisters, and Wednesday siren drills go off regularly, just as they do down south. Google informs that tornados arrive “from March through November,” while “the peak month is June followed by July, May and August.”

I don’t do change well, and another discovery was that Minnesota has a temperature variance of 174 degrees Fahrenheit—third, after North and South Dakota of the non-mountainous states. At the risk of sounding like a fragile, hothouse flower, I’ve determined that there are roughly 17 days a year when I willingly entertain the thought of going “outdoors.”

I have friends who chomp at the bit for winter, beseeching the spirits for enough sustained Arctic weather for Lake Superior’s ice caves on the Apostle Islands to be accessible, creeping across the ice in the dead of night.

But I digress from summer, that fleeting season wedged between “Too Cold” and “Too Cold Again;” the weeks, perhaps even a couple of months, when the weekend of spring erupts into “Too Darn Hot!”

Sartorially, summer begins just after the first crocuses and robins are decimated by a withering frost and the blighting, “last” snowstorm. A few weekends back, a sky-full of snow dumped onto the land. One Monday, we woke to 18 inches of the white stuff, vanished by the following Monday, and the populace emerged sporting tank tops, shorts, and sandals.

Sailboats will skim the 10,000 lakes, ice cream stands tout their wares, bicyclists, hikers, swimmers, and sports aficionados accompanied by their faithful canines will broil under the sun.

Viewed from indoors, or on a shady patio sipping an iced beverage, this Minnesota is, indeed, lovely. I urge one and all to participate—before midge, mosquito, and blackly season—preferably within sight of some shady venue where I can kick back, order another cold beer, and cheer you on.