A Word In Edgewise: Finding Comfort Where I Can 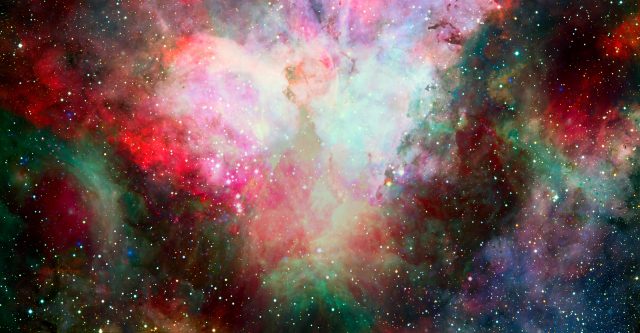 Starting out on a shopping run the other day, I slowed for a large hen turkey who flicked a “Pedestrians have the right of way” expression as she strolled in front of me, just 50 feet from Chicago Avenue. So many things we can’t do or have control over—postponed annual Pride celebrations—that it’s a treat to watch wild creatures enjoying newfound freedom.

Human endeavors beyond my control can comfort. Take the Hubble telescope. Launched thirty years ago, it continues to orbit Earth, relaying images of unimaginable beauty packed with information on infinity. At 340 miles beyond Earth’s distorting atmosphere, it records in visible, ultraviolet, and near-infrared light. Its window into “deep space” has shown that, far from unique, our galaxy is merely one of an infinite number. It was named after Edwin Hubble who discovered nearly 100 years ago what were thought to be clouds in the distant universe were actually galaxies; knowledge he gained, according to Journalstar.com, through astronomer Henrietta Swan Leavitt’s discovery of the periods of brightness in pulsating stars called Cepheid variables.

It was Hubble the astronomer who determined distant galaxies were expanding out at out at great speed ignited by an original “big bang,” and the eponymous scope was built in part to measure the speed of fleeing galaxies.

All remarkable, this and the many other things the Hubble has sent back, but there are two things I find particularly appealing: first, Hubble was expected to last fifteen years and it has now doubled that; second, that it was designed to be serviced from Earth. Between 1993 and 2009 astronauts launched on the space shuttle spacewalked to effect repairs, while Hubble, on its tilted axis, proceeded at its regular 17,000 mph.

The free creatures reassure me that whatever we do to ourselves, they, some of them, will survive and thrive. Hubble in its seemingly endless, though necessarily finite, rounds comforts as it records, without bias or belief, what’s really out there. We’re made of the stuff of stars and galaxies, and, as they are born and shine, explode and dim, so we’ll live and die, to return in some way to the universe. Is it not awesome, rather than fearsome, to acknowledge that we share in their destiny?