A Word In Edgewise: Apples to Oranges, Let Me Count the Ways 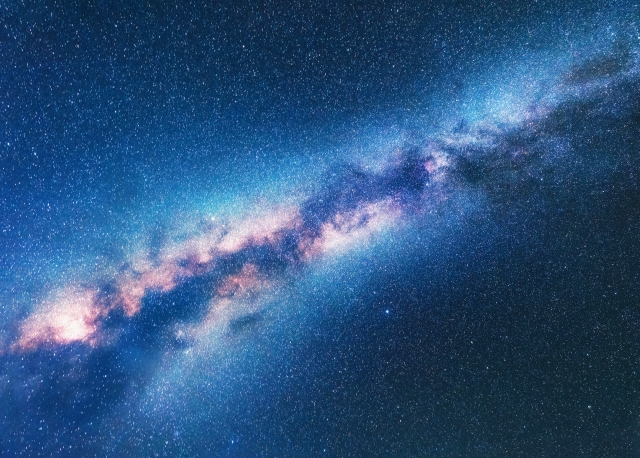 I’m a word, not a numbers person. Talk of a billion, much less scads of billions, leaves me adrift with nary a footprint to follow, no verbal means to gauge the scale.

For example: A recently-deceased magnate was purported to have exited this mortal plane leaving behind 42.4 billion dollars. I can look up and write down various billions, but it’s difficult to comprehend their enormity while realizing that he accrued nearly twice as many dollars as miles the voyager twins have travelled since 1977.

Apples and oranges? Yes, but I can look up into the Milky Way (or could, as a child, back when night was dark) and viscerally feel the enormity of the universe better that I can comprehend owning 46.4 billion dollars. How did the owner view them? The universe is infinite (another impossible concept), but human lifetime isn’t. How many dollars is “enough”? Given infinite time, must a man accumulate infinite dollars?

“I love you to the moon and back!” a lover murmurs. But the moon is just shy of 240,000 miles one way; less than a half-million total. A half million of anything ain’t worth what it used to be. Ads offer retirement plans for half-million-dollar nest eggs. I couldn’t get to the moon, much less there and back again. Today, houses easily fetch millions, but a billion is a thousand million; 42.4 billion is 42.4 thousand millions.

I recently mentioned NASA computer Katherine Johnson, upon whose numbers astronaut John Glenn’s life depended for his 1962 orbital flight. Early computers were prone to glitches and blackout, and Glenn required Johnson recalculate the numbers by hand before he would agree to go. Johnson, I wrote, would turn 101 Aug. 26. And she did. In this case, it’s not dollars or miles to juggle, but courage and quality. Those, too strive towards the infinite, Now, 101’s a number I can comprehend.