A Word In Edgewise: Achieving 2020 Vision(s) 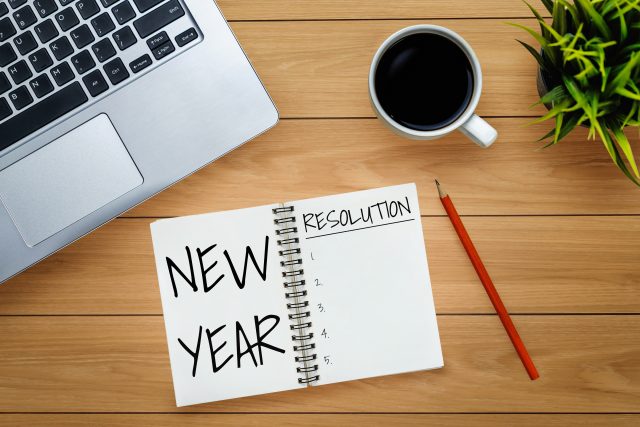 I’ve mentioned before that we file our articles two issues in advance of publication. So writing today, 1 January, 2020, should be time to re-examine a few of those Resolutions made on 31st December, for auld lang syne.

More Time at The Gym: How many times have you listed that? How long does that intention hold, that it must be renewed annually?

Write that Novel: This can be parsed variously as, “Finish that novel,” “Write a short story,” “Write something daily.” Unless you’re already becalmed on the Sargasso Sea of your existing work-in-progress, a nagging voice will murmur, “Write about what?” Your Muse departs.

I Will Learn to Play the…: Really? Have you tallied up how many times you’ve promised this? Where’s that ukulele? The piano makes a handsome display stand for photos and tchotchkes, but when did you last sit down on the bench and tinkle through “Für Elise”?

I Will Learn to Play…: Choose a sport that doesn’t require the expensive tackle and protective armor of your other attempts; those sticks, bats, racquets to play with that are stacked in the basement, and the nose-guards, shin-guards, mouthpieces to prevent (your) blood being shed. Remember, most sport is combat, and you must wrangle up an opponent or team that is neither less prepared nor psyche-crushingly superior to you/yours.

It’s often said that it takes 21 consecutive repetitions to create a habit. Psychologist Jeremy Dean, in Making Habits, Breaking Habits: Why We Do Things We Do, and How to Make Any Change Stick, checked it out. In one study at University College, London, 96 participants spent 84 days working on a chosen “new habit.” On average, it took 66 days of repetition; fewer for simpler habits, and, extrapolating from the 84 days, up to as many as 254 to gel.

No accumulation of habits will assure your success as a talented lutenist, renown novelist, or Wimbledon finalist, but whatever your goal, you must ingrain the habit of its mechanics; thousands of foul shots, reams of dreadful sentences, miles on the exercise bike.

But first, make a simple, Yes/No decision: The Goal is Worth It; The Goal is Not Worth it. This single, honest answer may simplify or complicate your path through 2020. Happy New Year!