A Total Eclipse of the Start 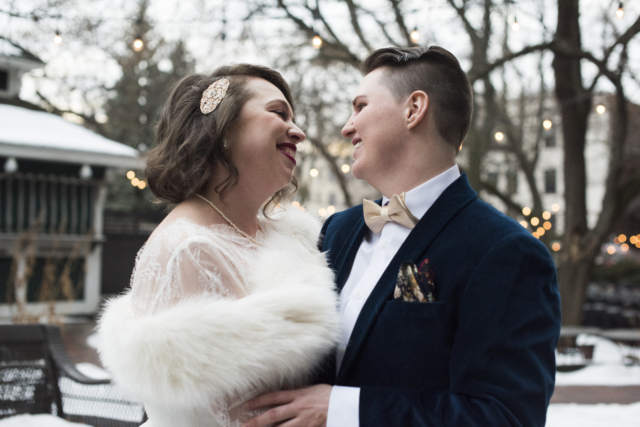 From the Beginning, A Local Couple Prove To Be Anything But Star-Crossed

It all came together, more or less, in August of 2017. Two Minnesota girls had come all the way to the Cornhusker State, a field that served as a thread of the coast-to-coast moon shadow sash that would connect America’s left shoulder to its right hip—the Path of Totality, astronomers were calling it. Here, they meant to bear witness to the Great American Eclipse… although one of them bore a second, secret motive, as well. The two stood among fellow crane-necked lookouts, silver-shaded eyes turned toward the dying daylight.

And then the cosmic dance began: the moon cut in on the sun like a jealous ex while heat and light receded from the ground in equal measure. Shadows sharpened like pirate hooks, then melted into themselves. The blue sky was no longer sky blue; the far horizons formed an everything-sized halo of rust. 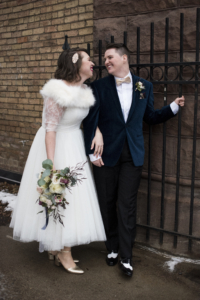 The yin/yang progression of sun and moon generated a lopsided sky sparkle that resembled a goddess’ diamond ring. And within the outlaw night all around it, a single glint asserted itself—it was the planet Venus, winking knowingly through violet wisps of indigo vapor.

Which is when Nora Powers proposed to Sadie Plendl. That second, secret motive was secret no more.

It was Nora’s birthday, after all, and she had but one wish.  As Sadie recalls, “We were out in a field in the middle of nowhere under the path of totality, and just moments before the eclipse Nora said that what she really wanted for her birthday was to marry me. It was perfect… and the eclipse was so cool!”

The proposal was not just accepted; it was replicated. Says Nora, “A few weeks later, Sadie planned a bike adventure around Minneapolis to many of the significant-moment places for us. Then we ended at Marvel Bar for the [second] proposal. It was really sweet.” That proposal was accepted, as well, making the notion of marriage unanimous.

Those twin proposals had been nearly twenty years in the making. The two women had met before they were women—that is, in the fourth grade—but no sparks flew then because, c’mon, it was the fourth grade. A Super Bowl party brought them together again as college students, and Sadie accepted Nora’s proposal for roommate-mony, which, after a year or so, escalated to dating-mony that itself eventually evolved into matrimony… a final arrangement the soon-to-be-wives approached with temperate earnestness.

“We both felt that marriage was an honest reflection of the kind of commitment we already had, having been together for seven years,” Sadie explains. “We decided to make our commitment an official one so that we could fully benefit from the legal protections and benefits marriage offers. We had been talking about having some sort of anniversary party anyway and decided to add a legal contract and make it a wedding instead.”

“The lovely thing about modern marriage is that it actually comes with no specific script,” Nora observes. “While there are some traditions of marriage that don’t sit well with us, we made the commitments we wanted and left out the ones we didn’t want.” 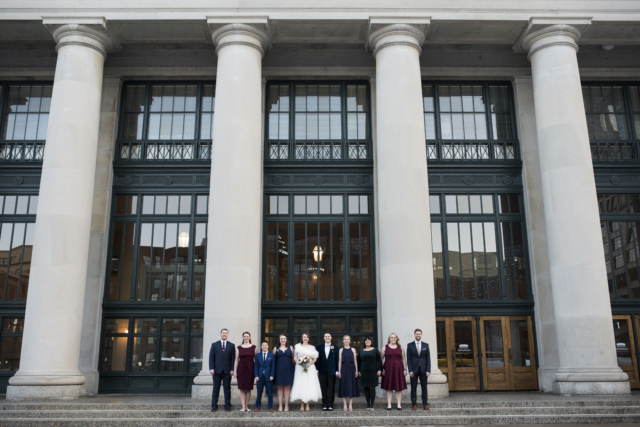 In keeping with the notion of selective tradition, the two women wrote their own vows.

“We’re not religious, so it was part of how we made the ceremony meaningful,” Sadie asserts. “We wanted to be specific about what we were committing to. In the end, it was totally worth the effort. We had the opportunity to say in our own words how meaningful the other person was to us.”

Such invocations can summon genie-like feelings that can be hard to control.

“Before the ceremony,” Nora remembers, “Sadie told her sister that her goal was to write vows so beautiful and honest that they would make Nora cry… then, of course, Sadie cried so hard she barely made it through reading them.”

It all came together, more or less, in August of 2017, and it’s stayed together ever since. Like the eclipse that turned their schoolyard start into engagement, Nora Powers and Sadie Plendl continue together on their own personal Path of Totality.