A Helping Hand To Those Who Served 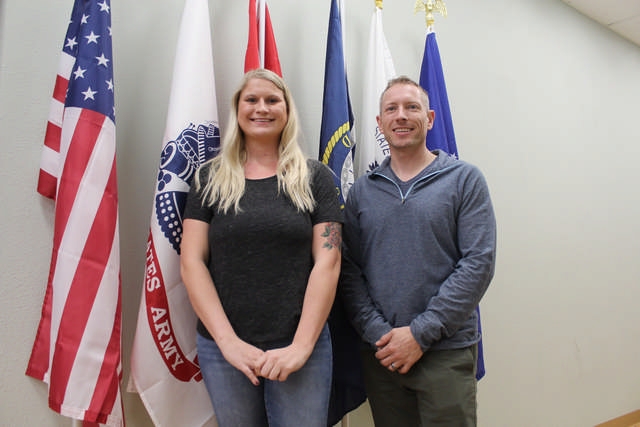 As we celebrate the men and women who serve in the armed forces, it’s important to take note of the struggles many veterans face once their service has ended. Homelessness, unemployment, substance abuse and disabilities have proven to be major problems within the veteran community.

According to the U.S. Department of Housing and Urban Development, an estimated 40,056 veterans are homeless on any given night in the United States. Many organizations around the country have made it their mission to assist veterans in combatting homelessness and unemployment, and here in Minnesota, the Minnesota Assistance Council for Veterans (MACV) is a shining example of such servitude.

“Our mission is to provide housing stability for veterans that (are) finding themselves in a position where they’re becoming homeless or they’re currently living on the street,” said MACV development officer Shaun Riffe. “And we do that in a few different ways. The first way we do it is (that) we provide immediate direct assistance, providing money to things like paying a month of rent to help them get caught up on their bills so they avoid eviction.”

MACV also offers safe housing options for homeless vets looking for either transitional or permanent housing, coordinating resources for food vouchers, health care, job search assistance, and chemical dependency treatment. On top of that, MACV does not discriminate on the basis of age, race, ethnicity, gender identity, or sexual orientation. Riffe says that MACV has become increasingly dedicated to reaching out to GLBT veterans.

“Our first outreach started specifically this last year during Pride,” said Riffe. “We started thinking, ‘Where are we not reaching out to people?’ And so (we decided to go) to Pride. There are a lot of vets that are in the service that are in that community, and maybe that’s a way to just at least get the awareness out there.”

Riffe believes that queer veterans are at a particular risk of facing homelessness.

“I’ve interviewed three different clients we’ve had go through our system. One of them (was) Marissa, a former Marine (who is) also transgender,” said Riffe. “Because of the transgender community’s struggles with housing and jobs and all the things that kind of come with that, she became homeless. She went through our program and then ended up working with one of our partners, and is now a housing manager, and so she works with some of the clients that we actually work with.” 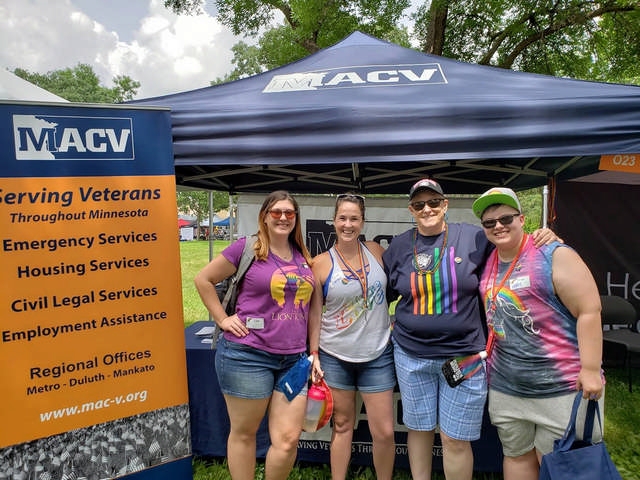 Riffe also touched upon the particular difficulties of GLBT veterans who served around the time of the Vietnam War, when serving while openly gay was grounds for discharge.

“What we do know is that in the military, up until (the repeal of) Don’t Ask, Don’t Tell, it was illegal to be openly gay (in the military),” said Riffe. “We have a lot of (Vietnam-era) veterans that have come through that time and they know this stigma and they don’t know if they can trust the military. Now we feel like it’s about building trust to that particular community.”

MACV case manager Mikaela Hunley recounted when she assisted a younger gay woman who was dealing with homelessness. Hunley said that the client didn’t have any real issues being openly gay in the military.

“She’s post 9/11,” said Hunley. “(With) the millennial age group, it’s super accepted in my opinion, and I think as we get older, I don’t think it’s going to be that much of a problem going forward.”

Riffe said that MACV’s doors are open to any and all veterans, regardless of their sexual orientation or gender identity, and that their well-being and health are top priorities.

“Our group here had a great time at Pride last year,” said Riffe. “Throughout the day, people just kept coming and they found out more and more, and it wasn’t even like, ‘We’re here just for homeless.’ But there’s an organization that serves veterans that’s here celebrating with (them).”

“I really think it’s just (about) making sure they know that support is there.”

For more information on the services and resources provided by MACV, visit www.mac-v.org.