A Fashion For Family 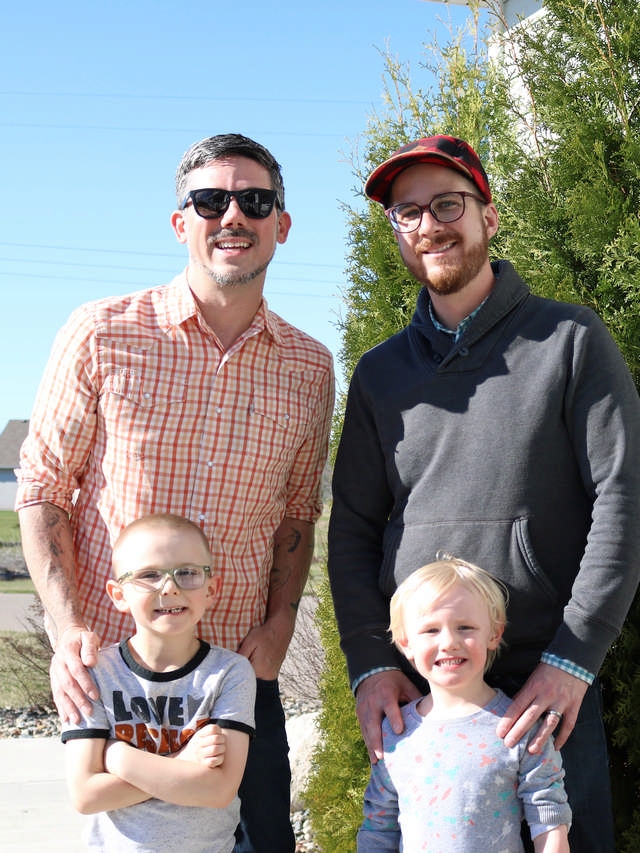 The three of us are sitting in the driveway of the home Christopher Straub designed for his family several years ago. A small family of ducks (yes, they provide the family with fresh eggs) scuttles around the backyard and an occasional car passes by in the sleepy young neighborhood that Christopher and his husband Ronnie have made their home. Their two kids, biological brothers who the couple adopted in 2016, try to settle on an activity while we chat: bouncing between chalk, bikes, tablets, and begging to go over to play with the neighbors.

You might recognize Christopher from Project Runway’s sixth season, an experience that he will be the first to tell you completely changed his life. Before being on the show he admits that he couldn’t “get in front of thirty people” to speak, and now half of his work is on television as a host for EVINE’s Fashion Takeover. Because of his time on Project Runway he has been able to work entirely for himself, which he recognizes as the luxury that it is. Project Runway took him on a different path than he imagined, but it is a path he loves.

Christopher also writes and illustrates children’s books. His most recent is a baby-friendly book called Animal ABCs. His previous titles star cute animal characters (including a Yeti) who tackle important topics like self-discovery, bullying, and being nice—even if the people around you are not.

Christopher’s husband Ronnie has been at his side for over a decade. The two met (at Pride!) about five years before Project Runway and despite the chaos of the show (“I think during that five weeks we had one five-minute phone call,” Ronnie recounts) the two have a strong partnership. Recently, Ronnie has switched his career to a local government job so he can spend less time traveling for work and more time near home enjoying the early years of his sons’ lives.

Having kids was something that Christopher knew he wanted early on. Raising a family “felt like part of being a human” for him. As a GLBT couple, the two “were prepared to fight tooth and nail” at the start of their adoption process, but the future fathers quickly realized that there was no fight at hand. Most of the literature regarding adoption assumed that applicants were infertile straight couples, but aside from that, Ronnie and Christopher never felt like they were judged or at a disadvantage as a same-sex couple seeking to adopt children. 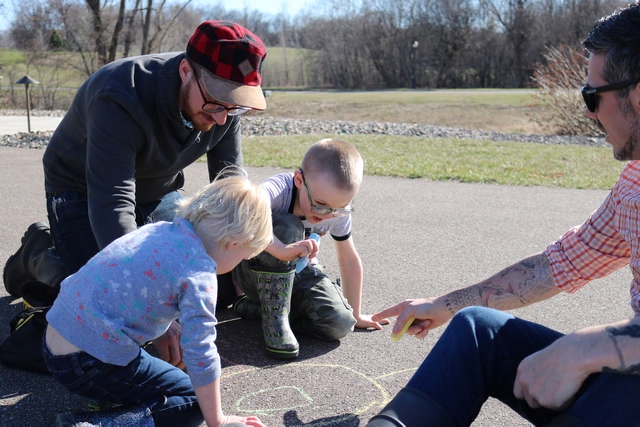 The two knew that they wanted to adopt a foster kid. The support from the state with health care, etc. is incredible, and knowing that “there are kids here who need a family” made them feel like they were helping their community. (Although both are quick to say that they did not adopt because they wanted to be seen as “noble”.) Before they could adopt, Christopher and Ronnie had to get their home up to code, a process they were happy to complete, knowing that they were creating a safe place for their future children, but sometimes felt a little ridiculous considering that a “teenager could just get pregnant and have a kid.”

Once their home was up to code, they were surprised by how quickly the process went. “We got our kids so quick. Some of our [straight] friends from three years ago are still waiting.” Both dads have leaned into the fun of parenthood. Ronnie loves taking the kids to ValleyFair, kids events, and on family vacations where he plays right alongside them. Christopher loves seeing both boys become “little versions of [him and Ronnie]”. Whether the boys are building like Ronnie or making art like Christopher, the sense of pride in being able to inspire and teach their kids is palpable. Michael is already making and selling his own art (dinosaur pins) with his dad’s help. Christopher and Ronnie are putting all of the profits from the pins into a college fund for Michael. 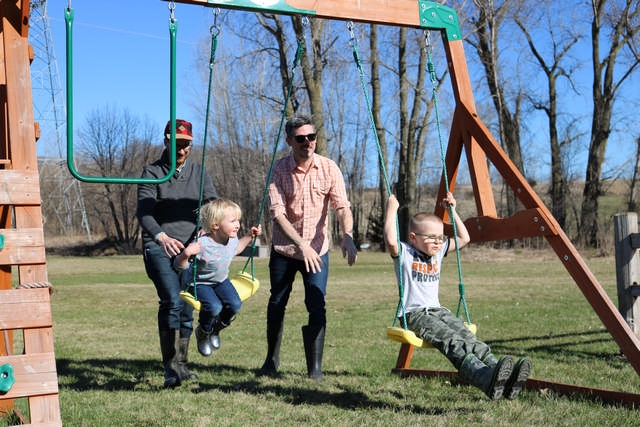 Christopher and Ronnie adopted their sons in 2016.

Christopher will have a booth at Pride where he will be selling not only his own work, but Michael’s as well. Get a book, get a pin (one of them glows in the dark! Most of them sparkle!), and spend a few moments of your Pride meeting Christopher.

If you don’t have time at Pride this year you should still check out Christopher’s work at www.christopherstraub.com. His work (and Michael’s!) is well worth supporting.