A Day In The Life: Robyn Dochterman 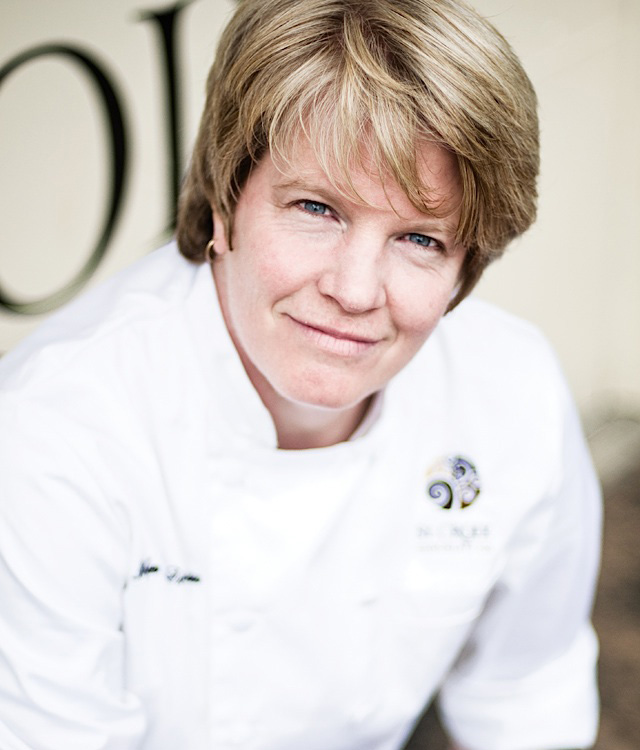 Where did you grow up? Near Mt. Vernon, Iowa (east central part [aka not the flat part of Iowa]).

Where do you live? For the last dozen years, I’ve lived near Scandia, which is about 40 miles northeast of the Cities. Before that I was a South Minneapolis gal.

Who do you live with? My partner for 30 years, Deidre Pope. We also have a cattledog, four cats, 20 chickens, and honeybees.

What is your occupation? I own my own business, St. Croix Chocolate Company, and I’m the chocolatier, which means I make all the chocolate.

When did you come out? I was 19 when I first fell in love with a woman.

How’d that go? Well, the interior part, where I understood how I was different, was wonderful. The romance was wonderful. The family part was like a horror movie. It started with my parents arguing over whose fault it was that I was gay, and ended with me being forced to leave college and taking a Greyhound to California to live with my aunt and uncle. It got better, though.

Phone alarm or old school alarm? The birds outside or the cats inside usually instigate awakening.

What’s the first thing you do in the morning? Feed the animal circus.

Coffee? Cream or no? I like my caffeine cold, so…Mountain Dew. Cream in Mountain Dew would be kinda gross, I think.

How do you spend your commute: I used to listen to a lot of music when I drove into the Cities, but now it’s only four miles, so I mostly watch for deer.

If your job were like a yearbook, what would you be voted? Most likely to do what everyone envies. Is that a category?

What inspires you? People who are really good at what they do; and people who aren’t, but put themselves out there anyway and learn from each experience. Also, fresh-squeezed tangerine juice is so good, it always reminds me to be grateful for the experience of being on Earth.

Do you eat your lunch while working or take a break? I usually take short breaks while chocolate cools to the right temp, so I’ll sort of graze my way through the day. Unless I’ve been very organized and brought leftovers.

Is your work space tidy or a hot mess? The kitchen is clean and calm. My office is a disaster to everyone who sees it, but it works for me. I call it a visual, horizontal filing system (meaning, everything is on a horizontal surface where I can see it).

What’s been your favorite job? I love working with chocolate and being my own boss, but I’ve loved every job I’ve had, including being a web editor at the Star Tribune and being editor of Equal Time (GL newspaper) back in the ’90s. Each has its own rewards and challenges.

Who are your heroes? My first hero was Joe Torre (who played for the St. Louis Cardinals when I was a kid). Also, Amelia Earhart, Melissa Etheridge, Chris Kluwe, and everyone who works to protect the environment.

Favorite weeknight meal: Go out, take out, or cook in? I love to cook and grill, which is good, because there aren’t that many restaurants within 10 miles.

Most embarrassing moment: While I was still in college, I did an internship in San Francisco with the Women’s Sports Foundation. I’d read somewhere that tennis champion Martina Navratilova liked to play the horses, and I knew she was in town. So on behalf of the WSF interns (and on WSF letterhead), I sent her an invitation to spend an afternoon at the track with us. Apparently, that wasn’t even close to appropriate and I got in a lot of trouble for using the organization’s name, and not going through proper channels (which would have derailed my plan, of course). A year later, though, my boss made sure I got a chance to meet Martina in person, though we never did get to hang out at the track.

On a usual weeknight, you are doing what? I often work until 8:00 or later (the later, the better because no one can see me boogie out to ‘70s music), but I love to walk, watch reruns of Friends and read cookbooks. Lately, I’ve become obsessed with Forrest Fenn, a guy who hid a million-dollar treasure chest somewhere in the Rocky Mountains and then wrote a poem to direct people to it. Five years later, we’re all still trying to make sense of the clues and find the treasure. So I like to pore over his memoirs, looking for some little tidbit that others might have missed. No luck so far.

Bedtime: Sometime between 10:00 and 1:00, unless it’s a “chocolate holiday” like Christmas, Valentine’s Day, or Easter. Then, much later.

Favorite weekend activity: I like to hop on the garden tractor and mow the lawn. It makes me feel organized, visually calm, and industrious. Plus, I get to visit everything I planted (before I started the business, back when I had a real life) and see how it’s doing. Add some grilling to that, maybe a bonfire and a Bloody Mary, and I’m good.

Words of wisdom to share: First, be a decent human being. Then, do what you want to do.