Looking Back at 40 Years of HIV 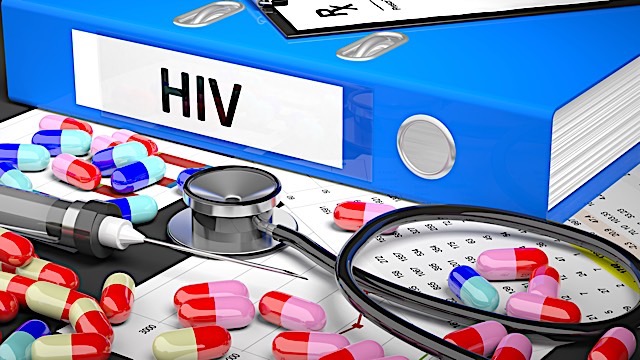 During the month of Pride, we both celebrate and remember both the triumphs we’ve made as a community and the sorrows we’ve shared. In June, many queer people think of Stonewall. However, there is another date that celebrated its 40th anniversary that not many know about. On June 5, 2021, the CDC announced the first official reporting of five cases of what eventually became known as Acquired Immune Deficiency Syndrome (AIDS) and what is now HIV Stage III. Over the course of 40 years, more than 32 million people have died from HIV worldwide.

This is an important topic worldwide but especially to the queer community which is why I was able to talk with the Executive Director for Clare Housing, Phoebe Trepp. Clare Housing’s main belief is that they can create an AIDS-free future generation through the provision of high quality and appropriate housing. They serve low income people who have HIV and help approximately 300 people, both children and adults, in their housing per year. Every year approximately 90% of the residents at Clare Housing have an undetectable viral load (and remember undetectable = untransmittable). Clare Housing also provides housing for people who are highly disabled and who are unfortunately nearing the end of their lives and need the care of health care providers 24/7.

“We believe that inequities seen in our world have contributed to the inequities we see in HIV, namely that people of color, men who identify as gay or bi, and people of low income are dramatically and disproportionately impacted by HIV,” said Trepp. “Systemic racism and homophobia contribute to the HIV epidemic, and our work involves creating desirable housing for people with HIV who have no other options to find a stable home.”

While helping those in need is vital, it’s also important to continue educating the public on HIV/AIDS. That is why I asked Trepp what were some of the biggest misconceptions that people have about this topic. Trepp said that there were two prevalent misconceptions that they, as an organization, are trying to combat.

“One is the ongoing stigma and belief that people living with HIV or AIDS can pass the virus through simple skin to skin contact with others, or even through secondary contact with a physical object,” Trepp explained. “This false belief is detrimental to both parties and is simply not true.”

It’s honestly surprising to me that people still believe this misconception, and I was shocked to hear it. It seemed like that was a theory or belief that people had back in the 80s like when Princess Diana visited an AIDS ward in the late 1980s. It was a scene even recreated in Netflix’s The Crown after Diana visited and hugged a young boy.

“The other misconception we’ve  seen arise is that HIV is a thing of the past, that HIV has been solved and resolved,” Trepp said. “HIV is now treatable, but it is alive and active in our communities. More education around preventing HIV is still an urgent need in order to slow the spread of the virus.”

With the 40th anniversary this year, I asked Trepp about how far we’ve come and to reflect on this more. It was then when they said that that Clare Housing was actually founded during the beginning of the HIV crisis when there were effectively no treatments. Trepp told me about how the work that was being done at that time was end of life care for those who had nowhere else to go. It was truly the goodness in people’s hearts that started Clare Housing, and the people who started the work were volunteers and opened up their family homes to care for a few dying people at a time. These people were met with compassion and the respect they deserved.

In the mid-90s, a new medication began to emerge which could extend and improve the health of people with this virus. That was when Clare invested in their first long-term permanent supportive and affordable housing apartment building.

“People were eager to live in a place where they would be not just welcomed but celebrated, and where they could get assistance with managing medications and other related needs,” Trepp said. “Some of our first residents…are still alive there today, leading happy healthy lives. Over the course of the last 20 years Clare has built and is operating four large apartment buildings and over fifty scattered site units for families, couples and individuals.”

As I scroll through social media every week it seems like a new breakthrough has occurred for HIV/AIDS. Whether it’s a new study, drug or some sort of medical journal reporting the effects of something on the virus, things are happening. I wanted to know if a vaccine or cure could be found in the next decade, 20 years or even in this lifetime. Trepp spoke about how it all depended on how many resources are devoted to finding a vaccine or cure. PrEP and PEP are opportunities to stay safe from a potential exposure to HIV and other medications are now so effective that 90% of Clare Housing have an undetectable viral load which means that they cannot pass HIV to others.

“Despite these incredible improvements we continue to see new cases every year here in MN and worldwide,” Trepp explained. “We must continue to advocate for the resources needed, both to house and provide care for people who have HIV/AIDS, and in conducting research until we find a vaccine or cure.”

With the new administration taking over earlier this year, Trepp and I discussed what they can do to help. It’s vital that funding and policy are both important parts of building a future HIV-free generation, and that is a testament to how Clare Housing demonstrates first hand that without housing, the epidemic will continue to spread.

This year, Clare Housing advocated for over $600 million to go towards an essential HIV housing related funding source, known as HOPWA. The Biden administration ended up budgeting $400 million.

“There are also important local and federal policy issues impacting the future of HIV,” Trepp continued to explain. “HIV continues to escalate at a disproportionate rate among people of color and men who identify as gay or bi. Policies need to ensure that people with HIV have access to high quality and appropriate treatment and housing where they can access treatment.”

The last thing Trepp said in our interview was that there is much work to be done, but much promise on the horizon if we continue this work together. Clare Housing often has more people on their waiting list than they have units which is why it’s vital to help continue helping. If you’re able to donate, please visit their website www.clarehousing.org  because everyone with HIV deserves a place that they can call home.