100 Years Of Service And Acceptance 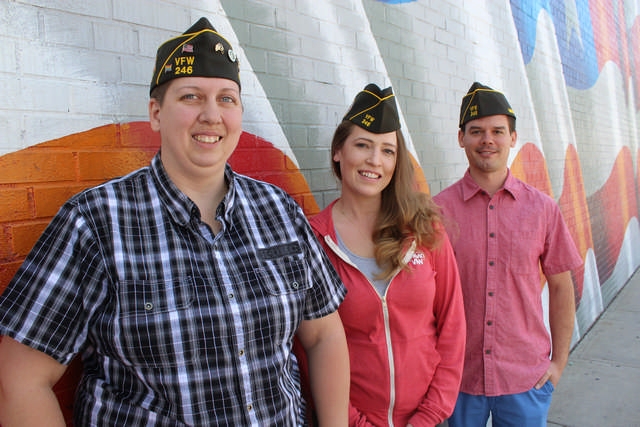 If you’ve lived in or frequently visited Minneapolis, odds are that you’ve made at least one trip to the James Ballantine VFW Post 246. Situated right in the heart of Uptown’s Lynlake neighborhood, the Uptown VFW has been a popular hangout for dance parties, karaoke nights, music shows, or just chilling out with a beer in hand.

Most importantly, however, the Uptown VFW has been focused on its mission to foster camaraderie among veterans of foreign wars, and has been working hard to engage veterans with the local community at large. As of this writing, $4.4 million have been raised by the VFW to lend monetary aid to veterans and active-duty soldiers and their families, as well as 878,349 hours volunteered in VA medical centers, hospitals, and nursing homes.

“We are the most established VFW in the area,” said LS3 Matt Terry, marketing manager for the Uptown VFW. “Our presence is pretty wide. We’ve got members down in Cannon Falls, up to North Branch. So all veterans seek us out to be a part of what we’ve built here, and help expand our reach and expand our abilities to really help the overall cause.”

This year, the Uptown VFW achieves an astounding milestone with its 100th anniversary, with the official anniversary date taking place on Nov. 4 this year. 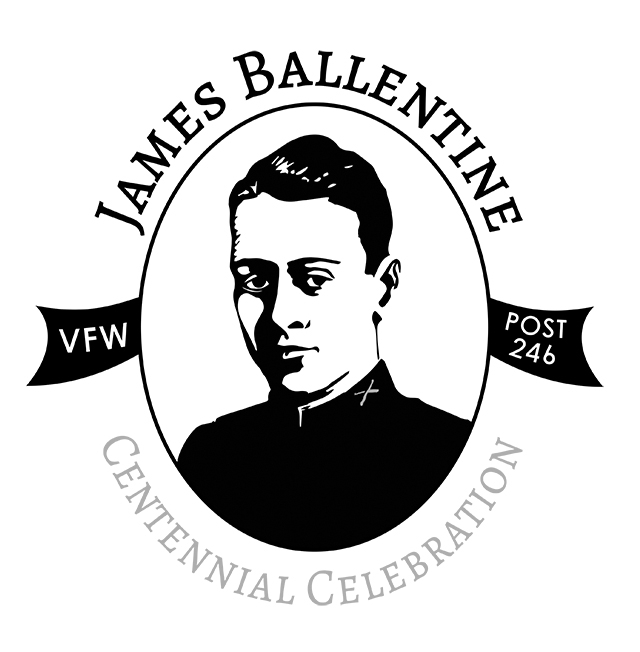 “We’ve been really pushing hard as far as all our events going on this year,” said Terry. “This year I want to step above and beyond and really make it known (that these are) the kind of things we do in the neighborhood.”

Aside from the regular work being done for veterans in general, the Uptown VFW is unique in its unconditional love and support for the local GLBT community and queer veterans.

“I’m about 99 percent sure we were the first VFW to ever attend a Pride event in the country that we know of,” said Terry. “We did some deep diving, and no one else was marketing or talking about being as open as we’ve been striving to be.”

“A lot of it honestly comes from the location that we’re in,” Terry continued. “Sexual orientation or gender identity: none of that matters as long as you serve. And that goes for either being a patron or a VFW member.”

That very respect and acceptance was afforded to current VFW member SPC Sarah Ditto, an Iraq War veteran who served in the Minnesota Army National Guard from 2003 to 2011. Due to serving while Don’t Ask, Don’t Tell was still in effect, Ditto admitted to having a difficult experience as a lesbian serving in the military.

“It sucked being in under Don’t Ask, Don’t Tell,” said Ditto. “Most people (knew) that I was a lesbian. But there was definitely some prejudice at some point against me in my unit.”

Ditto said that she was a regular victim of harassment and unfair treatment, even being written up because her crewcut hairstyle wasn’t deemed “feminine” enough. 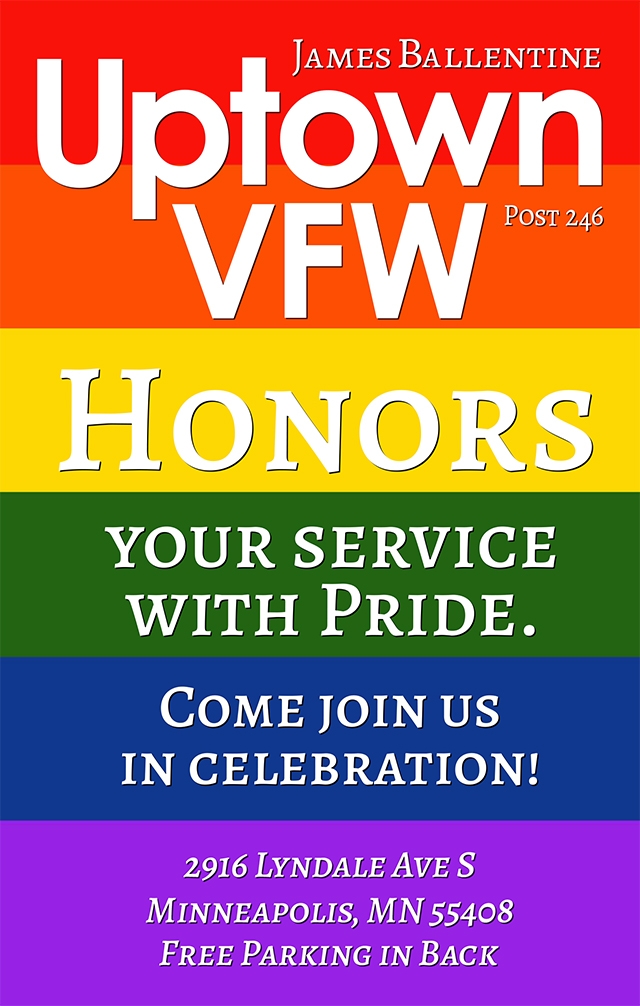 “And they kept telling me Don’t Ask, Don’t Tell was gonna get repealed,” said Ditto. “I was like, ‘I’ll believe it when I see it,’ and it got repealed as soon as I got out.”

Even though her time in the military was marred by such negativity, Ditto found post-service solace in the Uptown VFW after being encouraged by a friend to visit.

“I felt welcome at this post since I first came here,” said Ditto. “I love it here, and I was able to help organize the first Gay Pride that (the VFW visited). And everybody was coming up to us and thanking us for being there. And they’re like, ‘Thank you for your service. I got off work here to thank you.’”

Now a member for two years, Ditto said that her time with the VFW has helped heal her wounds.

“My experience in the military as part of the community was not positive,” said Ditto. “And this has been able to help overshadow that and help me with some of those issues.”

Indeed, the Uptown VFW has proven to be a nurturing and welcoming environment, and has demonstrated zero tolerance for hateful attitudes on its grounds.

“A few months ago, a regular who came here to sing karaoke every night called a member the ‘F-word’ and was kicked out of here very quickly and has been permanently banned,” said TSgt Jen Mead, Uptown VFW Junior Vice-Elect. “That’s the level of tolerance we have for that kind of shit.”

Mead expressed disappointment that, in the year 2019, the Uptown VFW was considered “ahead of the curve” for its progressive policies regarding GLBT veterans.

“There have been gay people serving in the military since the American Revolution,” said Mead. “There have always been queer people in our military, and (it took) 230 years to recognize that. So it’s a little bit sad, we’re trying to fix that. And even if other organizations don’t see it, we acknowledge it. And I think that’s a big part of why we’re doing well: we’re recognizing what the actual military looks like.”