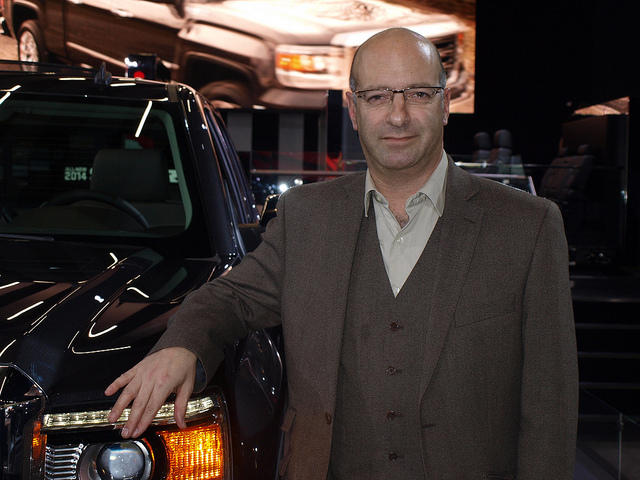 Even through this historic period in our community’s history, there are still a few areas where equality is being challenged.

In some places, being out at work continues to be a struggle. The perception is that in certain industries GLBT employees would never get their fair share. We often ask for acceptance in our workspace, benefits for our partners and spouses, and protection against discrimination when terminated for the cause of being GLBT.

However, the overall perception of the automotive industry of not being a friendly place for GLBT employees was crushed years ago. At the forefront of this paradigm change was General Motors. GM became the first automotive firm in North America to extend benefits to same-gender partners and spouses and to codify non-discrimination clauses in their human resource policy books.

In 2000, GM also became among first entities within the automotive industry to officially recognize an employee resource group (ERG) for their GLBT employees and allies. GM PLUS has since been a leader in the industry in terms of the work the ERG does within and outside of the company. Not only has GM sponsored the Out and Equal Conference in the past, but the founder of the ERG was recognized by the GLBT professional group as one the movement’s pioneers.

At the 2013 North American International Auto Show in Detroit, I had the pleasure of interviewing the chairperson for GM PLUS, Adam Bernard. In his current capacity as Associate Director of Competitor Intelligence, Bernard took on the top role at GM PLUS in 2006, after coming out in 2001 by wanting to get involved within a similar functional group inside the Research & Development department – a forerunner to the ERG.

Bernard explains the primary function of GM PLUS, a resource within the company. He stated that the group focuses on “workplace equality, benefits, helping [GLBT] employees get answers to questions, helping advise the company on [GLBT] issues.” Bernard further stated that, “When a question comes up, we’re the door you knock on if you have a question on the [GLBT] community.”

According to Bernard, GM PLUS has a membership of between 200-225 GLBT employees across the company. While most of its membership is centered around GM’s facilities in Southeastern Michigan, Bernard mentioned there is one member in China, one in Mexico, and some on the West Coast of the U.S.A. Bernard knows of one member working at one of GM’s plants. The ERG communicates through an internal website, but also will post articles through GM‘s internal news channel as a way to communicate to the company at large what GM PLUS is doing.

The ERG also does outreach representing GM. Last year, the group went to Purdue University for a GLBT career panel. Bernard stated that it was there when GM PLUS was joined by Mr. Gay Indiana, who just happened to work at one of the company’s stamping plants in the state.

As part of GM PLUS’ work in the Southeastern Michigan community, Bernard cites that the ERG is “involved heavily” with Affirmations, the region’s GLBT community center. Along with ERGs from Ford and Chrysler, Bernard said that his group helped in contributing $250,000 to help build the new location for Affirmations. It also combined with Ford and Chrysler GLBT ERGs; GM PLUS supports Motor City Pride, now held annually at Hart Plaza in downtown Detroit since 2011.

One of the recent highlights of GM PLUS was the production of a video for the It Gets Better movement – the first automotive entity to do so. According to Bernard, the idea was discussed within GM PLUS’s board. However, a phone call from Joe LaMuraglia, the Manager of Communications for GMC and company Diversity Communications specialist for GLBT market, to Bernard set the video in motion. LaMuraglia got inspiration by seeing Google’s “It Gets Better” ad during an episode of Glee. The ERG asked for volunteers within the company, while LaMuraglia worked the production’s logistics and the script.

When their “It Gets Better” video was released via YouTube, GM received positive feedback within and outside of the company. A year later, GM PLUS followed up with a reflection video shown internally within the company focusing on the people involved in the original video and how it changed their lives.

Also last year, GM PLUS took out an ad in Southeastern Michigan’s GLBT publication, Between The Lines, ahead of Motor City Pride. The ad featured the Chevrolet Volt in-between two other products of the bowtie brand. The tag line was a classic one: “Mom, Dad, I’m Electric.”

The euphemism for coming out sparked a social media frenzy, as the ad copy showed up on Facebook and linked on other similar channels. Bernard did not plan on the ad going viral, but the reaction has been extremely positive in and around the community.

Bernard affirmed that support for GM PLUS and its efforts come from “all the way to the top.” Recently, GM’s Chief Executive Officer Dan Ackerson recorded a video supporting the GLBT employees of GM. In turn, the company will have its first Chief Diversity Officer as part of GM’s leadership.

In turn, GM PLUS is leading the way into the future with initiatives internally and externally to advance the cause of GLBT employees and professionals. For example, Bernard is working with the company’s Human Resources to add GLBT self-identification on an employee’s record after being hired. Bernard said the motive in doing so is to “be able to track and mentor [GLBT] employees within the company.”

Outside the company, Bernard also mentioned that GM PLUS is working with other major firms outside of the automotive industry to “cross-reference and benchmark” each other on GLBT employee issues and ERG development.

As for the purpose of being out front as an company affirming their GLBT employees, Bernard said that though it is “nice being an open company, it is also good business.”

For GM, through the efforts of GM PLUS and Bernard, it has been good business being a beacon for GLBT workplace issues and its personnel.