Who You Gonna Call? The McQuillan Bros. 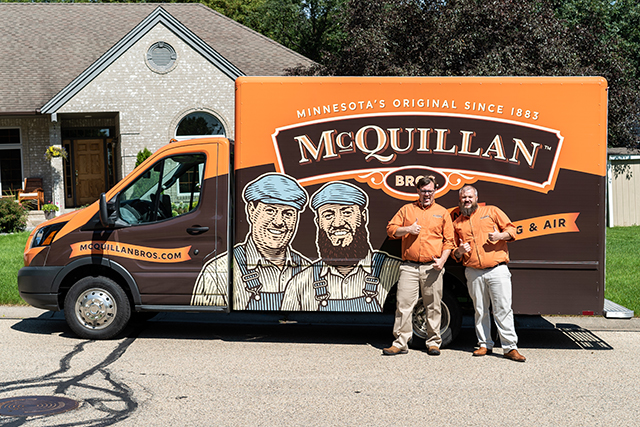 McQuillan Bros. have maintained and repaired HVAC systems in the Twin Cities since the late 1800s. Photo courtesy of McQuillan Bros.

The McQuillan Bros. has been servicing all of Minnesota’s HVAC needs for more than a century.

Minnesota just might be home to some of the world’s oldest boiler systems, and it’s all thanks to the McQuillan Bros. HVAC company. Founded in 1883 by now-owner John McQuillan’s great-great-grandfather, McQuillan Bros. maintains and repairs all sorts of HVAC systems. Though today they’re known for working on homes throughout the Twin Cities metro, McQuillan Bros. has done piping for Al Capone during the Prohibition days, gas piping in Yellowstone National Park, and even produced the design and layout for the entirety of Duluth’s steam system. Not to mention, the University of St. Thomas in St. Paul sits on land that was once the original McQuillan family farm, which was donated to build the now renowned college.

Still not impressed? Today, McQuillan Bros. covers the entire Twin Cities metro area, specifically in homes in South Minneapolis, St. Paul and Edina. Their specialty is high-end and historic homes, which sometimes leads John McQuillan to inspecting boilers that were installed by his great-great-grandfather. McQuillan says their work spans from Lakeville to Forest Lake and from Stillwater to Delano—if it’s in the Twin Cities metro, it’s got the McQuillan name on it.

The McQuillan Bros. do plumbing, heating, cooling, sewage repairs, residential steam boiler maintenance, and much more. They are a 100 percent residential home service provider, though they make the exception for homeowners who want their excellent work in their businesses, too. Other than that, McQuillan says they do not do commercial work. 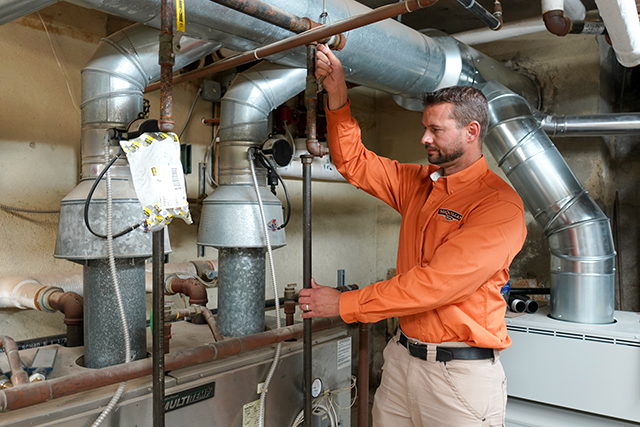 “If you put like $1,000 into cleaning and repairing, you can get another 25 years out of something. It boils down to maintenance,” he says. “The big thing for us is to go into your home, assess the situation, prioritize a list of issues, present it to the homeowner, be there to answer any questions, and help make a decision based on your budget. If you bought a new car, would you go five years without an oil change? Absolutely not.”

McQuillan says they reach out to homeowners when it’s time for an inspection so they don’t have to remember. This way, no homeowner is going five years without an inspection—kind of like an oil change.

As we transition into spring (thankfully!), McQuillan says a tip to keep in mind is installing or inspecting something in your home as soon as possible.

“If you have an old home and are looking at adding cooling, do it sooner rather than later because you can save so much money if you do it before it’s hot out. Do the same with getting your A/C inspected to avoid any overtime emergency repairs,” McQuillan says. “It’s cheaper to do preventative maintenance rather than coming out at midnight in an emergency, which we do by the way!”

McQuillan says they offer one of the lowest priced inspections in town, so getting your A/C inspected isn’t just convenient, but also affordable. 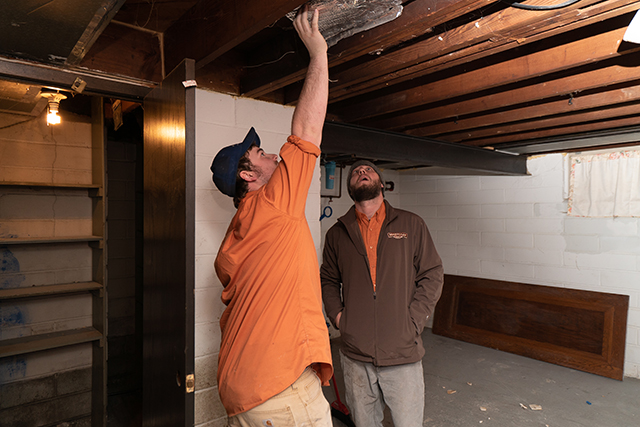 According to McQuillan, a massive portion of their clientele is within the GLBT community. He says referrals are most common from GLBT customers, which helps business grow.

“The LGBTQ community is the most referral-based community among our clientele. It’s the most incredible community as far as referrals,” he says. “We’ll do a good job in someone’s home, and the referrals in this community come pouring in. It’s incredible! We want to blow people out of the water, and we’re honored to serve this great community.”

When they aren’t inspecting and repairing, the McQuillan Bros. are out in the community–especially this one.

“Everyone will see us in the Pride parade this year,” McQuillan says. “We just got kilts for the guys. It’s about to get real!”