Where The Palm Trees Sway 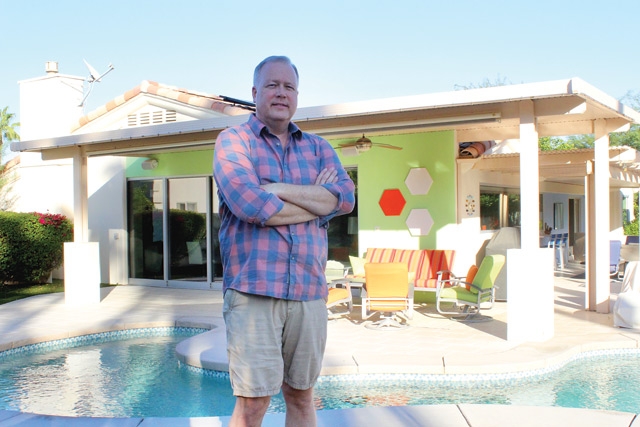 Twin Cities native and current Palm Springs, CA realtor Curt Larson offers up advice for those looking to shake things up in this jewel of the Coachella Valley.

It’s an inescapable fact: Minnesota can be a land of extremes. Our summers can be incredibly hot and humid, and our winters are practically the stuff of snowy, frigid legend. For some people, a change of scenery may be necessary, even if it’s just for a season or two per year.

Curt Larson knew the feeling all too well. A graduate of Mankato State University, Larson moved to the Twin Cities to work in economic development.

Despite possessing said license, Larson said he never used it in Minnesota. However, an early 2012 trip with his husband Mark to a little place called Palm Springs, CA sparked a proper means of putting that license to good use.

“We lived in the Morningside neighborhood of Edina,” said Larson. “We thought that would be our forever home, it was a beautiful Craftsman. Then friends moved out here [in Palm Springs], and we thought, ‘Well, let’s go visit them, we’ve never been to Palm Springs.’ So we came out here February of 2012. And we’re like, ‘Wow, this is really nice out here.’ So then we came back in May to visit two other friends that were here and we decided, ‘Hey, maybe we should just move now.’” 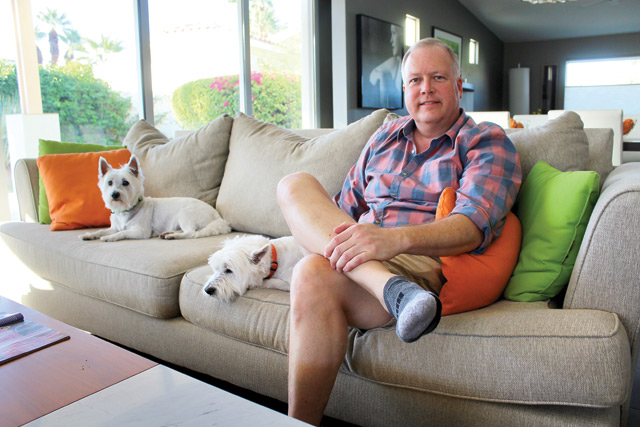 Curt Larson moved to Palm Springs from the Twin Cities with his husband in 2012, pursuing a career as a realtor in the area.

And move they did, arriving in the Coachella Valley town in the fall of 2012.

“When we moved here in 2012, I decided to get my license and just try to see what it would be like, mainly because I love the architecture out here,” said Larson. “I decided this is a great, fun way to see all the houses. And then it just kind of blossomed into what it is today.”

Today, Larson works as a realtor with Berkshire Hathaway Homeservices California Properties, having served clients in Palm Springs, Cathedral City, La Quinta, Palm Desert, and Rancho Mirage. When Larson and his husband moved to Palm Springs in 2012, they managed to score a deal thanks to post-recession prices.

“The market was starting to come back,” said Larson. “And we thought if we want to buy it out here now, we should do it before it goes back up to normal which was a lot higher than in 2012.”

A majority of Palm Springs’ residents are 40 or older, making it a popular retiree and winter snowbird destination thanks to its resort town amenities, mid-modern architecture, and warm winters, with the city’s population tripling during the winter. The city is also very popular with younger families looking for a warm winter destination for a week or two. Palm Springs also boasts the convenience of the nearby Palm Springs International Airport for those who travel frequently for their job.

“Mark is a consultant, so he just needs to fly out of an airport,” said Larson. “Palm Springs is convenient [for] the international airport here. So you could connect through anywhere, or have direct flights to Minneapolis, Chicago, Dallas.”

The primary benefit to buying a home or condo in Palm Springs, says Larson, is the weather.

“Yes, we get hot: June, July and August are our hottest months, but we don’t have to shovel heat,” said Larson. “You’re at the base of a beautiful mountain. [We have close] proximity to San Diego, L.A., Las Vegas, Phoenix. I get a lot of people from L.A. that buy homes out here because they can’t afford L.A. prices. They can afford them all down here. Then they rent them out. And then when they retire from L.A., they want to gradually retire here again for the weather.”

“Palm Springs is kind of the center for the gay community,” said Larson. “If you like going out to the bars, we have [a] street called Arenas where all of the bars are located. You could kind of bar hop, depending on your mood or if you’re with friends.”

And while Palm Springs is popular with the older community, it’s a proven spot for people of all ages making great investments in buying a home, whether it’s to live there year-round or purchasing a place to rent out during the warmer season.

So what sorts of tips would Larson offer people looking to move to Palm Springs?

“Palm Springs is really divided into three real estate zones: North, Central, and South,” said Larson. “So you have to look at those three different zones; Central and South are less windy. Up there [in North] in the morning, the winds go out towards offshore, and in the afternoon, because of the temperature differentiate, the wind will blow back in. So it’s windier up there, but the homes are priced lower. That’s one thing I’d have them look at.”

“‘Fee’ stands for ‘Fee Simple’: You own the land,” said Larson. “‘Lease’ means the majority of the leases here are tribal, and you’re paying them an annual lease to have your house or condo on that land. So [those are] two variables that I would have people look at.”

Depending on what a buyer’s income is, Larson says that condos are options for buyers alongside homes.

“A lot of the rental units, from what I’ve heard, are being turned over to vacation rentals,” he said. “So it’s a little bit harder to find places to rent here. So based on income, if you’re under you’re looking at under [$400,000], you probably should look at a condo. You’re not going to find a single-family house that is under that price that doesn’t need major work.”

“As you go down valley, you get more house for the money,” Larson continued. “I have a listing as in escrow right now. It’s in the high sixes and the house needs updating. That’s again why we bought here in 2012, because this house today would be easily three or four thousand dollars more than if we had walked into it today versus in 2012.”

Larson said that if a single-family house is what you desire, then a home in the $600,000 range is the likely price point for you. If you purchase a home on lease land, you can buy for decidedly less in the upper fours or lower fives.

“It’ll still need some updating, or it’ll be smaller,” said Larson. “If you bought a single family house on Fee Simple, you own the land. And let’s just say it’s $600,000. And then if you had the exact same house on lease land, it’d be about one hundred thousand dollars less.”

In the end, Larson says that the move to Palm Springs was absolutely worth it, akin to being on vacation every day.

“We moved here in September, and we got the house in November,” said Larson. “During the wintertime, we kind of kept pinching ourselves: ‘Can you believe that we’re in the pool on Christmas Day?’”

For more information on how you can make Palm Springs your all-day, every-day vacation spot, visit curtlarson.bhhscaproperties.com.