Vine Art: Turning the Ugly into the Beautiful 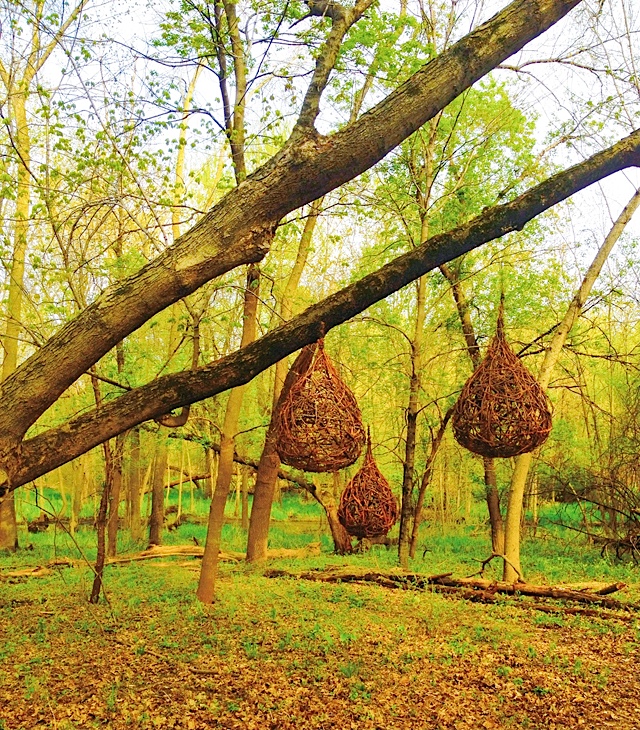 Teardrops in the forest. Photo courtesy of David Cook

Picture it: you’re walking through the woods and you happen upon a group of tear drops made of vines hanging from the trees. Is this the work of wood nymphs? Garden gnomes? Aliens?

David Cook, the artist behind last summer’s flower bombing, has shifted gears to create these natural works of art. “I’ve been building a sculpture garden deep in the woods in Hastings using vines,” he says. “It’s getting bigger and bigger—I’m cleaning out the forest to make room for my giant figures (flowers, crosses, stylized trees, spheres, angels, butterfly’s, etc.). I decided to make teardrops for a great addition.”

Discovering that he could hang them from trees to look like giant teardrops (or raindrops), Cook says they make a beautiful installation in a garden. Cook, who still flower bombs on a less frequent basis than last summer, finds his work with the vines to be very opposite from his colorful flowers. He says, “Maybe I needed to switch gears and be monochromatic and use natural materials: earth. I’m also helping the trees from being choked by the vines. Turning the ugly into the beautiful.”

Creating these vine sculptures is a labor of love. Cook drives his truck around the woods, on the lookout for vines. “Many areas I’ve already pulled all of the vines so I have to keep exploring other areas,” he says. “I pull the vines from the trees and sometimes dead branches come with them. I’ve been hit on the head many times, so I really have to be careful.” 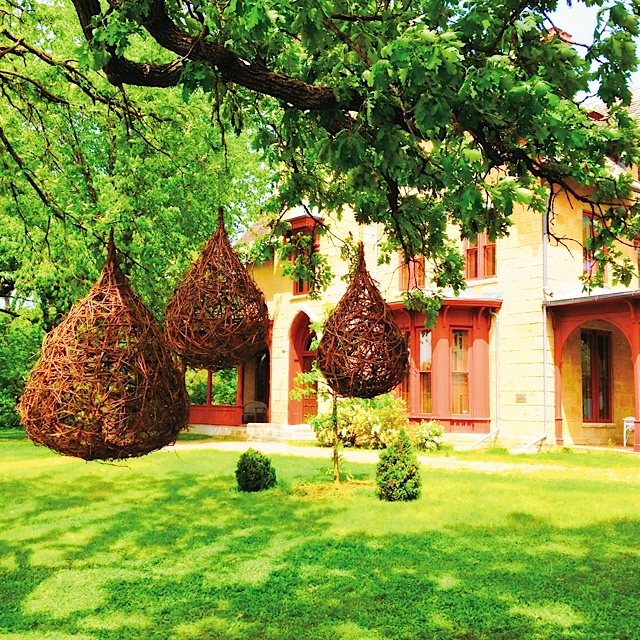 Taking the vines back to his studio or garden, Cook gets to work. Without the use of an armature (a framework around which a sculpture is built), Cook creates his teardrops free form. A mid-size drop takes about two days to complete, during which Cook says he will usually pull an all-nighter. “Then I’m more manic and the lines are much more free and not so contrived,” he explains. “They have more energy. People have also inquired about making them into chandeliers!”

Being that the sculptures take the form of teardrops, there must be some meaning behind them, right? Like a singer’s soulful ballad, the teardrops must be the work of sorrow. But that’s not the case. According to Cook, there’s really no meaning behind them. He jokes, “Maybe my tears? I don’t know…haven’t cried in eight years.”

Anyone looking to add one of Cook’s teardrops to their own garden is encouraged to head to Hastings to view his garden in the woods and the sculptures in order to choose one to take home. Although Cook could load one on his truck to deliver, he says, “People have to see them and decide which one. They would definitely be limited numbers because I’m the only one who can make these. They’re basically buying a sculpture from me that will last forever in the elements.” 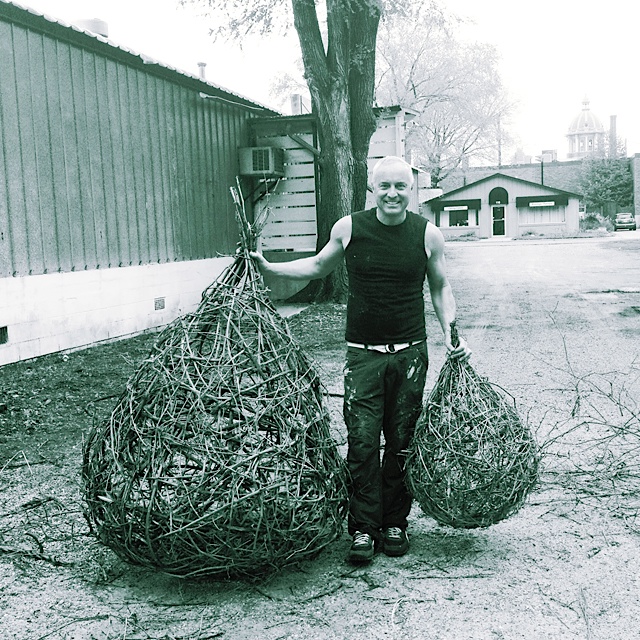 Cook with his art. Photo courtesy of David Cook

Starting at $275, inquiries about Cook’s teardrops can be directed at Cook by calling him (612-916-8731) or by visiting his website (www.davidcookflowerbomber.com). 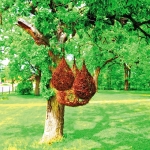 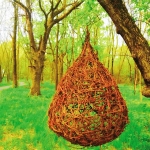 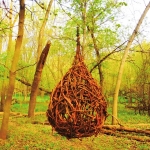 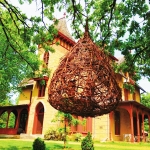 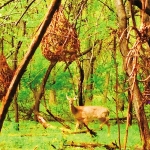 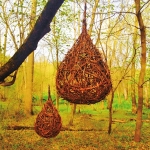 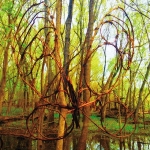 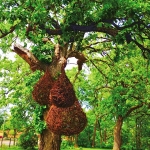 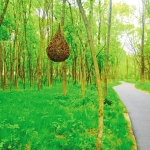