The Lift That Keeps On Giving 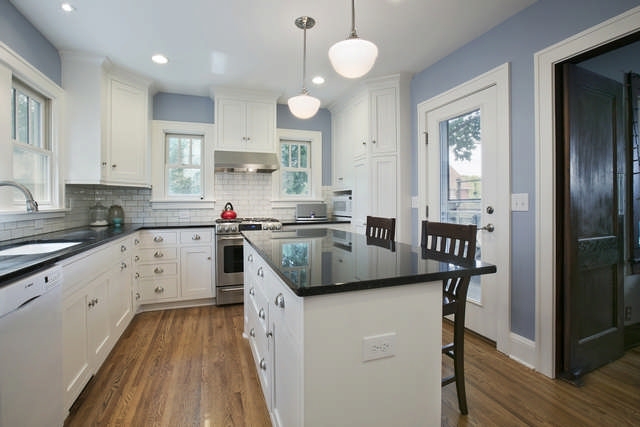 House Lift has been offering home remodeling in the Twin Cities for over 20 years. Photo courtesy of Randy Korn

When it comes to home renovation, you want a contractor that you can trust. Sarah Gaskill and Dominica DiPiazza turned to their neighbors for a recommendation when they began thinking about making changes in their own home—and three projects later, they’re still singing House Lift’s praises.

“We really understand older houses, which are more prevalent in the Twin Cities market,” House Lift’s owner and president Randy Korn says. “(With older homes) it’s more than just cosmetic. There’s almost always an issue with insulation in about 80 percent of the houses we go into. We’re opening up walls and things and we end up having to tear everything down and do it correctly so it becomes more livable, more efficient.”

Korn’s team has learned to plan for the unexpected while working with older homes in the area. Updating wiring, plumbing, and bringing everything up to modern codes and standards presents a challenge that they’re willing to take on. 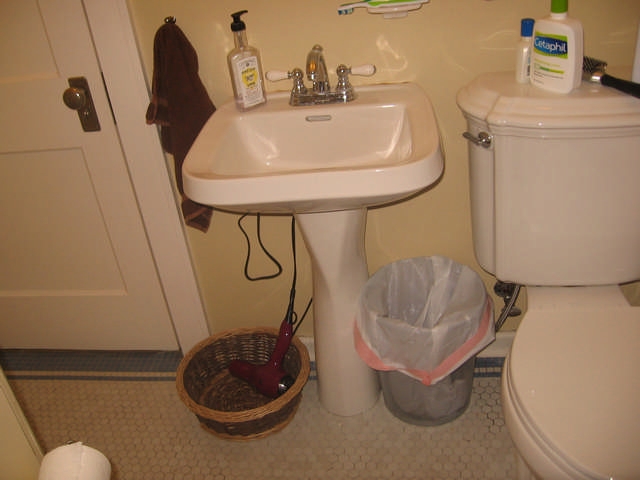 This was Sarah Gaskill and Dominica DiPiazza’s bathroom before renovation. Photo courtesy of Randy Korn

“We do everything from small, material jobs up to whole house remodels and new builds,” Korn says. “We pride ourselves on our communication. When someone contacts us, one of our sales and design consultants will go out and take a look at the project they want us to do. He’ll offer suggestions, we’ll talk about a budget, and then we’ll work on designs and meet up with them again to refine things.”

When it comes to the design of a project, Korn is happy to have homeowners as involved as they’d like to be. “We have a very definite process and it always involves keeping the homeowner aware of what’s going on, usually including weekly meetings,” he says. “We have some clients that are very hands-off and just want to be notified if there are any issues. Other homeowners want to be involved every day, so we go at their pace.”

Larger remodels come with twists and turns, but House Lift works to make sure projects are completed timely and tries to minimize the disruption to the homeowner’s lives—especially for larger projects that last a few weeks.

During Gaskill’s kitchen renovation, the House Lift team moved the refrigerator into the dining room and closed off the kitchen area for safety. “They made sure that we were secure in our home during this time,” she says, commending the team on their attention to detail, right down to putting down plastic to protect the rest of the house from dust and debris. “They cleaned up at the end of the day and kept me informed, of their comings and goings during the day.” 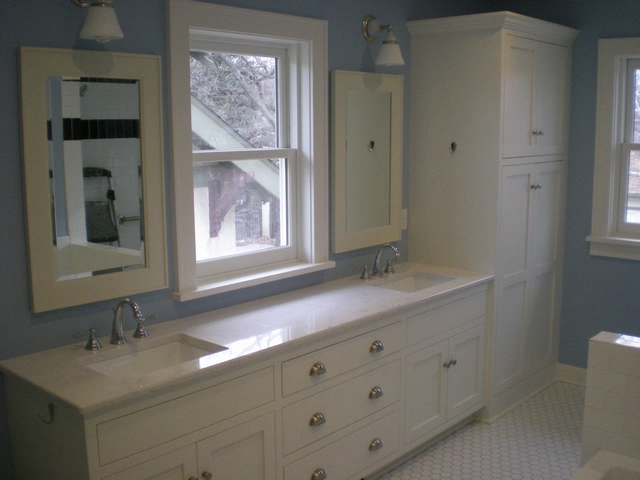 And this is their bathroom after House Lift worked their magic. Photo courtesy of Randy Korn

Beyond taking care of their home, Gaskill appreciates House Lift’s personable team. “Being a lesbian couple, all of the workers in our house were very respectful,” she says. “The thing that I’m most impressed with is they’re focused on the customer and stand by their work.”

Gaskill tells a story of blowing a fuse after their kitchen renovation. Unable to figure out where the power had gone out, they called their point of contact at House Lift who returned their phone call despite being on a hunting trip. “That’s the kind of service you get,” she says.

That level of service is part of the reason House Lift has been working on Twin Cities homes for almost 30 years. “We’ve done just about everything you can do and we’ve dealt with so many different issues—things that you would never expect to see,” Korn says. “Things are just not made the way they used to be, and remodeling is a very inexact science. Things will come up and that’s where you find out if you are working with a good company. That’s why I say experience counts.”

For more on services provided by House Lift in the Twin Cities area, visit houseliftinc.com.