Spring Home & Garden: Remodeling A Kitchen on the Cheap 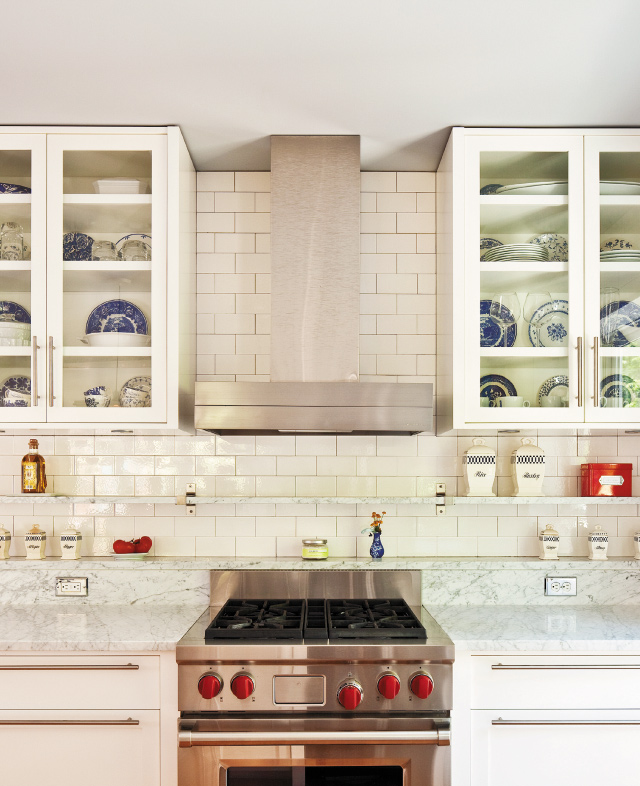 With spring finally around the corner, it’s time to brush off those dusty dreams of remodeling the less-than-desirable spaces in your home! Maybe you want to spruce up an area in your home that feels outdated or seems impractical. Maybe you’re hoping to increase the appeal of a home you’re ready to sell. Whether you’re planning to stay in your current home or are looking to place your home on the market, a newly remodeled space can increase the value of your home and become a fantastic investment.

As the owner and general manager of Vujovich Design Build, Ed Roskowinski has worked on numerous design projects for people looking to update their living spaces or prepare their homes for the marketplace. Roskowinski notes that the most popular areas to remodel in homes are bathrooms and kitchens—areas where people spend a great deal of time and functionality is key. One of Roskowinski’s recent projects, transforming an awkward and dark kitchen into a cheerful and welcoming space, offers ideas and inspiration for homeowners who are considering a remodeling project.

The original kitchen in this 1922 Dutch Colonial home was similar to most kitchens in older homes; it was dark, small, and in a poor location for the traffic pattern of the home. A recent family room addition only accentuated what Roskowinski calls a “zig-zag pattern you had to make through the kitchen.” The small galley kitchen was poorly lit and seemed cramped. The space simply was not working for the homeowners, and something needed to be done in order to transform the kitchen into an aesthetically pleasing, “bright and more workable” space. 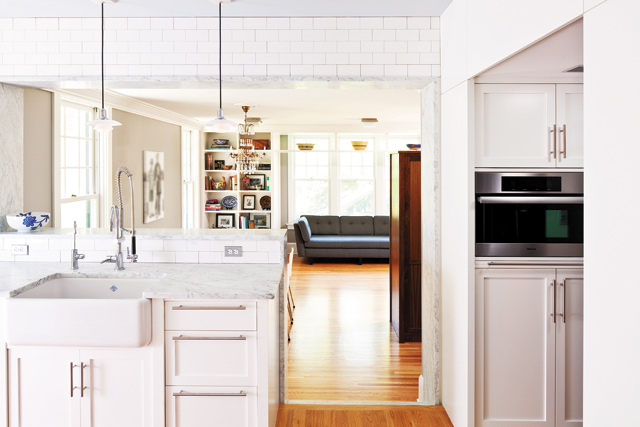 The original kitchen in this 1922 Dutch Colonial home was similar to most kitchens in older homes; it was dark, small, and in a poor location for the traffic pattern of the home. A recent family room addition only accentuated what Roskowinski calls a “zig-zag pattern you had to make through the kitchen.” The small galley kitchen was poorly lit and seemed cramped. The space simply was not working.

There was one huge problem standing in the way: the kitchen’s location was completely landlocked. Walls between other rooms, and an elevation change between the kitchen and the living room prohibited much expansion of the kitchen. The design team had to work with what was available. Roskowinski notes, “It’s challenging when you’re remodeling to change the locations of kitchens and bathrooms. It’s never impossible, but it’s frequently cost prohibitive…you have to work within the confines of the space as it is.”

Once the structure and traffic flow were altered, it was time to focus on improving the aesthetic atmosphere of the space. One major aspect of the design that improved the feel of the kitchen was to simplify the finishes. A smaller space demands simplicity, and this simplicity makes the space seem larger, cleaner, and brighter. Floor tiles were replaced with continuous hardwood flooring into the adjoining areas, and handmade white subway tiles were placed on the walls to create a sense of order. Roskowinski recalls, “We worked hard on our tile layout so we had full tiles everywhere. When you’re in a smaller space, the details are important because they’re noticeable. We wanted to have all our tile walls so we didn’t end up with cut tiles at the ceiling or the backslash. That was very challenging.” 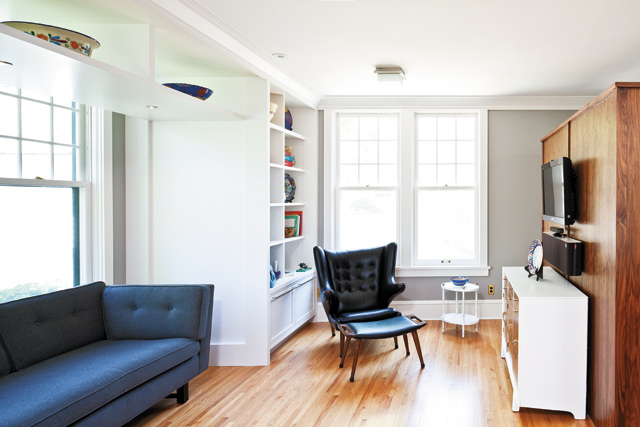 After the remodeling, the kitchen is now considered a Minimalist kitchen. Roskowinski says that definition has to do mainly with the decision to use a minimal amount of finishing and cabinetry.  “There’s a lot of consistency in materials that we used so that we’re carrying the same feel, repeating the same things over again.

After the remodeling, the kitchen is now considered a Minimalist kitchen. Roskowinski says that definition has to do mainly with the decision to use a minimal amount of finishing and cabinetry.  “There’s a lot of consistency in materials that we used so that we’re carrying the same feel, repeating the same things over again.  That’s driven, again, by the size and scale of the space and wanting to keep the finishes simple and not letting things get too busy. It’s a little softer on the eyes, a little more comfortable to be in that space.” The kitchen also has some slightly Scandinavian influences, which have recently become much more popular in kitchen designs. Lighter, softer color palettes and white painted cabinetry help lighten the areas up.

Though this kitchen was remodeled for homeowners who planned to stay in their home, many of the design elements can be used when planning a remodeling project in order to put a home on the market. The real difference between remodeling to “stay or go,” Roskowinski notes, is usually the quality of materials used and the desire to appeal to the general public. When remodeling a home you plan to stay in, it’s important to pay the extra money for materials that will stand the test of time. Thinking five or ten years down the line will greatly affect the materials and design style you choose. If you’re planning to sell your home, remodeling is done with the goals of increasing the value of your home and making the spaces more appealing and enticing to potential buyers.

For people who are remodeling to sell their homes, Roskowinski gives several tips for the process. First, it’s important to remember that the goal is really a “return on an investment.” People should be excited about purchasing the home and not have any reason to not purchase the home. He adds, “It’s all about solving any problems and addressing some of those wants that the general public is looking for.”

Roskowinski notes that prospective homeowners are now looking for smaller houses, contrary to past years where the goal was to have the largest amount of square footage one could afford. But smaller doesn’t mean cheaper. Roskowinski says the trend now is to buy smaller homes of a higher quality and much better condition. “They’re investing their dollars into good design, quality materials, quality layouts, and architectural details instead of letting those things go in lieu of more square footage.” An excellent remodeling job, therefore, makes a home much more desirable. Also, homeowners should be aware of what people are looking for. An open floor plan is desirable because spaces are more versatile and functional. 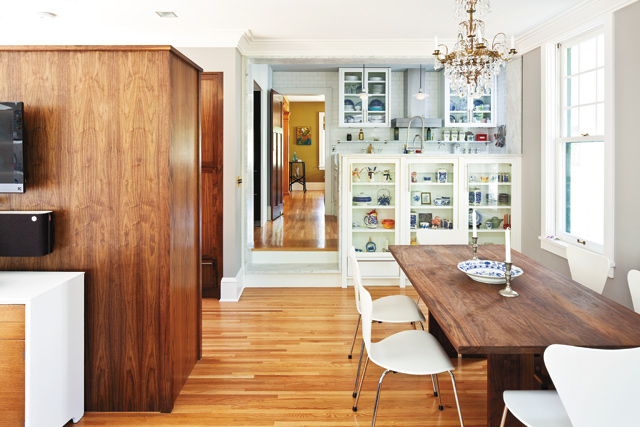 Aesthetically, remodeling projects should aim to be neutral and simple. “It’s important to not have too much going on. Keep the finishes fairly simple. Keep the color palette neutral.  White (or a version of white) works really well. It makes the space seem bigger and more inviting.” Avoid any trendy materials. Roskowinski says that anything that seems “off the beaten path” is going to be trendy and go out of style quickly.

If you’re a prospective buyer for a home, but you don’t like the design of certain areas, remember that remodeling is always an option. However, it’s important to keep several things in mind when considering a possible remodeling opportunity. Roskowinski suggests that people look for their desired orientation of the home (how the house sits, which directions the rooms face) and to take note of ceiling heights and layouts. These aspects of a home are either impossible to alter or quite cost prohibitive. He adds, “It’s better to find a kitchen that you don’t like that’s in the location you do like versus a kitchen that really looks great, but it’s not in the right location.” If people aren’t sure what to look for with regard to how their remodeling will work with the home, Vujovich Design Build will tour homes with potential clients and discuss the possibilities and cost before an offer is put on the home.

Regardless of where you are in the remodeling process, hiring professional designers is a must. Roskowinski notes, “A lot of us think we can be a designer and design our own spaces…When you live in a space for a long time, it’s hard to imagine it any different. You put yourself into a box of seeing it as it is, and it’s really difficult to imagine it in a completely different capacity. It’s helpful to bring in fresh eyes.” Paying for a design also saves costs with construction and labor because a well-planned design will help prevent mistakes. Making sure that the design functions well before materials are purchased improves the quality of final result.

With proper planning, a remodeling project can be relatively stress-free and even enjoyable! Though it’s important to recognize the limits of the space and your budget, possibilities are endless, especially when you collaborate with a professional design team. A remodeling project can create a new, exciting feeling for a home you plan to stay in, or it can add considerable appeal to a home you plan to sell. Regardless of why you’re remodeling, having a strong design and using good materials will increase the value of your home and make your home more functional, enjoyable, and aesthetically pleasing.