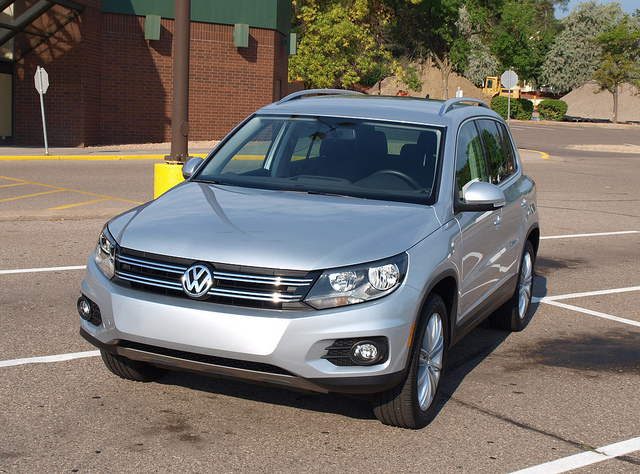 Just when you think there is no more room in the compact crossover/SUV segment, along comes a Volkswagen.

It would seem natural for the folks in Wolfsburg to jump into this hotly contested segment. They are the purveyors of good, solid rides that try not to disappoint the faithful. Yet, VW also needs to appeal to a wider audience – one that has never considered one before.

The Tiguan is exactly what VW needed to fulfill both points. How well have they accomplished this?

It speaks “Volkswagen” up front with its current design language. From the grille, there are a few things to consider. The bumper is quite high up front with a huge under-slope that appears to allow for an approach angle. Still it is unmistakably Volkswagen.

From the front wheels rearward is where you will find some marked differences. It is a tall profile that has some huge doors that open wide for everyone. The Tiguan features a ground clearance that most crossovers wished they had. However, one might question the squat appearance aft of the rear doors before you get to the huge liftgate. The SE version of the Tiguan rides on eighteen-inch alloy rims with Continental tires keeping the things on the road. 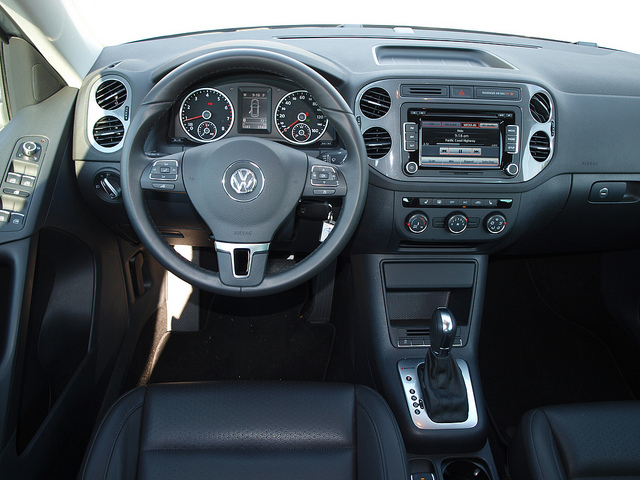 There are even more surprises inside of the Tiguan. The cargo hold is already generous with the second row seats up. Fold down that row and you can help a friend move across town. It swallowed twelve long boxes, a few pieces of luggage with room for more small boxes to boot.

Space for passengers is also generous. Front seat occupants will find loads of space for any body, as would rear seat passengers. Sitting on these V-Tex seats are a different story. They are not entirely comfortable with a hint of bolstering for front seat occupants. In the SE model, there is a mix of both manual and power adjustments, including lumbar support. The rear seats are slightly better, as they big and accommodating, but with the same hint of bolstering keeping passengers locked in.

Volkswagen offers a minimalist design for its instrument panel, but with large dials and a good touch screen for the audio system. The center screen in-between the speedometer and tachometer informs you of fuel economy, trip, vehicle, audio and telephone information on the road. There is a bit of a learning curve on some switches – with the cruise control on the turn signal stalk, and the steering wheel controls for connecting your phone with the Bluetooth system.

On this SE model, SiriusXM was available, along with Bluetooth streaming and a cable for your iPhone 4/4S into the console. 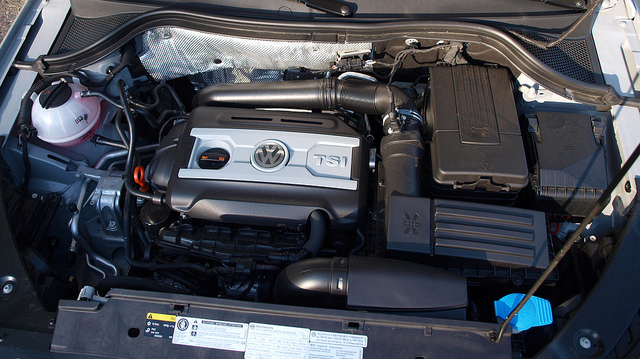 The engine is a good one. It is Volkswagen’s corporate 2.0liter turbocharged TSI four-cylinder, putting out 200 horsepower with 207 pound-feet of torque. Though it is the same as the one under the GTI’s hood, do not expect the same performance as the hot hatch. It is a strong engine designed for the light hauling the Tiguan will provide.

A six-speed Tiptronic gearbox keeps the TSI engine in line with smooth and solid shifts. The shifter is short and quite quick in response to your hand. Volkswagen’s 4Motion is a good system in the wet and other not-so-agreeable conditions. You can hardly feel it work – which is a very good thing.

Because it is a crossover, Volkswagen felt it was right to make the Tiguan ride pretty soft and solid. It does it best absorbing road imperfections and bumpy roads, but it could not help to transmit the worst of these conditions through the cabin. Handling is OK, with plenty of roll and lean through the curves. Brakes work well in both normal and panic stops. Steering is also decent with a bit of lightness to the feel, yet a sharp turning radius.

With the TSI under the hood, fuel economy turned out to be decent. At 24.7MPG, it is not exactly efficient, but within the acceptable range for compact crossovers. 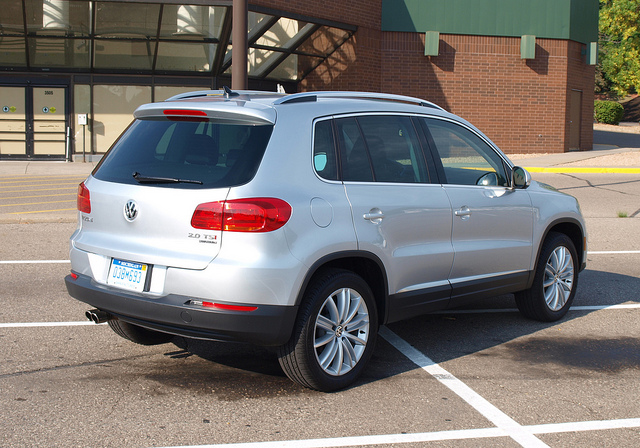 Pricing for the Tiguan actually starts off nicely at around $23,000. That only gets you the base S model with a manual gearbox and front-wheel drive only. The SE tester came with the Appearance package came to $31,575 – which is on the high side of the more popular compact crossovers. For the ultimate Tiguan, select the R-Line with a lower stance, sportier tires and wheels for about $38,490.

In this competitive field, you have to differentiate to make an impression upon your consumers. There is no doubt what the Volkswagen Tiguan brings to the segment. VW matches up well with its North American and Asian competitors – including price. There is no question consumers would gravitate to the Tiguan with its different approach to a common vehicle.

Since our community loves Volkswagen – and vice versa – the Tiguan is worth considering for both loyalists and those wanting something different from the test of the pack.