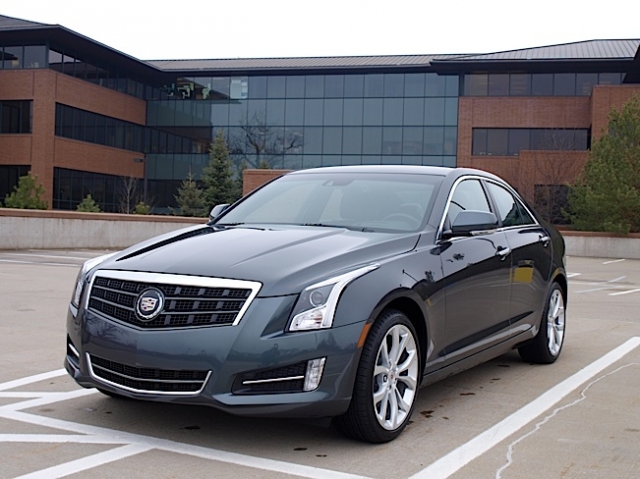 All photos by Randy Stern.

It is with great honor and privilege for the first time in Lavender magazine to announce that the 2013 Victory & Reseda Vehicle of The Year Award will go to the Cadillac ATS.

The “what” award? How does this fit with Lavender? And, who am I to be given print space to announce this on here? I know it is the year-end edition, but, frankly…

To explain, a bit of context is needed here. There is a saying amongst automotive journalists: “How many car awards could there be?”

There is quite a lot of them – with their own pecking order. First amongst equals in the U.S.A. is Motor Trend’s Car of The Year. The award has been around the longest and has created some of the biggest arguments amongst fellow journalists and enthusiasts. Amongst the winners were some curious nods, despite the magazine’s own extensive evaluation process.

Each publication, website, media association, organization and some panel of judges offers their own crowns to worthy vehicles. Some vehicles would walk away with dozens of awards from varying groups.

The truth is that the automotive manufacturers love awards. No matter the size, importance or reason, a nod for being the “best of” helps the business of selling their wares. It is very easy and gratifying to say: “Your vehicle is the best – congratulations!”

Seven years ago, I had a blog that offered my own take on the automobile. It was where I began honing on the work you have seen in these pages for the past few years. On a whim, I decided to create my own award for the best automobile of the year. I figured: “how hard could it be?” I just evaluate each vehicle driven and pick the best. No…I needed more. How about a public vote? Brilliant!

Every year, this formula has grown and taken a life of its own. Social media helped tremendously through Twitter engagement and a nervous moment at the 2012 Chicago Auto Show were I handed off the plaque of the 2011 Victory & Reseda Vehicle of The Year award to the head of marketing at Buick. From there, the award – simply called the VOTY – became one of the most influential social media-based automotive awards around.

This year’s VOTY has never been so exciting to work on. You are reading about it here – a huge step since I never thought would be able to see it in print or widely distributed as this magazine. The process has tightened, which made for some interesting twists and turns in the evaluation and scoring process.

How does the VOTY work? To qualify, a vehicle must be reviewed in Victory & Reseda (and Lavender) within a year’s timeframe for the full evaluation period allowed. Usually, those vehicle subjects are evaluated for a week at a time. Every vehicle goes through a scoring process based on several criteria: Specification, fuel consumption, value, exterior design, interior comfort and ergonomics, driving dynamics, and overall performance.

It does sound like almost every automotive award, Yet, the VOTY is based in social media where engagement is the key. Engagement is measured by impressions on various social media channels and the website. Even feedback on Lavender is included in the scoring. Then, I bring in a panel made up of fellow automotive writers, enthusiasts and fans of the site. They get to pick one vehicle they think is worthy of the VOTY. It brings a mix of expertise giving context to the idea of engagement.

The last step is to take the five best scores amongst all of the candidates and put them to a vote. Using the popular survey engine, SurveyMonkey.com, the public vote offers these five finalists a chance for everyone to make their choice. A final tabulation of votes and scores will yield the VOTY for the year.

The winning manufacturer is notified, the award is made and a time is set to hand it off at the following Chicago Auto Show.

Every year yields a story as to which vehicle earned the title of VOTY. In 2009, the Buick LaCrosse won because it represented the direction the brand was going in the aftermath of General Motors’ bankruptcy. The Hyundai Sonata won twice – 2007 and 2010 – since it represented where the Korean automaker is going in North America. Last year’s winner, the Dodge Dart, was the first Chrysler product guided by Fiat as built on one of the Italian firm’s platforms.

What story will this year’s VOTY tell for us?

For years, Cadillac had been trying to get their “small” car right. At the time of the first Seville, using the same platform as the Chevrolet Nova was the best choice to create an American classic that met the challenge of the Mercedes-Benz S-Class of the day. Since then, Cadillac had good intentions on creating a “small” model – with not-so-great results. 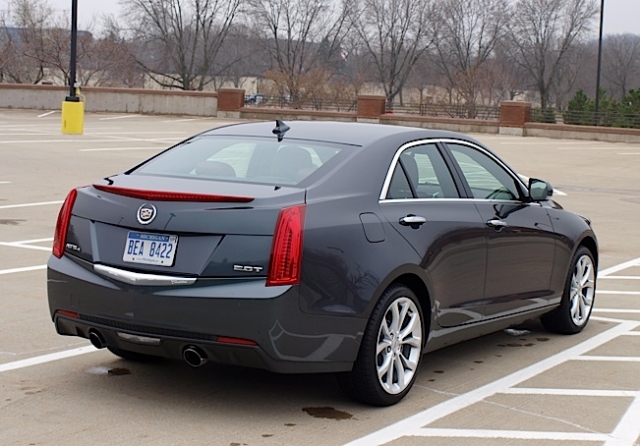 The motivation for the ATS came from the best selling premium car in the market – the BMW 3-Series. Where the Germans and Japanese would only master the smaller sports-premium sedan formula, General Motors knew it had to meet and beat the leader. Through extensive testing, the ATS conquered everywhere it needed to be – the Nurburgring, the Atlas Mountains and so forth.

The ATS was also tested in the Twin Cities, a bit of South Central Minnesota and a smidgen of Chicago. Driving the ATS revealed Cadillac’s intentions were on point with its ambitions. It is a direct challenge to the 3-Series with its own spin on style, luxury and performance.

In terms of performance, the 2.0liter turbocharged four-cylinder and the 3.6liter V6 were driven – both equipped with all-wheel drive. Between these two engines is a world-class sports sedan with superb handling and grand performance. The Cadillac’s review in Lavender made this abundantly clear: “The ATS is a poised machine designed for enthusiastic driving or a good ride home from a long journey.” 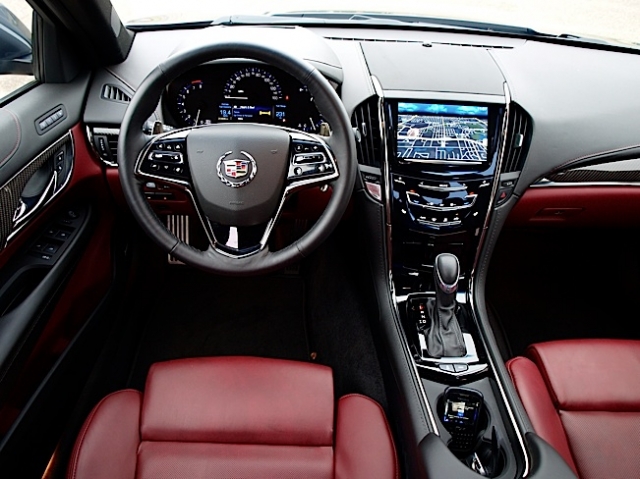 As the Cadillac CUE (Cadillac User Experience) technology continues to improve, it serves as a technological centerpiece for a cabin that is the best in its class. The point of the chrome, switchable screens and CUE is to make things easier to use than its rivals and to befit the image of Cadillac as a distinctive American luxury brand for the world. The driver is rewarded with a place where luxury and performance meet behind the wheel. 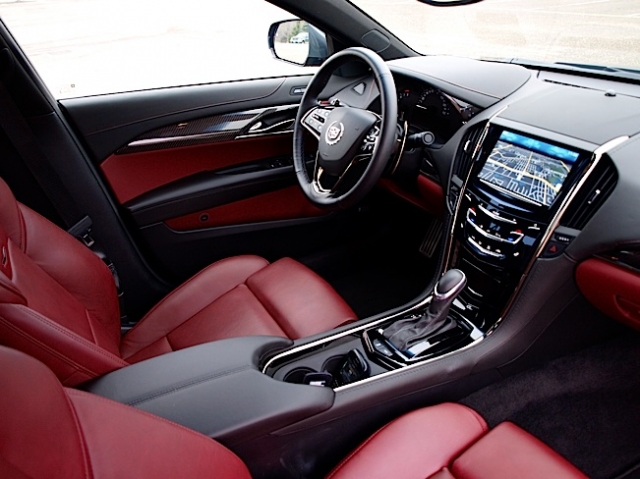 The targets were clear – GM and Cadillac nailed them dead on. Their audaciousness in its marketing was indeed backed up with a car that has again redefined this 110-year old brand. Prior to this VOTY, the ATS was awarded the North American Car of The Year back in January, along with other accolades to prove its worth as a new leader in this segment.

Our summary describes this year’s VOTY well: “The ATS is a damn good sports sedan.” 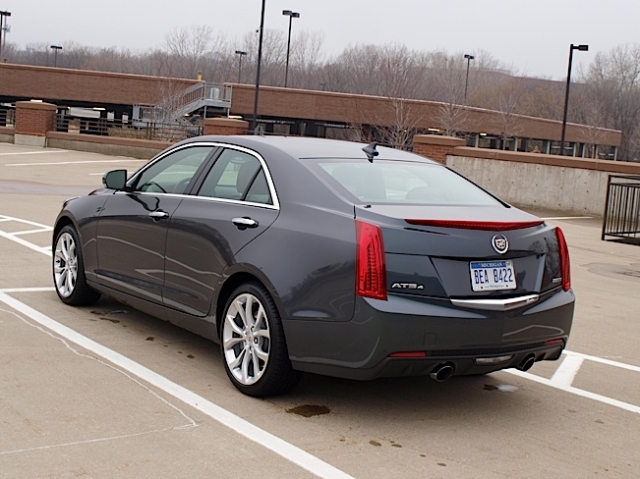 The ATS won on strong evaluative scores across the board. It also won on strong engagement from social media and the readership, along with a panel selection. However, the online polling drove the ATS’s victory home half of the percentage of votes collected for this award.

Lavender magazine joins Victory & Reseda in congratulating General Motors on their third VOTY since 2009. This is Cadillac’s first amongst the three – the other two awarded to Buick.