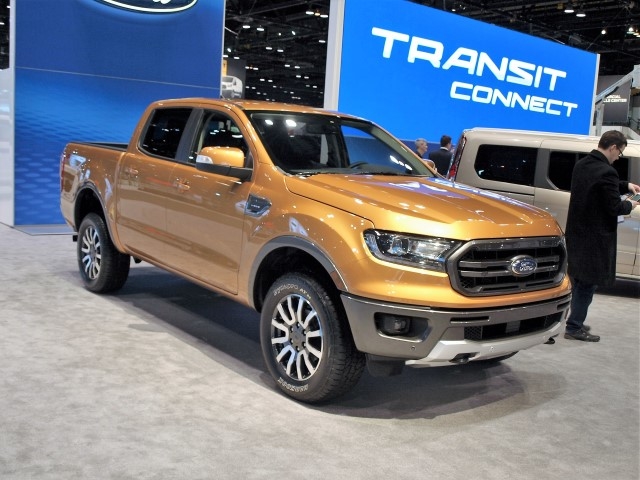 For the past seven years, Lavender Magazine provided regular coverage of the automotive marketplace here in our readership area and beyond. We often feature the latest vehicles on sale, as well as a few tips on maintenance and a look at what the industry is doing for the GLBT community inside and out.

Rarely do we talk in broader terms about the automotive marketplace. We discuss specific trends in the context of a Ride Review, but never fully pull back to explain how those trends affect you. This piece is our opportunity to discuss certain market trends that make up today’s new vehicle market. You may even see some of the vehicles mentioned on here in future Ride Review columns.

Let’s catch up on what’s happening in the automotive business, shall we? 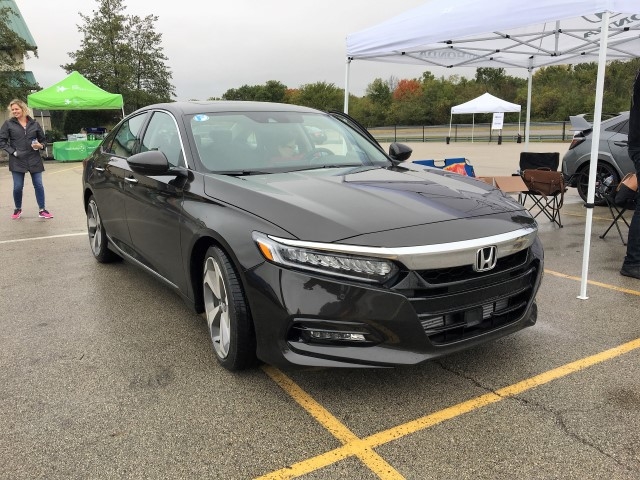 THE SEDAN IS NOT DEAD!

Automotive analysts could be wrong. They already pointed to the dominance of the SUV and crossover as your next vehicle over the traditional midsized family sedan. If last year’s sales were an indicator, the SUV continues to be the industry leader.

However, there are signs of life in the sedan segment. Last year, we saw the 2018 Toyota Camry at the auto show. Sales are up for what was the best-selling non-pickup truck in America for a decade-and-a-half. However, the new “sexy” Camry has company. Honda introduced the 2018 Accord—but delayed its entry into showrooms until later in the year. The result is a car that already took the North American Car of The Year, among many other accolades it already earned in these last few months.

The Accord is a fastback sedan with a trunk with the style of the current Civic lineup that still matches a lot of the dimensions of the previous generation. However, they have since eliminated the two-door coupe version and the V6 engine from its lineup. Instead, Honda offers the Accord with two turbocharged four-cylinder engines. The larger of the two has 252 horsepower, and a marked increase in torque over the V6 it replaces.

Another sedan that is not going away is the Toyota Avalon. While other manufacturers have been eliminating its largest sedans from their lineups, Toyota went ahead and reimagined their full-sized sedan for the next generation. The 2019 Avalon is sharper inside and out. It still offers unmatched luxury that invites discriminating buyers to its allure. The V6 is updated with a new eight-speed automatic transmission, along with an updated version of the Hybrid gas-electric driveline.

As much as the SUV still rules our marketplace, mid-sized and full-sized sedans are far from gone from your local dealership. 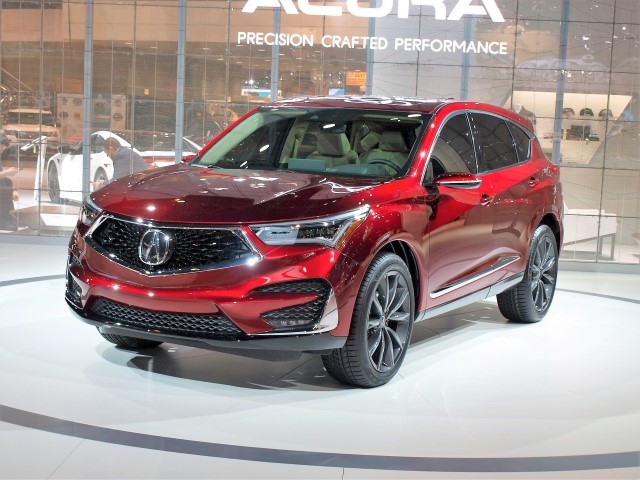 The compact SUV segment is still strong. We are still buying them by the truckloads. They are not just buying or leasing them from popular brands, such as Toyota, Chevrolet, and Volkswagen. Dealerships selling luxury brands are also seeing a lot of their smaller SUVs fly out of the showrooms. The Audi Q5, BMW X3, Acura RDX, and Lexus NX are among the most popular premium compact SUVs in our area.

In the next several months, there will be a few new entrants in this segment. The 2019 Infiniti QX50 offers a contemporary brand-focused design and a higher level of luxury and quality, the QX50 signals the introduction of its ground-breaking VC-Turbo engine. This is the first production engine using variable combustion ratio technology that combines engine performance with overall operational efficiency. The QX50 is also designed to be driver-centric, while focusing on passenger comfort across its rows of seats.

Jaguar has introduced a smaller SUV to accompany the popular F-PACE. The 2018 E-PACE is designed to combine the latest of Jaguar’s design and engineering in a smaller package. Powered by a turbocharged four-cylinder engine, the E-PACE is designed for efficiency, while delivering the traction management and control seen on the F-PACE and its corporate stablemates from Land Rover and Range Rover. Set to seat 4-5 people in expected Jaguar comfort, while delivering a driving experience the brand is renowned for.

Lastly, Acura is set to introduce an all-new RDX for 2019. It is an all-new design that combines both driver activity and passenger comfort. The new RDX marks the return of the turbocharged four-cylinder engine to its very popular model, returning improved fuel economy while maintaining performance Acura customers want on their daily drives.

While upscale customers have higher demands on their next vehicle purchase or lease, these three new entrants are set to make things more difficult in making an informed choice among these fine SUVs. 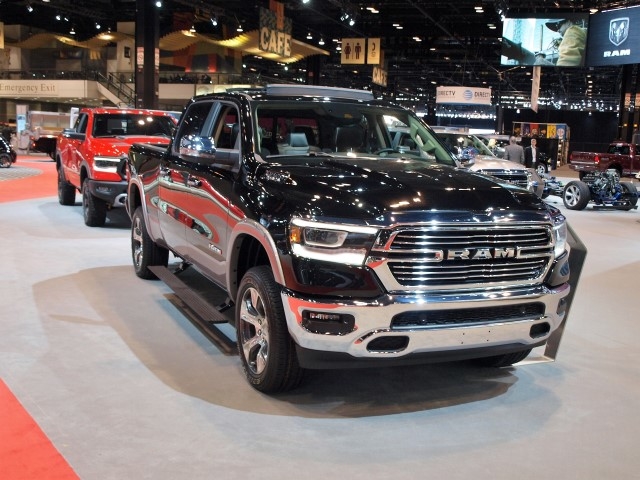 TRUCKS (STILL) GRAB ALL THE HEADLINES

Saving the best for last, we will be seeing three new pickup truck offerings. We know you have been waiting a long time for this trio of advanced, superbly designed, and work/play-ready machines.

Chevrolet will bring in a new generation 2019 Silverado. The truck is redesigned for lighter weight, while anchored by an improved rolled steel frame. The result is an average weight loss of 450 pounds compared to the outgoing model, while using a mix of various materials for the cab and the box. The big news is the addition of an in-line, six-cylinder Duramax diesel engine to the lineup. This will match Ford’s debut of a V6 PowerStroke diesel engine on their 2018 F-150. The Silverado is built to challenge the leader on its own terms, while maintaining many of the marks that help retain a loyal ownership following for Chevrolet.

Not to be outdone, Ram Trucks has delivered on an all-new 2019 Ram 1500 half-ton pickup. The truck is sleeker than before, while exhibiting an average weight loss of 225 pounds. This is thanks to a mix of construction materials—primarily higher-grade aluminum—on the cab and box sitting on top of a stronger steel frame. The big news is eTorque, which is a mild hybrid system available on both the Pentastar V6 and HEMI V8 gasoline engines. The best-in-class interior also took a major step forward, crowned by an available 12-inch touch screen that is customizable for many functions, including the fourth-generation UConnect infotainment system and climate controls.

Finally, there is a new 2019 Ford Ranger. This current pickup is a popular seller in many countries around the world. For our purpose, we get one that offers an EcoBoost turbocharged four-cylinder engine as its initial power source with a ten-speed automatic transmission. Most other components are designed for North American use, including the integration of SYNC 3 and FordPass connected services. The good news is that it will be built in the United States at their Michigan truck plant and will be available in SuperCab and SuperCrew versions.

Pickup trucks are the strongest segment sold in our readership area, as well as nationwide. These three new entries will continue to provide years of service for its proud owners—personal or commercial customers alike! 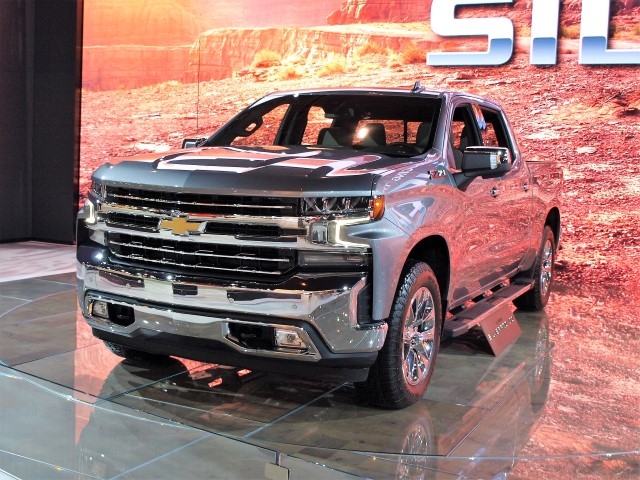 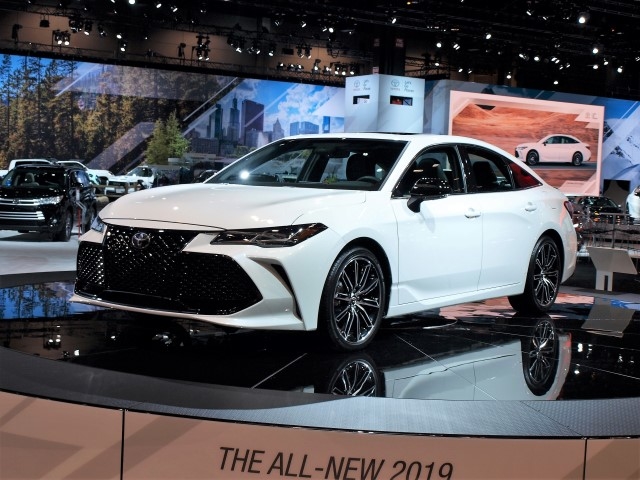