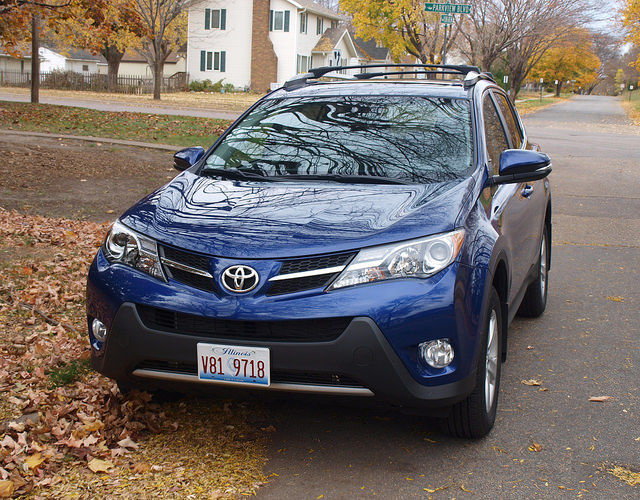 There is a lot of truth to current rise of the compact crossover/SUV.

The momentum in this class is driven by meeting the customer’s needs. These are also laden with truths. Crossover/SUV customers are not encumbered with many children in their family. They want fuel efficiency in their vehicle and is fine with four-cylinder power. They also want all-wheel drive capability – or, at least the option of getting it. Larger crossover/SUVs are too damn expensive.

In the mid-1990s, SUVs were multiplying at a huge rate. The call to expand the smaller side of this segment was made for Toyota to create a car-based model that had the capability of its body-on-frame competitors. The RAV4 seemed like a funny name, but it is the global model designation for Toyota’s entry up against the likes of the Suzuki Sidekick, Geo/Chevrolet Tracker and others not made by the CAMI plant in Ingersoll, Ontario.

For years, the RAV4 ruled the segment. Since then, three more generations of the small crossover were sold. For 2013, that fourth generation arrived with many design cues to be seen on current Toyota models. Not only that, the latest RAV4 undergone some serous changes to (a) concentrate on four-cylinder power, (b) get rid of that useless third row of seats and (c) move the spare tire to underneath the body for a cleaner rear end.

Character is what makes a vehicle. The latter part was what made the prior three generations of the RAV4. In the past, I simply found the RAV4 fun and frugal…and loved that spare tire in the back. All I want to know is…can I live with a RAV4 without the external spare tire?

If you remove the spare tire out of the equation, the RAV4’s design in its fourth iteration is actually quite handsome. A look at the current Camry, Corolla and Highlander would point back to the RAV4 with many design elements presently shared with these four volume sellers. The RAV4’s design starts with a handsome front end that also has a rugged tinge thanks to its plastic under grille/bumper piece. That continues up and around the crossover putting plastic protection where needed, while keeping some of the previous model’s side glass profile almost in tact. Doors open wide and allow for many people to climb aboard without a lot of effort. The roof rack on the XLE tester speaks to the outdoorsperson in all of us.

If you are used to the external spare tire on the previous RAV4, you will have to adjust your eyes. The point being is that Toyota did a good job in the rear end. It is handsome, contemporary and use a lot of airflow management, capping with a plastic rear bumper shell. On the XLE, the choice of using 17-inch tires and wheels is a smart one. The higher profile means better sidewall management from hazards, such as street parking and unplowed roads full of slushy snow. In all, the RAV4 is a nice looker – as seen in many places where I went – yet, it is also middle-of-the-road. The latter is indeed a good thing. 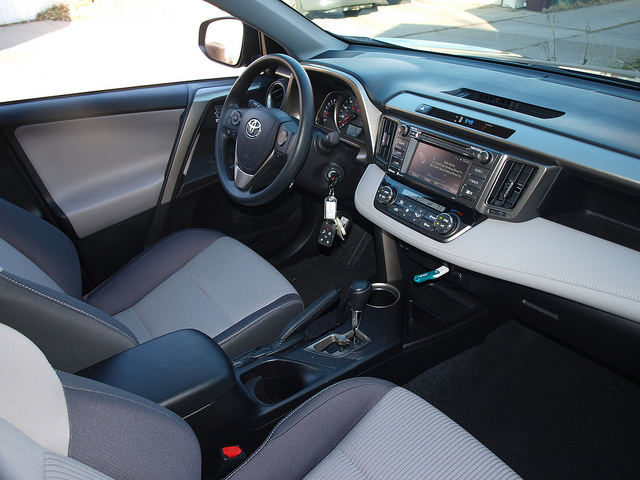 Middle-of-the-road would almost describe the interior, but there is a twist here. No longer is the dashboard full of cheap, plastic switches and materials. The RAV4 was redesigned with more upmarket trim, such as the lower dashboard covering and chrome trim where appropriate. Though instrumentation and the information screen are basic, the center touch screen for the infotainment system is a nicer look/touch. One such issue is with the faux carbon fiber trim around the shifter and power switches on the doors. Some may consider this tacky. Others would simply live with it, since there is more to the RAV4 than that.

Seating is actually comfortable and supportive up front. The XLE had a two-tone cloth upholstery that was handsome and tasteful. The one thing that RAV4s are known for is comfort. Sitting in the RAV4 for miles is a very pleasant experience – not many vehicles in its class could say that.

The best way to describe the RAV4 is functional. Without the option of a third row, you now have a comfortable second row of seating and a nice cargo hold to use. Everyone will also be entertained with the Entune Premium Audio system in this XLE model. This model came with navigation for the lost driver and a host of audio options from MP3/WMA playback, SiriusXM to HD Radio and Bluetooth connectivity with the App Suite to boot. You only get six speakers with this set-up – and they really sound good.

The lone engine in the RAV4 is a 2.5liter four-cylinder engine that is familiar to many Toyota owners. You only get 176 horsepower and 172 pound-feet of torque, yet it certainly works hard to pull 3,465 pounds of small crossover. A six-speed automatic facilitates power down to the RAV4’s good all-wheel drive system. You will find that it could be taxed under a heavy throttle, but if you let it cruise, it is quite a decent driveline. Yet, watch the revs carefully during lane changes. Gears might not shift immediately when you settle into the lane, especially under heavy throttle. Otherwise, the transmission is very smooth and the motor is quite competent. 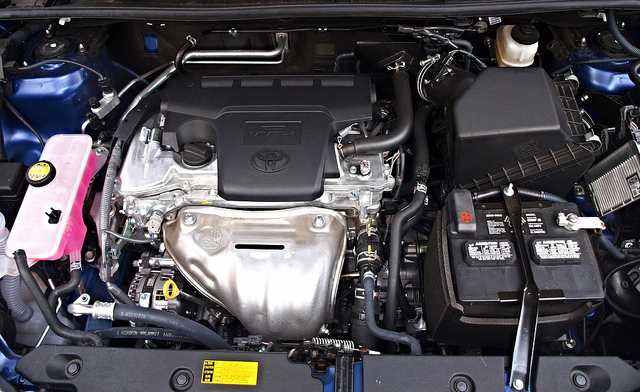 Driving the RAV4 is quite pleasant. Though the ride is mostly smooth when the tarmac allows it, you will hear more than enough noise from the wind and the road to warrant blasting the radio to keep yourself entertained. Handling is competent, but you will find some lean and roll when going through the corners.

Turning the RAV4 is quite easy. What I mean by “easy,” is that the turning radius is very good, steering response is rather “normal,” but reactive. Braking is also quite good with good stopping power in both normal and panic situations.

When I last drove the RAV4, I remarked that it was the most fuel efficient SUV/Crossover out there. It still is. However, today’s benchmark for average fuel consumption is somewhere north of 25MPG, the RAV4’s figure of 24.8MPG seems very realistic. I will assure you that long highway trips will provide higher mileage figures. 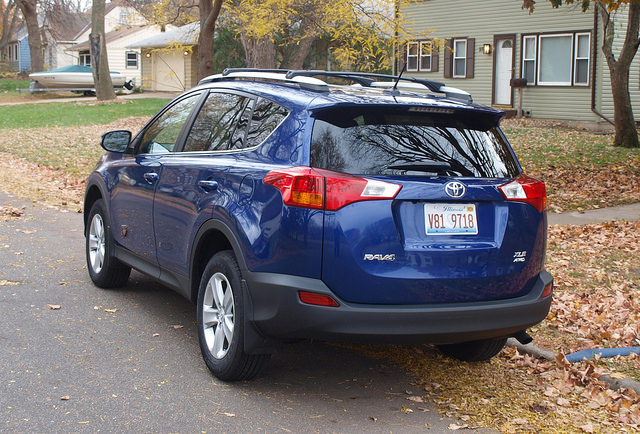 Lately, I have been carrying on discussions about vehicles in comparison to others in their particular class. This class of crossover/SUV has two leaders: The Honda CR-V based on sales and the Mazda CX-5 in terms of superlatives. You could also mention the Ford Escape as a leader in this class, but others would point to the aging Chevrolet Equinox, in terms of vehicle and occupant safety.

Yet, I would consider the Toyota RAV4 against any of the above. The reason is simple: It splits everyone down the middle. The RAV4 is comfortable, competent, capable an functional. It is also easier to deal with. Plus, it defined the class.

And, it will put a smile on your face. How many vehicles in today’s market can say that? I like vehicles that pit a smile on your face, even when a lot of stuff happens in your day. The RAV4 is that kind of vehicle – even if you nitpick about the way it looks and other things that are meaningless to your everyday existence.

This is exactly what Toyota intentioned for this generation of RAV4. As an original in its field, it still gives that warm fuzzy that most of its owners need daily.

However, I do miss that spare tire off the rear end…