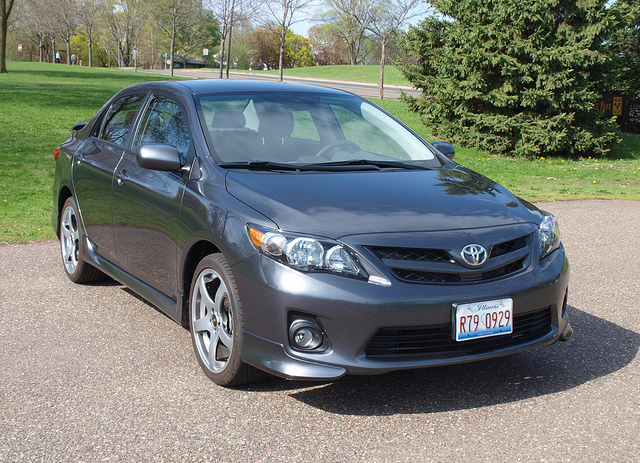 The Toyota Corolla has been the standard bearer for all compact sedans since the first GLBT pride celebrations were held.

From about 1970, North American consumers figured out how these small and mighty Japanese cars were more than just economical, reliable and sturdy conveyances. These represent a complete lifestyle change. It took a petroleum crisis to facilitate this change.

Based on current numbers, about nine million Corollas have been sold in the U.S.A. alone. That’s a good chunk of the 30 million-plus units sold worldwide. Corollas are also built in 16 countries around the world. Though it is not the best selling car in this country, it is the most popular automobile in various other places around the globe – Thailand and the Philippines, for example.

If it is so popular, how come we had to wait until now to talk about it?

Good question. There was a prevailing thought amongst enthusiasts that the Corolla was simply too boring. It was too dowdy for its own good. Its competition was better in various respects, but not without their drawbacks. The Honda Civic is very advanced, but quite complicated. The Mazda3 is very sporty, but maybe a bit too hardcore for the mainstream. Newer compacts – the Chevrolet Cruze, Hyundai Elantra, Ford Focus, Dodge Dart, Nissan Sentra – raise the bar way high, but have you looked at how much they are being priced out at?

It is a small wonder why the Corolla manages to plod along in the face of its competitors.
The Corolla I sampled is a gussied up 2013 S sedan model. Compared to the E140 model that came out for the 2009 model year, a new front end was adapted along with new trim pieces all around. Still, it is the same shape as always – not too exciting, really.

An upgrade to the S model adds a few more finishing touches. You get a body kit that skirts the air in the lower part of the car, a spoiler in the rear and alloy wheels. This tester was given a further upgrade of 18-inch Toyota Racing Development (TRD) alloy wheels and Toyo Proxes 4 all-season sport tires.

A new Corolla is looming for 2014 with the promise of advances while retaining some of its core tenets. For this final model year of the E140 generation, consumers still flock to it by the tens of thousands per month. The overall look is simple, straightforward and inoffensive. The details may be gussied up over the past few years, but no one can mistake this for being what it is – simple. Simplicity is the key to wanting a Corolla in the first place.

That simplicity continued inside where you are greeted by a basic set-up along with the S model upgrades. A flat-bottomed steering wheel adds to the package revealing a chrome-trimmed speedometer and tachometer. Two LCD screens provide trip information in a straightforward manner. HVAC controls are basic, while there are redundant controls on the steering wheel making the touch screen audio/navigation interface easier to work with.

Lower Corolla models offer basic seating that accommodates all drivers behind the wheel. The S package gives you a well-bolstered seat in black and blue trim that supports you at every turn. Rear seat room is better suited for average-sized adults. Trunk space is very decent with expandable room by folding down the rear seats. In all, space utilization has improved over the years and is reaching the sedan’s optimal interior space last exhibited in 1987.

Under the hood is a tried-and-true Toyota powertrain. It starts with a 1.8litre DOHC 16-valve four-pot with 132 horses to play with. Not exactly heart stirring, but it is what Toyota has for now. Simply, it gets the job done. Connected between it and the front wheels is a four-speed automatic gearbox. While its competition offers more ratios, the four-speed autobox is a tried-and-true transmission that shifts well. The drawback is when the Corolla runs at highway cruising speeds, where the top ratio sits at higher revs than its rivals – around 2500-2900RPM. Simplicity? Absolutely. Reliable? It is a proven combination that served the Corolla for many eons.

The driving experience of the Corolla is not exactly befitting of the tire/wheel package on this S model. It is rather competent, however. The ride’s sufficient, but the TRD wheel/Toyo tire package creates more noise when it approaches road imperfections and the potholes left by this winter’s onslaught of snow. Handling is fine, but you can feel some roll in turns. Brake action was solid allowing for tighter stops in both normal and panic situations. Steering is not exactly tight, but its action is quick and responsive. Toyota went with an electronic steering set-up since 2011…and it works.

If I were to ask why people would look at a Corolla, it would be the presumption of being a fuel-efficient compact. This Corolla S turned in an average fuel consumption figure of 30.4MPG. Considering the four-speed automatic for a moment, I wondered if it had an extra gear or two to play with what the fuel economy would turn out to be?

For 40-plus years, the Toyota Corolla owned the market with a reliable, solid and predictable machine. The Corolla does not have the flashiest design, the highest equipment content, nor is it the performance leader in the class. Yet, over 300,000 units are sold every year in this country – and I still ask “why?”

Let us be honest here – it is a solid car. People who buy a Corolla could care less about edgy design, high performance, technological excellence, and whether they can get XM satellite radio or Etune standard or not. Rather, whether or not they tick off those 18-inch TRD wheels and Toyo tires on the tester from the order sheet, they want a car that will go from Point A to Point B without complaint.

There will be a new Corolla coming in the next several months. If the Furia concept shown at the Twin Cities Auto Show in March is an indication of things to come, the Corolla has a bright future ahead in the upcoming generation of the best selling car in the world.

The Corolla is not a bad car overall. It runs well. It never offends when it goes about its business. That is all we want, and the Corolla simply works. For the 30 million-plus units sold worldwide over the past 45-plus years – it is all they really need. 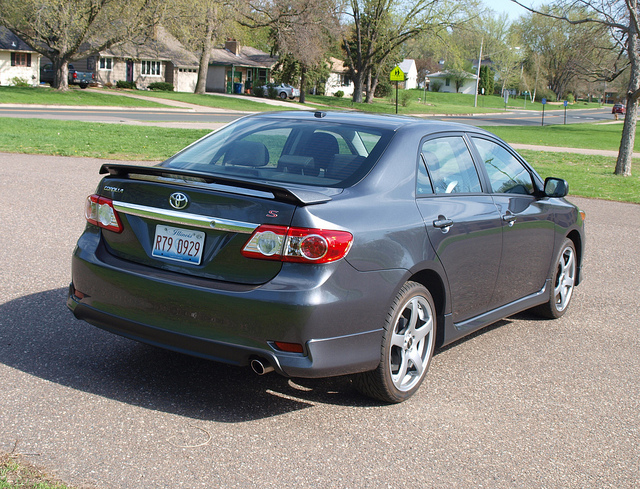 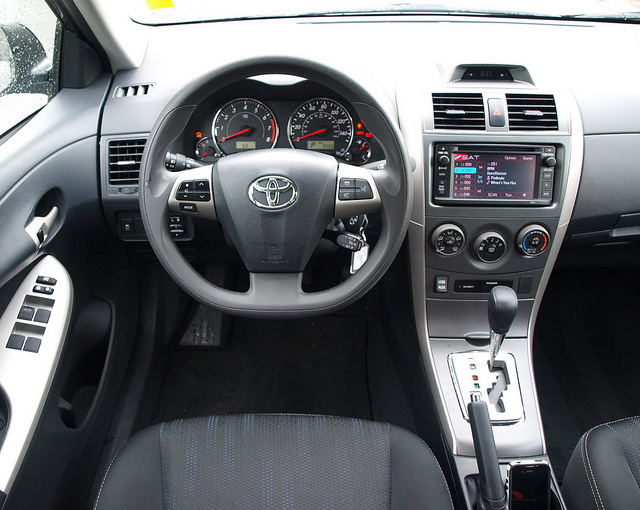 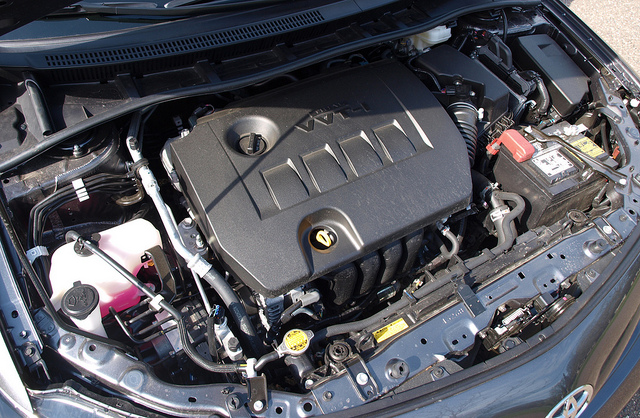 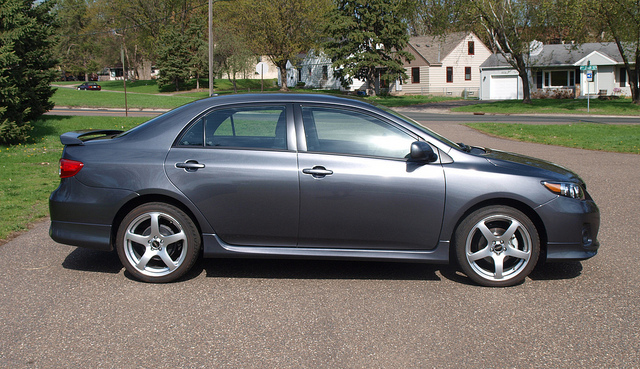