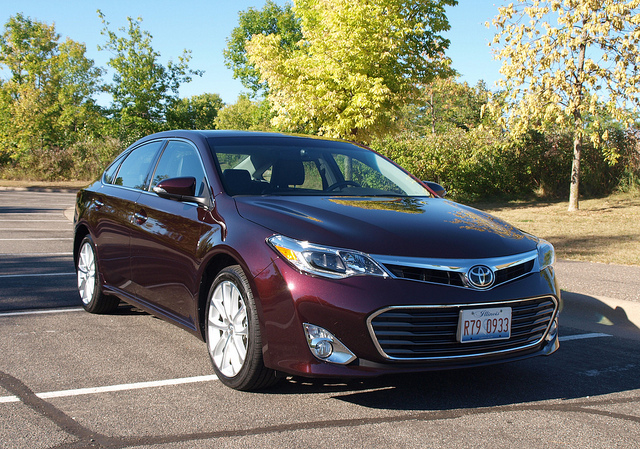 The full-sized car just isn’t what it used to be.

About two decades ago, the traditional full-sized car was a rear-wheel drive, V8-powered, body-on-frame holdover that went through various design changes towards being modern. Nowadays, they are mostly front-wheel-drive with equally powerful V6 engines and plenty of luxury goodies once found on more expensive models.

In the midst of this change is the latest Toyota Avalon. It too just went through metamorphous from being a soft big car on an extended Camry platform to something even more focused for its intended audience.

Clearly, Toyota wanted a lower average age of ownership for its big sedan. To execute this, the Avalon received a sleeker profile. With Toyota’s current design language as a guide, the Avalon is now transformed into a distinctive and modern sedan with a low profile and a compelling roofline and greenhouse.

The aggressive front end and its large lower grille invite everyone inside. The lines are sculpted finishing with a rear end that shows off details unseen in any Toyota before. One would hope for a larger set of tires and wheels, but the eighteen-inch alloys on this Limited model and low-profile Michelin Primacy MXM4 tires will do for now.

Toyota understood from the beginning the importance of playing in the full-sized sedan market. It needed to be as striking and distinctive as its competition. This time, the Avalon has the looks to compete to the head of the class. 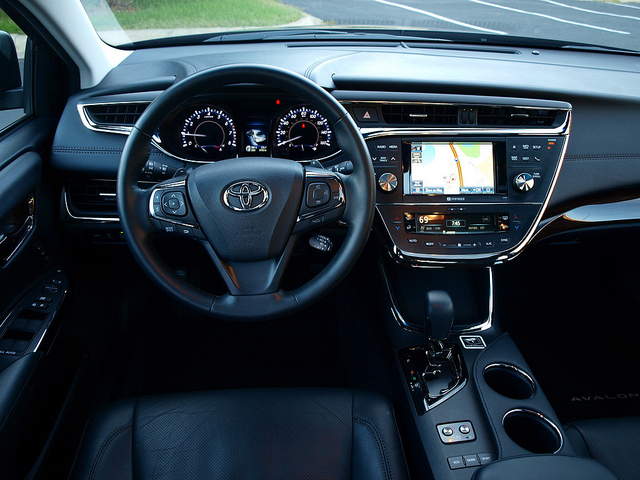 It is inside the cabin that the Avalon reveals its true self. It is a mix of the kind of luxury you expect from an Avalon – and a Lexus. If you peruse some of the switches and readouts, they actually came from Lexus models. The rest of the interior is somewhere between any comparable Lexus and anything else from the Toyota line – the overall cabin is very premium for the brand.

It starts with an instrument panel that is compelling to look and feel. Instrumentation is in separate binnacles that light up when started, with a switchable TFT screen in-between for trip and fuel consumption information. Switches on the panel and on the steering wheel work to keep the information and entertainment flowing. The center stack is even more compelling with its Lexus-style readouts for audio and navigation functions. Switches are light-touch that only require a slight finger action to control. Even the climate control screen is TFT, but without any touch screen functionality.

However, the seats are a different story. The grade of leather used is a bit harder than those used on any given Lexus. Perhaps that is fine, but the front seats do not offer enough bolstering to keep you locked into these seats and the power driver’s side lumbar support does not go all the way down and away for maximum comfort. There is plenty of legroom and width per seat to go around. Tall people may want to be careful when negotiating a position with the moonroof above.

Toyota figured to sell the Avalon as a livery sedan – a “town car” or “limousine” as they called in select markets. To do so, you must have a rear seat that accommodates everyone from business people to entertainers to those wanting to splurge for the night. The Avalon has the leg room to fulfill this new duty, but tall passengers over six-foot-three may want to watch their head in the area where the roof transitions to the rear glass. This tester actually came with a power rear window shade for privacy – perfect for livery duty. 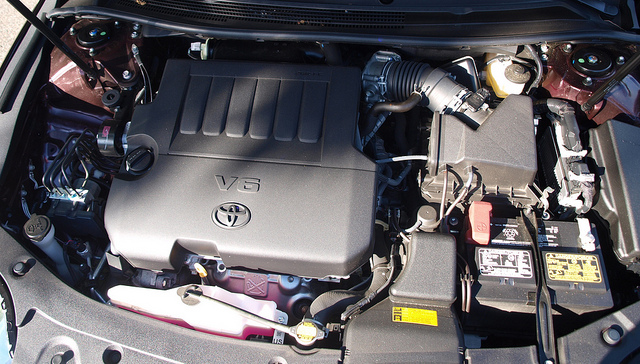 Powering the Avalon is Toyota’s balanced and proven 3.5litre V6. It is still the same 268 horsepower engine that keeps the lightweight Avalon – 3,538 pounds is considered “light” in this segment – on its toes at all times. Low-end grunt actually defies the 248 pound-feet torque rating, as there is a lot of low end to go when pushing the throttle. A six-speed automatic sends power down its front wheels. The shifts are smooth and swift, including downshifts.

There is a huge surprise waiting for traditional full-sized sedan consumers when they take the wheel of the Avalon. The ride is firm – unexpected from a sedan in its class with an intended audience that prefers comfort over sportiness. The good side of the equation is in its handling – near-flat in the corners and well balanced everywhere else. The flip side is the lack of give in the suspension. You will feel the bumps and hear the cracks in this Limited model.

There are other trade offs. Though the steering system is responsive and quite sharp for its size, it can be lazy on center and a bit vague on occasion. The solution is to put the drive mode in Sport from a series of buttons on the console. The extra weight on the wheel will help in firming up a few things when cornering and keeping things in order. The brakes are OK where stops are fine in both normal and panic situations.

Since all expectations are elevated in this class, fuel consumption becomes more critical than ever. The Avalon turned in an average 24.8MPG, which is average for this size of car. 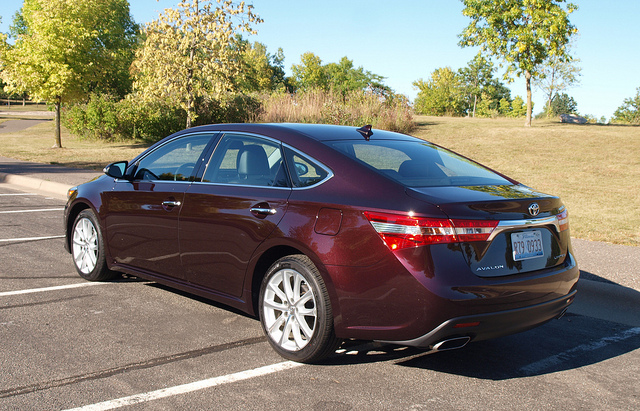 The Avalon line starts at $32,195 for the standard XLE model. Choosing the Limited will raise your sticker to $40,855. This loaded Limited tester came out to $42,449. You could also choose a Hybrid model for XLE and Limited trims for an additional average uptick of $1,800.

The full-sized market has certainly changed. Yet, products in this class are more distinctive than ever – real differentiation instead of copycat ideas to attract customers. Think about how the Chevrolet Impala emerged as the Avalon’s main rival. Not to mention the arrival of newcomers, such as the Kia Cadenza. This segment is primed for growth as consumers are looking for more space and luxury at a more attainable price point than the premium brands.

The Avalon is distinctive enough to lure its share of customers over to Toyota with its interior volume, powerful V6 and sportier road manners. This is why it has become the leader in the segment – with a big bullseye on its back for others to aim for.

Is this enough to consider one? You bet.