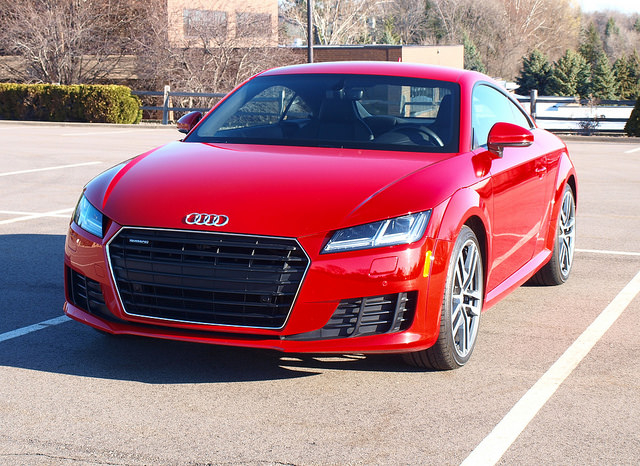 This year, I was able to bring a lot of great vehicles for you to read about here in Lavender magazine. It was a heck of a lot of work, but worth it. I hope you have read through the “Ride Reviews” and enjoyed our two automobile-themed issues we published this year.

There is one more task to accomplish. Every year, I have the arduous task of picking the best of the best of the year. Considering the vehicles that have been presented to you in these pages, selecting this year’s “best” was a difficult task to accomplish. There had been 20 vehicles reviewed in Lavender throughout 2016. All of these vehicles had their own stories to tell: sales redemption, new engineering and design, new performance options, and advanced connectivity and safety technology. Among these were icons of the automotive realm, leaving their legacies behind for their owners and fans.

Of icons and everyday vehicles, which ones are the best amongst these “Ride Reviews”? Let’s pick ten, shall we?

AUDI TT: At its finest, Audi can still make memories out of great designs and engineering. The TT is accessible and quite the driving experience. It is a coupe at its purest, though equipped with Audi’s latest advances, such as the Virtual Cockpit combining instrumentation and infotainment. With the turbocharged 2.0-liter engine, you can feel it run through its lightweight body. This is an Audi for enthusiasts who want the feel of a pure sports machine. 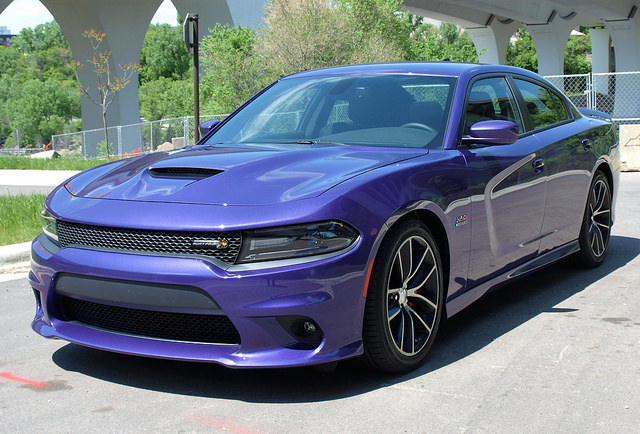 DODGE CHARGER: How can anyone ignore the sound and fury of 485 horsepower piped loudly through its exhaust? How can you ignore the rumble and the authority of this HEMI-powered, SRT-infused machine? The Charger we tested wore Plum Crazy paint; the car itself is absolutely that. A practical four-door with a hammer under the hood. You can get this with a sledgehammer, the SRT Hellcat with its 6.2-liter supercharged V8 engine and its 707 horsepower rating. We think the “392” is more than enough for this car. 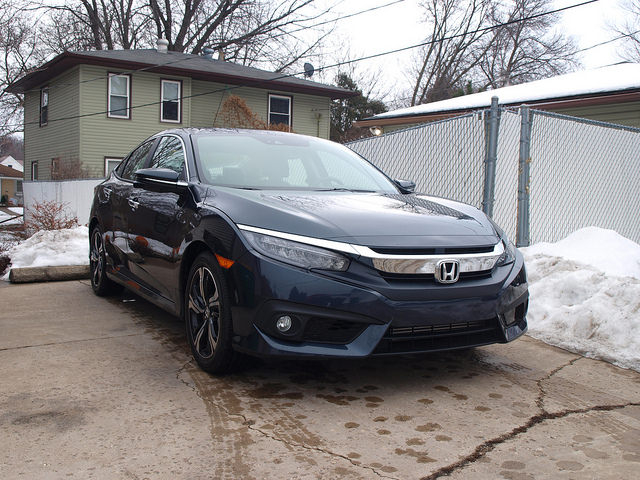 HONDA CIVIC: The newest version of this popular compact car is becoming the best one ever. Its advanced design, combined with a new turbocharged engine, advanced interior design, and engineering, along with active safety features, are all part of an equation that has brought Honda customers back to this car. Civics have been just mere reliable cars for everyday drivers. This one will bring even more people to the charms of its new era. 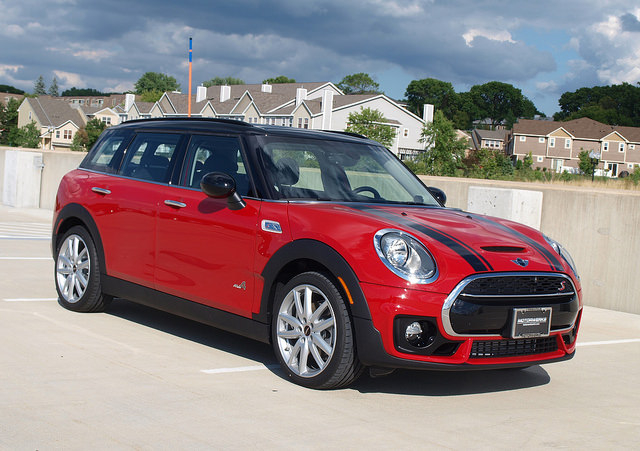 MINI CLUBMAN: This MINI may be a bit Maxi, but it still embodies all of the good things the brand has to offer. A lower center of gravity has been enhanced with a longer wheelbase for more interior space and access. A new set of engines give owners a choice of the kind of performance and economy they want. It is also one of the most customizable vehicles you can get at a dealership. For being the most practical MINI ever, it is also the most fun you can get in one, next to the Hardtops. 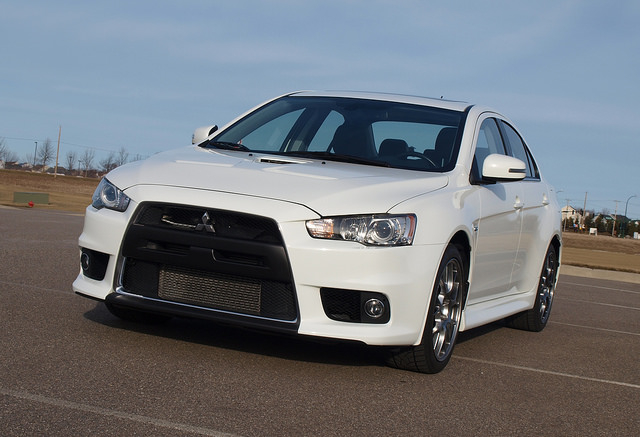 MITSUBISHI LANCER EVOLUTION: We said goodbye to a hero. The Evo starred in a film series that engaged a generation of car enthusiasts to its charms. It is all power, a big turbocharger, and all-wheel drive. This beast is untamable, which makes it desirable. The world has changed again with new contenders filling in for this master of all sport compacts. Still, people want an Evo. They want the untamed power of a big turbo, all-wheel drive and astounding driving dynamics. 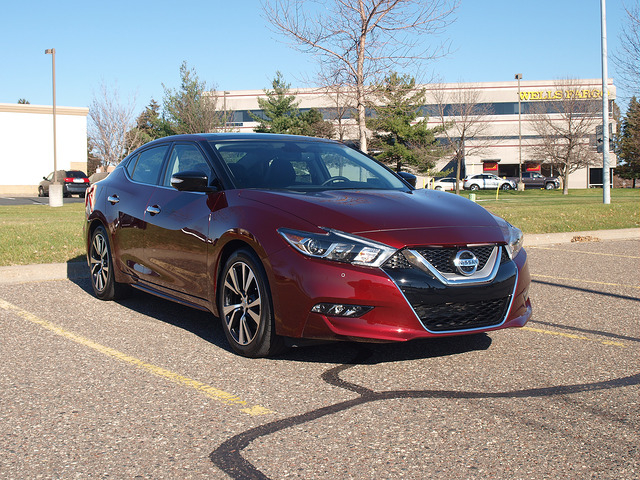 NISSAN MAXIMA: Nissan defined the big sedan decades ago when it was touted as the “Four-door Sports Car.” Generations later, Nissan went back to the drawing board and recaptured that feeling in a class that seems to be losing customers. However, it is a charming big sedan, full of performance, comfort, and style. Nissan’s response was to add more available active safety to go along with its new design. The result is a new attraction at the Nissan showrooms. 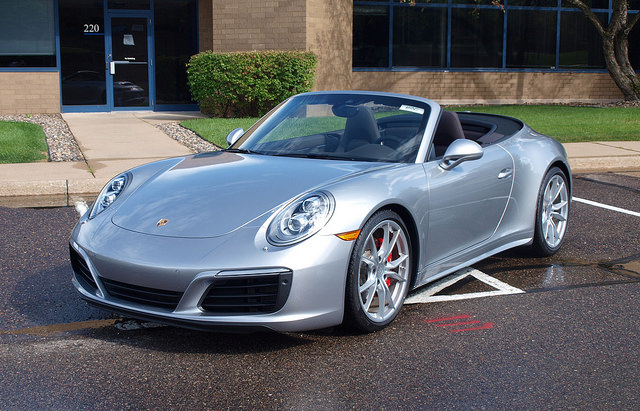 PORSCHE 911: An icon. A legend. A track master. We can go on describing what the 911 has meant for generations of owners and enthusiasts. In all, it is the experience that counts. The car evolved over time, but the formula has not changed: a rear-mounted, horizontally opposed, six-cylinder engine and a shape that has stayed the same. Everything else is just additions to the legend. The result has not changed, either: one of the greatest driving experiences in the world. 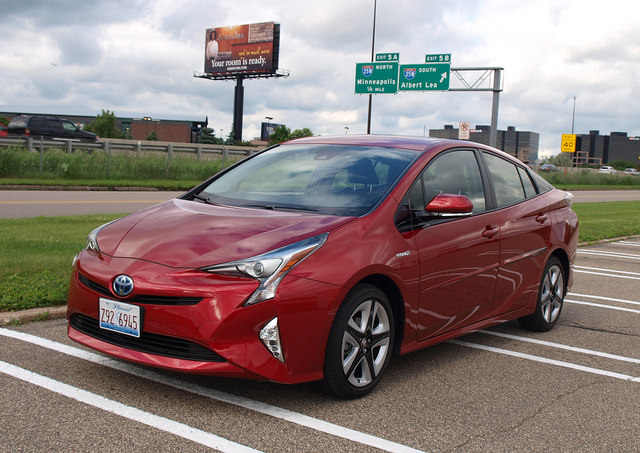 TOYOTA PRIUS: As much as our community loved these pioneers of the hybrid car genre, it has never been loved by anyone else. Yet, Toyota went on to create a polarizing design to hide the best-driving hybrid ever. This new Prius is more comfortable to drive, more engaging with its new rear independent double wishbone suspension and more advanced with active safety features and better aerodynamics. This may change the way we see the Prius once and for all. 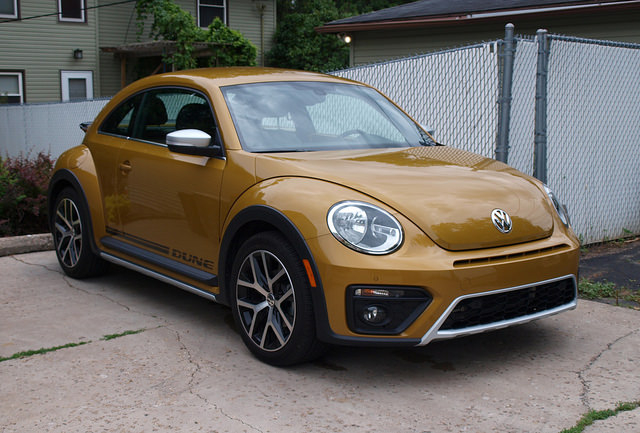 VOLKSWAGEN BEETLE DUNE: Shaped like the icons that once ruled the planet since the end of World War II, this new Beetle offers sportiness and value for its owners. Yet Volkswagen felt the car needed more pizzazz! It needed a reminder of what the old Beetle had done for the youth of the 1960s and 1970s. The Dune is that reminder of when dune buggies and Baja Bugs were the coolest cars around to have. This cool Beetle was a fun car to drive around in, for sure! 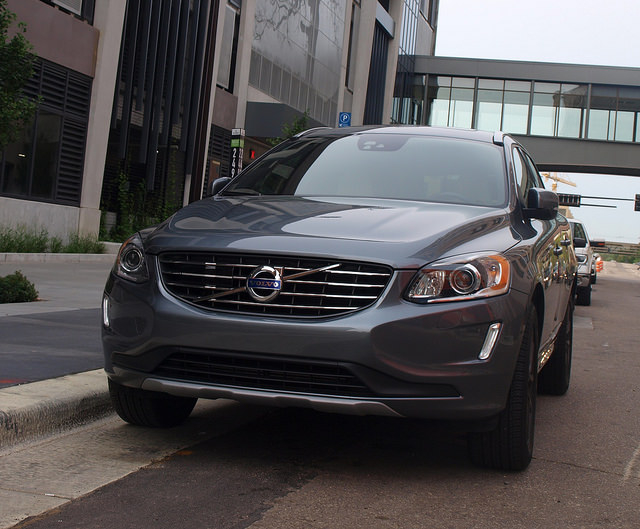 VOLVO XC60: The renaissance of Volvo is underway with new products designed to engage and luxuriate their owners. While the new products shine in their showrooms, the XC60 continues to attract both traditional and new Volvo owners to its charms. The practicality and capability has been enhanced by the addition of the Drive-E engine line to all of its models, including the turbocharged and supercharged version found on our tester. That is why you find a lot of these Volvos in our area.