Every year, I get the opportunity to drive a lot of vehicles. Some vehicles have been driven for around 15-20 minutes; others for as long as a week. In 2014, I averaged more than a vehicle a week…frankly, I lost count. Not that I record each vehicle when I drive it…it has been a year where it has been a mix of great vehicles too many to recall.

Lavender Magazine asked me what my “Best of 2014” was and I came up with this list. This was reflected upon a calendar year’s worth of cars, trucks, Crossover/SUVs and vans to not just pick my favorites…but to fit them into a “Best of” format. 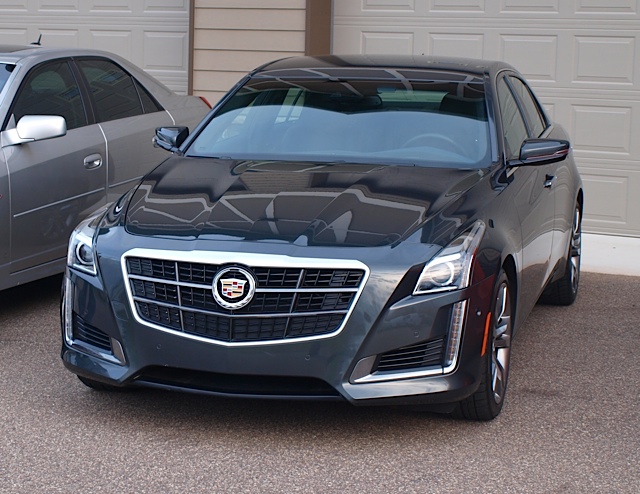 2014 ACURA MDX: Perhaps the best luxury crossover for the money. Acura has been enjoying great success with its three-row premium mid-sized family hauler. In fact, new customers are upgrading from the smaller RDX into the bigger model. Why? It drives superbly, has an exceptional all-wheel drive system, and is comfortable inside. Need any more reasons?

2014 BUICK REGAL: It was driven in Los Angeles and lapped at Road America. These are things you are not supposed to do with a Buick. So what? The Regal accomplished both tasks beautifully, thank you!

2014 CADILLAC CTS VSPORT: This is, in my humble opinion, the best Cadillac ever. 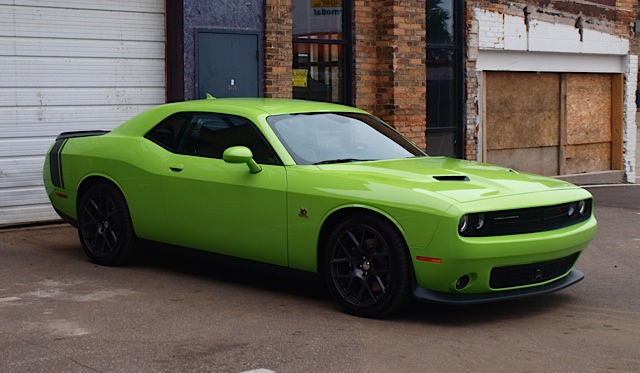 2014 CHEVROLET SS: It was everything it advertised. This Holden VF Commodore SS with the Chevy bowtie is not just a fire-breathing monster. It gobbled up roads with driving dynamics unmatched by any measure.

2015 CHRYSLER 200: Al Gardner is directing the former upscale brand toward a mainstream path. The first sign of this shift is the 200. Well done, Mr. Gardner!

2015 DODGE CHALLENGER: The best way to sum this up is what one of you asked in a comment on Facebook: “Did you find a car you would buy?” It would be the one car I truly fell in love with after a week’s seat time. 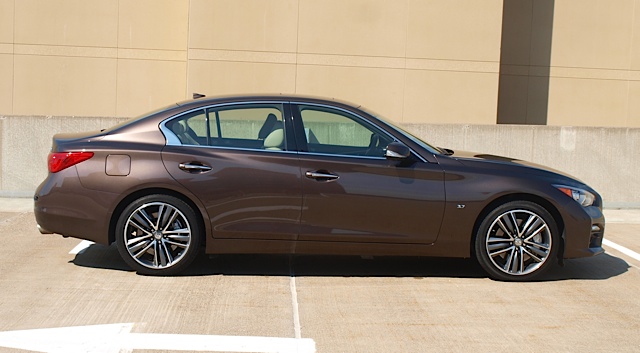 2014 DODGE DART GT: The Dart has still got it. Two years after my first drive, I can confirm that (a) the 2.4-liter Tigershark/Multiair II was worth the wait, (b) the Dart has some of the best driving dynamics of any car in its class and (c) it still does it for me. What is “it?” That would be the huge smile on my face after a drive in one.

2014 HYUNDAI EQUUS: Limousine space, comfort, and ride. It behaved exceptionally well for being a large luxurious sedan better appointed for livery service than a driver’s flagship.

2015 HYUNDAI SONATA: The previous model shook up a lot of conventional wisdom. The new model continues to do so, but in a mature fashion. If you still want something completely different, drive the Eco with its 1.6-liter turbo and dual-clutch transmission. Better still, buy one. 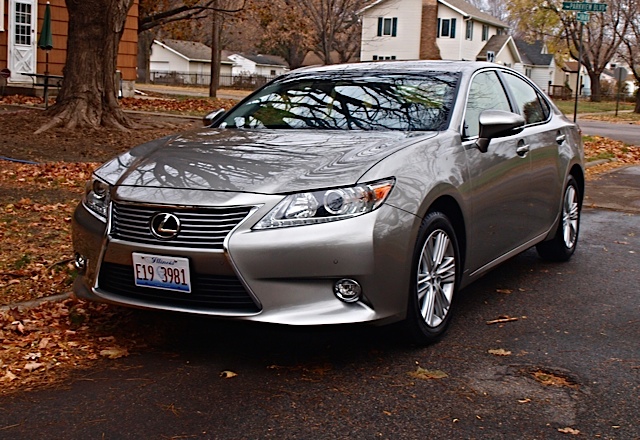 2014 INFINITI Q50: In a segment where the emphasis is on “sport,” there is some true luxury to be had. It is such a nice touring sedan that is athletic, but with a soft side, too. A nice balance, in my book!

2015 LEXUS ES 350: You know that warm, fuzzy feeling when you settle into a nice, comfortable place where everything is simply special? Add a V6, navigation and satellite radio to it, and you get this. Who needs hot stone massaging seats and a fragrance for the cabin when all you need is this car to take away the stress from your life?

2014 MASERATI GHIBLI: A mid-sized luxury touring sedan with a throaty exhaust connected to a twin-turbocharged Ferrari-developed V6…shall I go on? 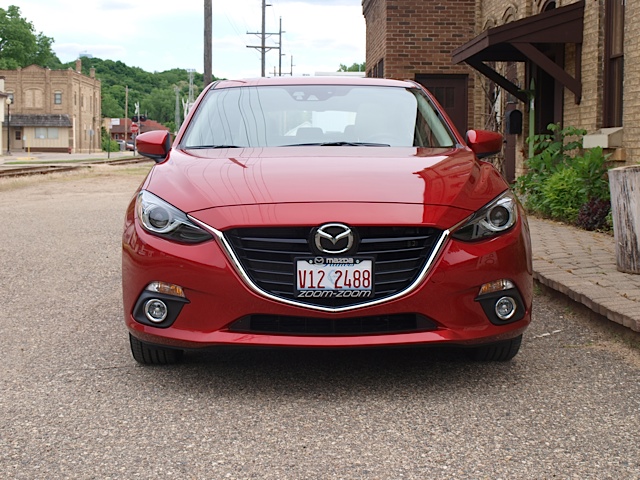 2014 MAZDA3: Best compact in the market? Absolutely! And, why have you not driven one?

2014 MAZDA MX-5 MIATA: “Jinba ittai.” In Japanese, that means, “Whoa, this roadster’s so cool!” Not to mention, it’s one hell of a driving machine!

2014 MERCEDES-BENZ S-CLASS: As a child, I viewed the S-Class as the pinnacle of what Daimler brought onto the world. Having driven one, I could only imagine how it would still retain this lofty vision. The W222 simply blew me away. However, it was not the S 550 that did so. It was the S 63 AMG. 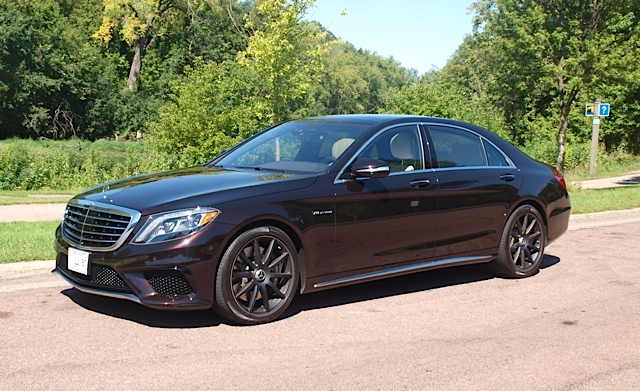 2014 PORSCHE CAYMAN: If you remember what a Porsche used to be, the Cayman will remind you of a time when they were pure and potent. The Cayman is a time machine back to the 1970s when Carrera 2.7s and 911SCs rocked Mulholland and the Blue Ridge Parkway. Yet, it is still a modern Porsche—engine midships, in front of the axle with today’s interior amenities. 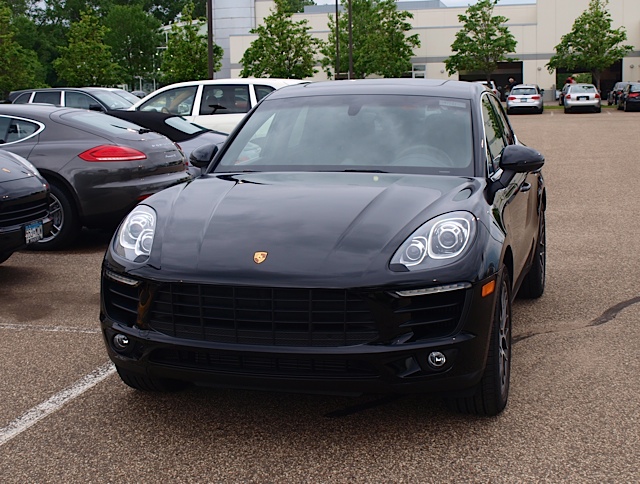 2015 PORSCHE MACAN: Before anyone sings “The Eye of The Tiger” or “Hold That Tiger,” understand that Porsche made a small crossover for enthusiasts. Between the power, the Porsche-like cabin, and the ride-handling mix, betting against the Macan is not recommended. 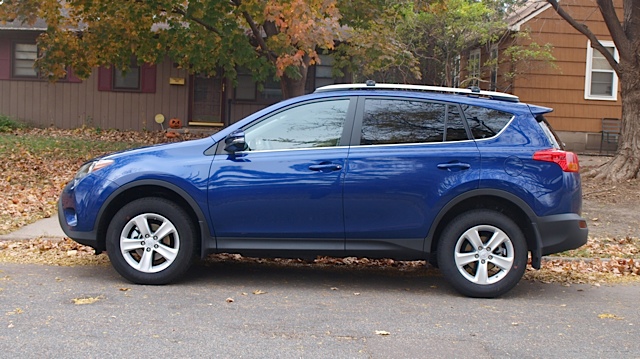 2014 TOYOTA RAV4: It defined the hottest segment in today’s vehicular universe. That was almost two decades ago. Today, consumers have gone elsewhere. The original still works—and well, may I add. Why not come back to the original?