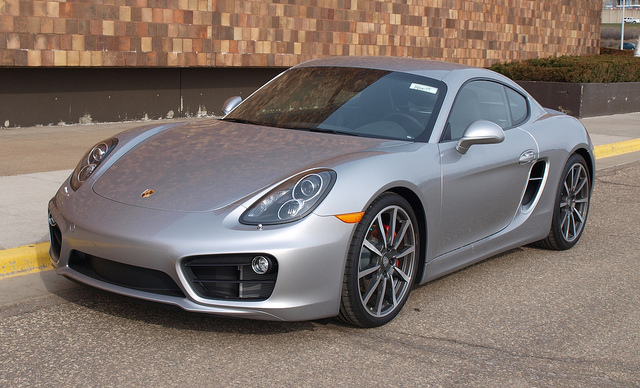 Name one of the greatest brands in the automobile world today.

You can name a few. You can name a lot. However, we would all agree upon one particular name due to its cache, history, and image. That name alone evokes performance, excitement, and a legacy of track victories that stretch several decades.

Let us not beat around the bush—everyone knows what a Porsche is all about.

Porsche is not an elusive brand. Yet, the brand from Stuttgart sits in a place on the automotive totem pole that seems unobtainable and exclusive to the average motorist. Its enthusiasts are amongst the most loyal of any brand sold anywhere in the world. An owner joins the Porsche Club of America, attends their regional track days, and properly cares for their vehicle, even if it is not a 911.

As an automotive journalist, it is somehow expected that you have driven a Porsche sometime during your career. It is the one brand that draws attention to your work. Everyone wants to read about a Porsche; primarily a 911, but any model would do.

I have a confession to make, however. I have never driven a Porsche in my life. I have been around them, sat in them, and wondered how hard could it be to drive one. All of that has been put to bed, as I have driven my first Porsche in my half-century of living.

When you drive a Porsche, you are supposed to have a rush of adrenaline. The roar from the tailpipe denotes something dramatic and exciting. A Porsche is supposed to rush you through traffic without scaring the living daylights out of you.

Still, you have to drive a 911. It is still a great car, yet some have balked at its price. Owners of 911s will continue to buy them at any price. But, what if you are part of that group who still wants the 911 experience without the 911 price tag?

Thankfully, Porsche created the Cayman. It began as a Boxster, the original small Porsche sports car created as a two-seat roadster. The Cayman was added to create a closed coupe experience with the Boxster’s mid-engine placement and smaller footprint. Now in its second generation, both the Boxster and Cayman received a plethora of praise by bringing back the purity of the older 911s.

Count me in that chorus. Having ridden in an old 911, there are certain aspects of that car that denote a wonderful experience of corner tracking, outright drama from the rear engine, and everything else that speaks to the 911 experience. From the driver’s seat, it felt as I just got into a 1978 911SC looking for a canyon road to carve.

It is tough to ignore the modernity of the Cayman. Certainly, the engine is in front of the rear axle. There are plenty of buttons and switches to change anything from the driving aspect to the navigation screen. The instrumentation may be missing a dial or two, but you have to admit there is a classic Porsche feeling when you sit low in the seat and position yourself behind the wheel. 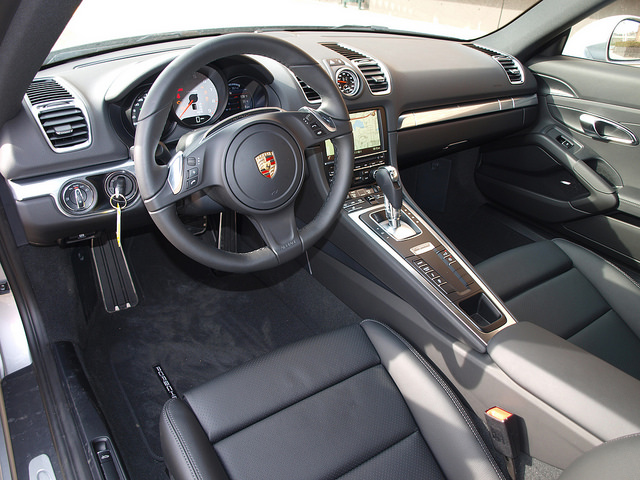 The cabin represented a less cluttered version of the current brand interior design. There are still plenty of buttons to use. You can open the front lid and rear hatch with a couple of buttons on the doorsill. You can switch your driving dynamics right by the gear lever. Plus, there are switches and buttons for the infotainment system and so forth.

Unlike the 911, there are only two seats in the Cayman. Though the seatback tended to be a bit stiff, you can find comfort in the cushion, where the insert between the bolsters is wider than most sports cars and exotics. You are guaranteed to be locked in behind the wheel with these seats, featuring a plethora of power-assisted adjustments to manage a lot of kinds of bodies. Keep in mind that you have the engine enclosure right behind you, all sealed and quiet for your pleasure.

To make your summer getaway worth the two seat occupancy in Cayman, there are two cargo holds for your weekend bags—one up front and one in the hatch. Both will fit a good-sized duffle each with three days worth of clothes and your sundries. If you must, Porsche would also furnish your vehicle-designed luggage with prices ranging from $175.00 to $775.00 per piece.

The Cayman S I drove had 325 horsepower on tap from a 3.4 liter horizontally opposed, six-cylinder engine. Combined with Porsche’s PDK transmission, this is a dream to drive. The immediate response from the throttle makes quick work of first gear. Second took a bit longer than one would like, but it will go through the remaining gears in quick fashion. Press the Sport button and the Cayman S comes alive. The only soundtrack that mattered was the one that had just been turned to 11 – the exhaust note. All gears get a quick change in Sport and you could possibly be in another state in a matter of seconds.

In case you are wondering, the sticker of a PDK-equipped Cayman S states you might average 24MPG in terms of fuel economy. This could be one of the most efficient sports cars in the market.

While Porsche sports cars usually have a firm ride, the Cayman S keeps it compliant and comfortable. There is a bit of a lean you feel, but that can be remedied with another button to adjust the shock dampening. Nineteen-inch Goodyear Eagle F1s keep the Cayman S planted through the tarmac and tried to manage bad road surfaces while making butter out of the smooth ones.

Steering in the Cayman reminds you of what a sports car is supposed to act like. It is perfectly weighted with great on-center feel and quick response. Brakes were good, with excellent pedal response towards solid normal stops. 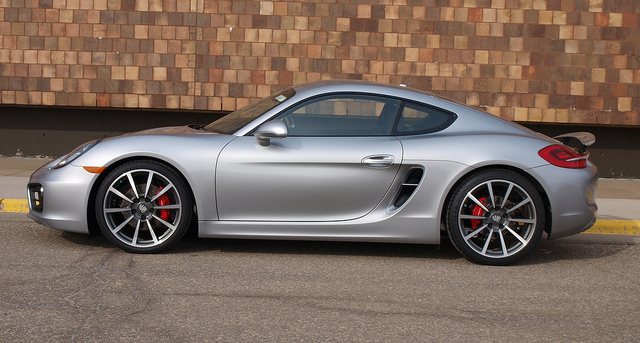 The Cayman presents a different argument. It is a two-seater that is fun to drive while remaining true to the traditional tenets of Porsche’s sports cars. Maybe that is enough for you to decide.

Besides, what car would you rather go in for your summer getaway? I am thinking the Cayman would be a great choice for many summers of road worthy adventures.